A Concord shop is selling Trump and Biden cookies. 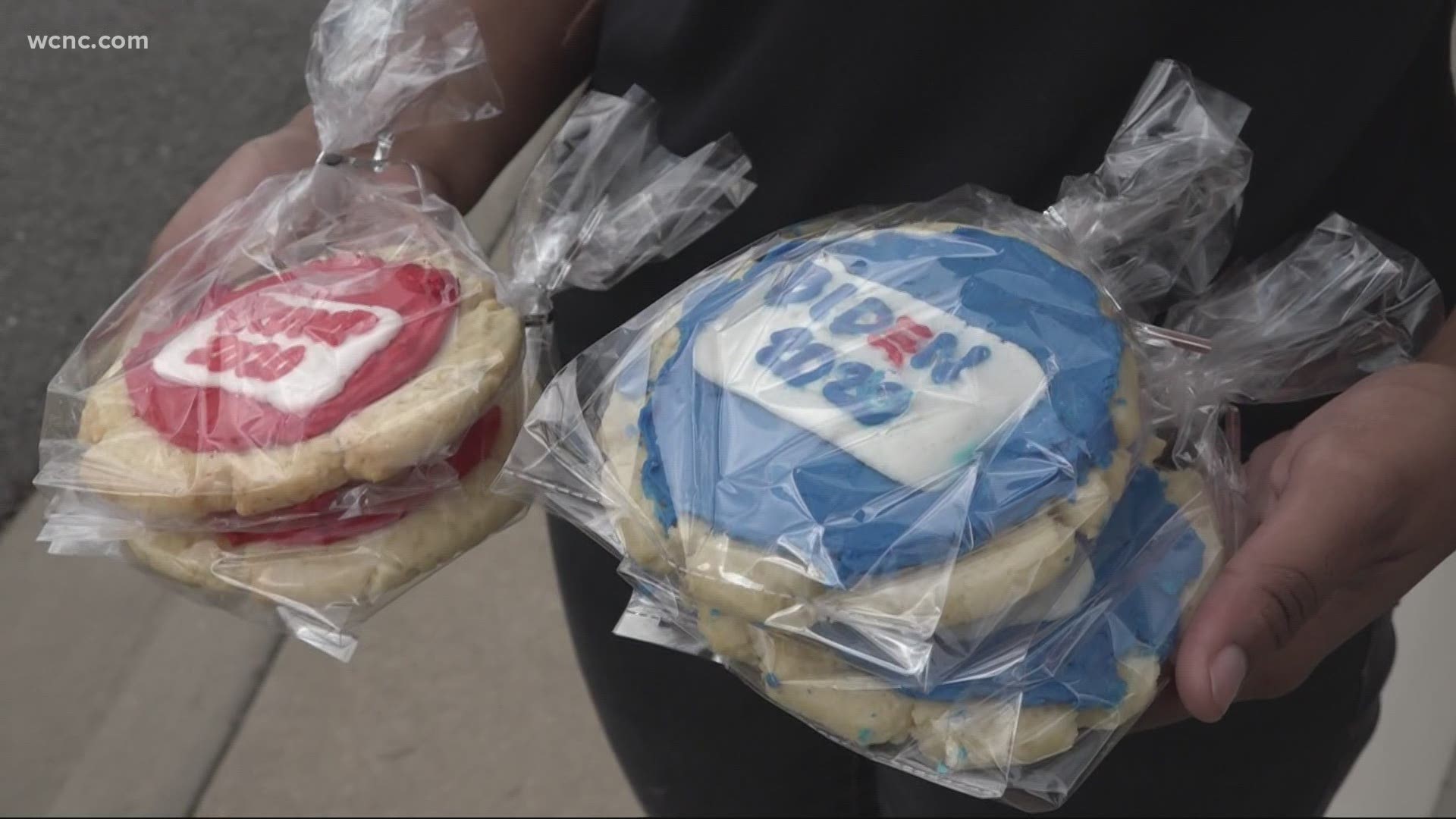 CONCORD, N.C. — North Carolinian's are already showing their determination to have their votes counted with the election just days away.

Meanwhile, one Concord soda and sweets shop is polling it's patrons on who they're voting for in this years presidential race with cookies.

Sip Co is asking voters who they are voting for in in the form of a cookie. It's simple, one cook is either a vote for Trump or a vote for Biden.

So far they have sold over 400 cookies, they just launched the cookie poll a couple of days ago.

"I just really like with the cookies people have a smile on their face," Sip Co. employee Taylor McCauley said.

McCauley says voting comes as a sense of duty, and the cookies are a sweet way to urge people to get out and vote.

"We started doing the poll because we wanted a fun and exciting way to encourage people to exercise their right to vote and diminish the polarizing nature of politics today," McCauley said.

There were Biden supporters and Trump supporters but whether you are blue or red everyone echoed the same sentiment. The cookies are a reminder to make your vote count.

President Donald Trump is currently in the lead for the cookie poll.

The early voting period continues in North Carolina until October 31.