Meet Chad Webster, a CMPD officer who is using his own life and his family's experiences to help create this fictional world. 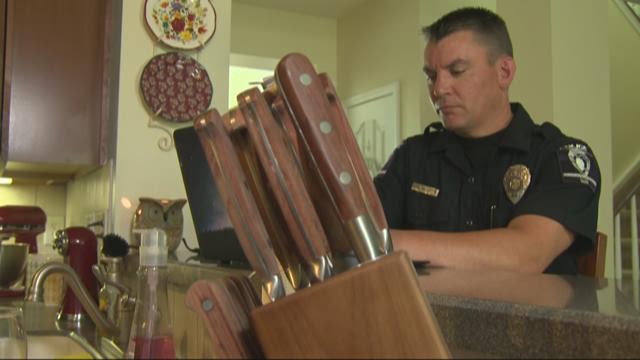 CHARLOTTE, N.C. -- A Charlotte-Mecklenburg Police officer is working what you might call an unusual side job.
Officer Chad Webster is the Community Coordinator for the University Division and he just wrote a children's book -- and he used his own life and his family to help create this fictional world.

Chad Webster is a veteran police officer, a family guy, father of four and soon to be a published children's book author.

He explains, “Mystery Muffin is an officer's daughter and she's kind of following in his footsteps investigating the strange things happening in their fictional neighborhood.”

It took Webster three years to write Mystery Muffin and Soda Pop Slooth In The Legend of Mr.Creepy – but it was a labor of love – and he used his own family for inspiration.

“She is a combination of my three girls, I take bits and piece of personality and put them in her.”

The book comes out at the end of the month but his oldest daughters school class got a sneak peek.

Katie, 11, says, “We would read two chapters a week and a lot of times they would want more, excited to see what would happen next.”

Webster is thrilled hearing that.

And he says there’s an even bigger reason for writing this book.

“If people can see beyond the uniform not only will I have achieved keep kids reading and writing – hey we're people too,” Webster said.

And his daughter is convinced he's got a hit on his hands.

“I think he's gonna end up writing a lot more,” she says smiling.

The book will be available July 31st. You can find more info here: http://www.ingramelliott.com/mystery-muffin.html