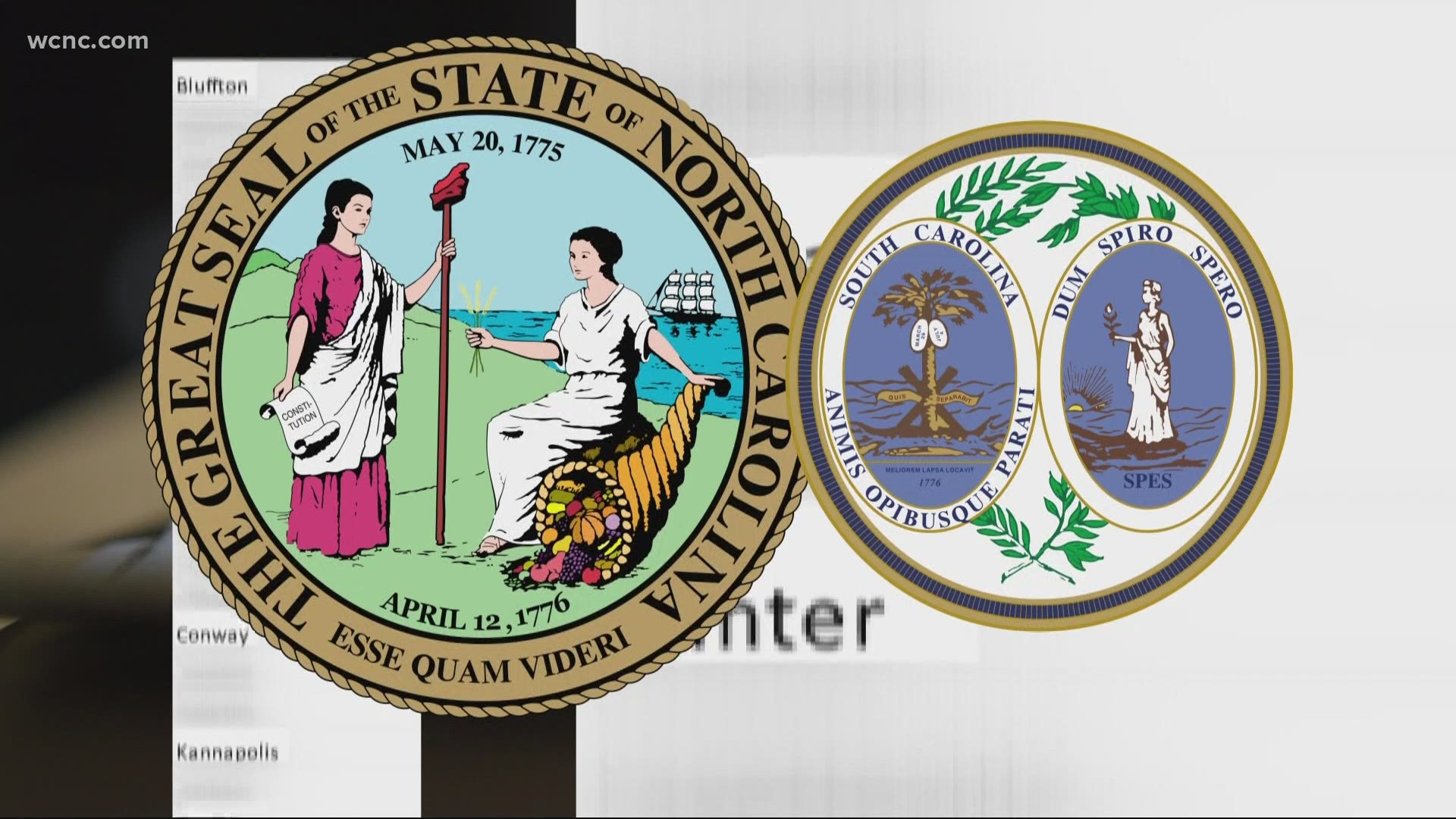 HUNTERSVILLE, N.C. — A national lawmaker is applying new pressure on the North Carolina General Assembly to come to the aid of one of Charlotte's largest suburbs after the federal government shorted the Town of Huntersville millions of dollars in pandemic relief.

"We write today in support of the Town of Huntersville's request to receive equitable funding from the American Rescue Plan in North Carolina's budget," the lawmakers said in their letter. "In our decades of public service, North Carolina has never faced a challenge as great as the public health emergency and economic devastation caused by the COVID-19 pandemic. While the undersigned have views across the political spectrum, this is not a partisan crisis. Unfortunately, the Town of Huntersville was shortchanged at a critical moment in our recovery from this crisis."

"They certainly deserve to have what they need and it's about fairness and equity and they've been shortchanged and we want to fix that," Rep. Adams told WCNC Charlotte. "They deserve the funding. It's certainly due to them and we want to make sure that they get it and we're going to do everything that we can to ensure that happens."

WCNC Charlotte's analysis of federal data found Huntersville is set to receive fewer American Rescue Plan Act dollars than 15 other cities and towns in North Carolina and South Carolina with smaller populations. The town's current allotment of $4.8 million is just under $83 per person, which is among the lowest per capita in the Carolinas and $12 million less than a Congressional report first estimated.

"It's substantial," Huntersville Mayor John Aneralla said of the discrepancy, referencing the town's roughly $45 million operating budget. "We got 70% less than what was projected. There are many towns smaller than us that got two or two-and-a-half times more money."

RELATED: 'I have 83 cents in the bank': Over 20,000 NC unemployment appeals still pending

The mayor said the underfunding is the result of a government "misclassification." He welcomed the additional support.

"The more people that can help us, the better we'll be," he said.

"With equitable funding from the American Rescue Plan, the Town of Huntersville will be able to invest in critical infrastructure projects, economic development, job creation, tourism, and the Huntersville-based non-profits that have held the community together during these difficult times," Rep. Adams and Sen. Marcus said in their letter. "Item 29 in Governor Cooper's American Rescue Plan Act, 'Assistance for Local Governments,' would solve this problem and make Huntersville whole. We respectfully ask that it be included in the state budget this year. While $12 million is a small fraction of the almost $6 billion dollars in American Rescue Fund, it is a transformational sum for a city of almost 60,000. We hope you will seriously consider this request. The people of Huntersville, North Carolina's 17th largest city, do not have time to wait."

RELATED: Petition calls for monthly $2,000 until end of pandemic

Item 29, referenced in the lawmakers' letter, would also provide $12 million to the Town of Apex in Wake County. The town, similar in population size, received just $88 per person, according to WCNC Charlotte's analysis of federal data.

Rep. John Bradford (R), District 98, said he has formally requested funding in the House budget to close the gap for Huntersville.

"I'll be fighting to try to get as much of that money as possible," Rep Bradford said.