In late March, area veterans waited on 30,000 unpaid travel claims. In the weeks since WCNC Charlotte started asking questions, the VA has cut the backlog in half. 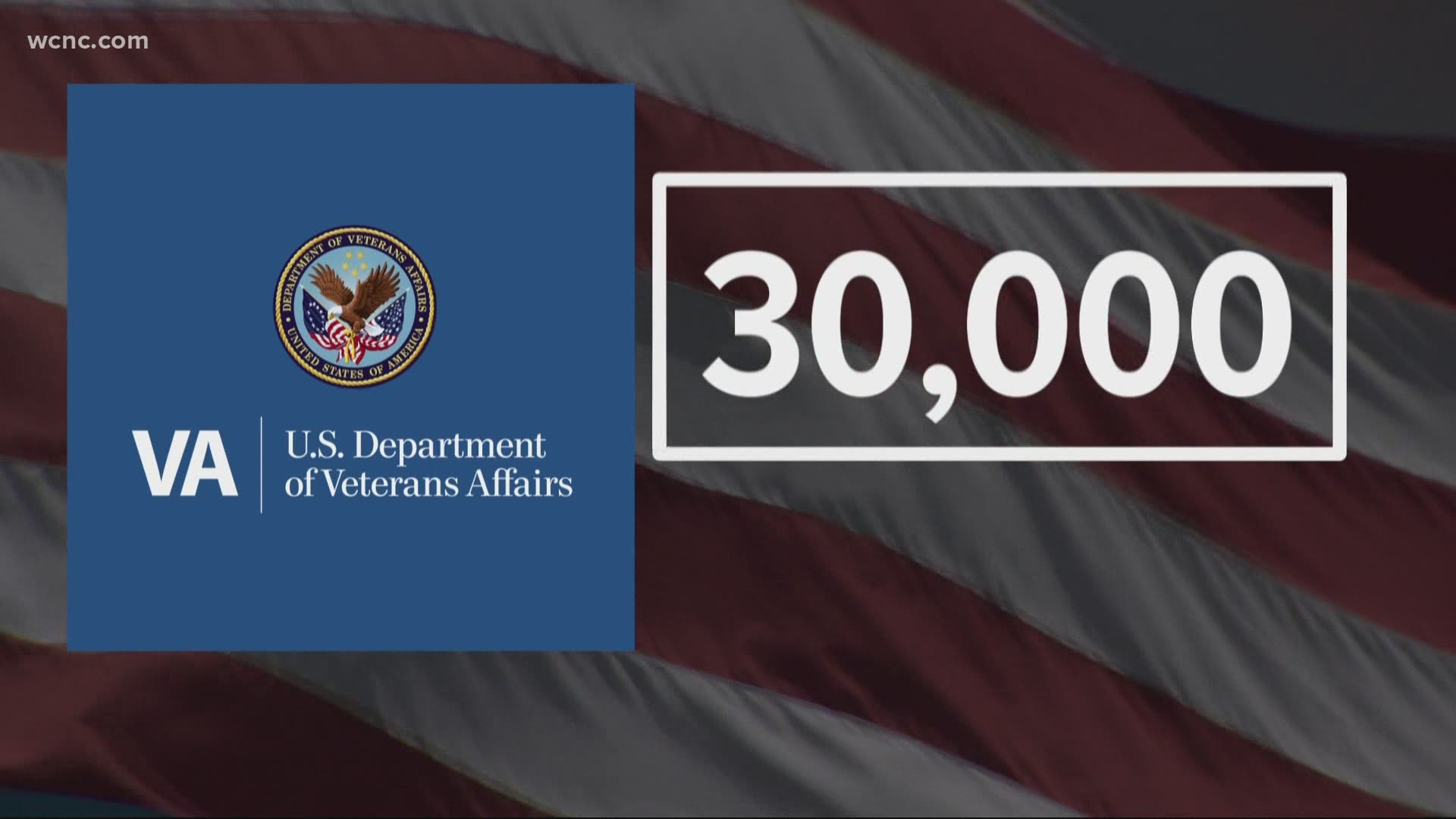 SALISBURY, N.C. — Veterans who rely on the Salisbury VA Medical Center for their medical care are waiting on hundreds of thousands of dollars in travel reimbursements. The Bill Hefner VA Medical Center reports a backlog of 15,000 pending travel claims.

Navy veteran Rhonda Griffith is among those waiting.

"Next month will make six months," she said. "It's disgraceful."

When WCNC Charlotte first talked to Griffith in March, the VA's backlog stood at 30,000 pending claims, which was the equivalent of $1 million in unpaid travel reimbursements. In the weeks since WCNC Charlotte started asking questions, the federal agency cut the backlog in half.

"Salisbury VA has worked diligently to decrease its number of pending travel reimbursement claims," the VA said in a statement. "Since late March, staff in the Travel Department have reduced the total number of pending claims from 30,000 to approximately 15,000. VA staff will continue to make this a priority until all claims have been processed and paid."

The VA's Beneficiary Travel program reimburses eligible veterans for mileage and other medical-related travel expenses. The agency changed the way veterans file claims in October, moving from paper to primarily online. According to the VA, the new process and system are responsible for the delays.

"Salisbury VA is doing everything it can to process claims and issue payments to Veterans with a target date of May 31," the VA said. "A tiger team has been dispatched to resolve and expedite the processing of outstanding claims...While each claim value changes based on distance traveled and expenses claimed, historically, the average claim amount for mileage is $35."

Veteran Rhonda Griffith is frustrated it's taking @SalisburyVAMC months to reimburse her travel expenses. We discovered a backlog of 30,000 unpaid claims. After our questions, the VA paid out half. 15,000 remain. @BenjaminKrause calls it a "tragedy" LINK: https://t.co/K4zmbYsxI8 pic.twitter.com/RwRyh3Copq

Griffith said her claim is worth $52.

"I don't care if it's just a dollar," the veteran said. "Driving from Gastonia to Salisbury, it is not around the corner. It really bothers me. Trust me, when I'm speaking, I'm advocating for all of us. I believe that they can do way better."

The Salisbury VA experienced another travel reimbursement backlog in 2016.

"There are many veterans who rely on this system who are in a lower-income bracket, who are barely making it day-to-day who rely on that money to get access to health care," attorney Benjamin Krause said. "What's really a tragedy is the travel pay program is supposed to pay the veteran at the time when they incur the cost of the visit to the VA facility to get care."

Krause exclusively represents veterans and their families. He said the VA has a history of problems with travel reimbursement and a history of no accountability when those problems surface.

"The agency needs to put veterans ahead of politics and a lot of times what we're seeing is the agency rolling out these systems before they're ready and veterans are being adversely affected," Krause said. "The leadership within the VA that makes these decisions to prematurely roll out these systems, at least publicly, do not appear to be held accountable and it's really a shame that frequent we're seeing politics again being put ahead of the needs of the veteran and the veteran's being placed into a hardship, especially when it comes to the health care that they desperately need."