Beer and pizza: Made possible thanks to COVID-19 innovation grant

One of Charlotte's first breweries has a whole new stream of revenue thanks to a special grant meant to help businesses during COVID-19. 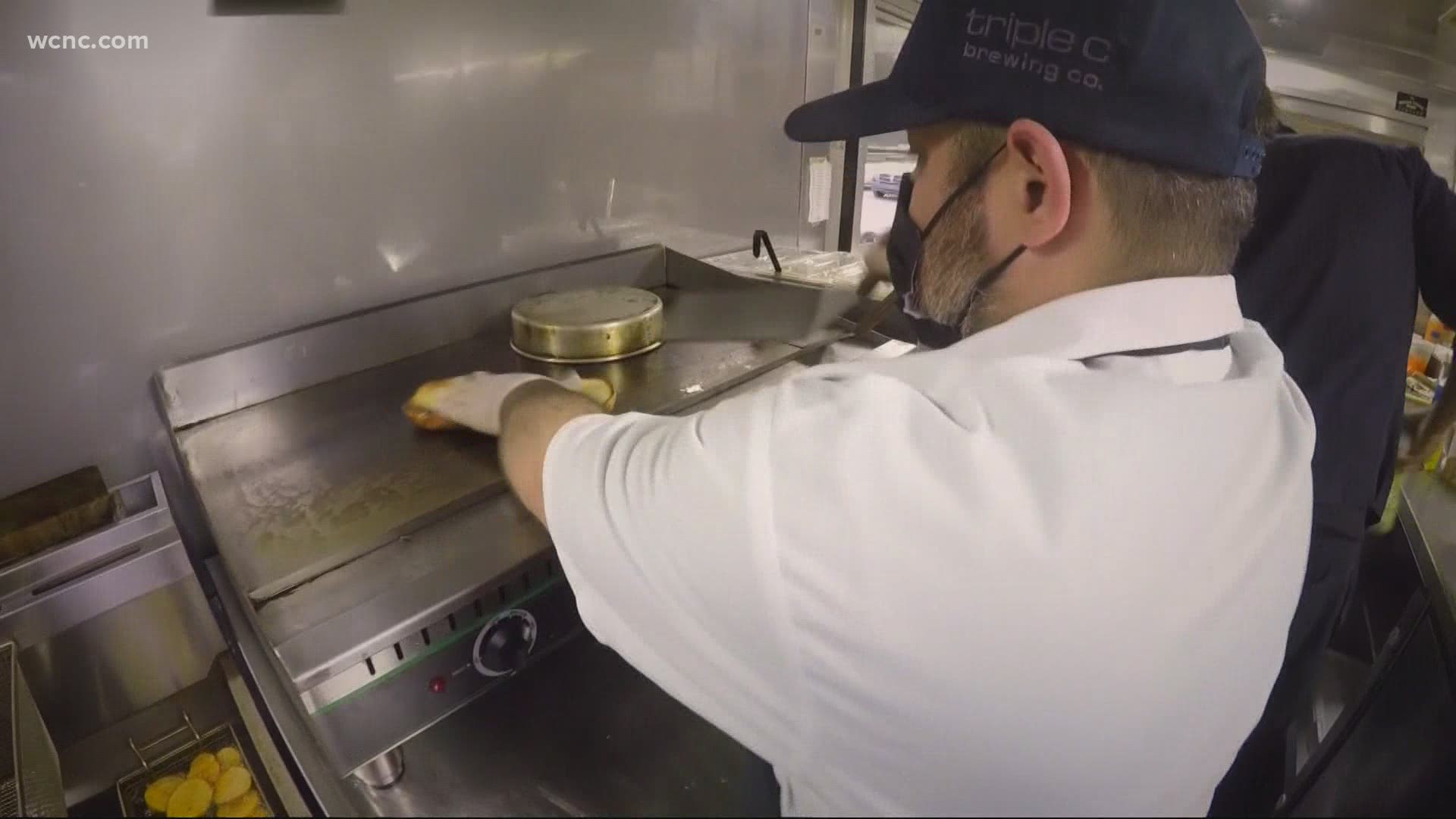 CHARLOTTE, N.C. — Restaurants and breweries have been some of the hardest hit by COVID=19, but one Charlotte brewery found a new lease on life thanks to an innovation grant that prompted a whole new stream of revenue for them.

These innovation grants, a collaboration between Charlotte Center City Partners and Honeywell, are focused on helping small businesses innovate in order to save jobs and, ultimately, the businesses themselves.

When Triple C Brewing Company in Charlotte's Southend opened in 2012, they were one of the original breweries in the area.

"The early years were amazing," owner Chris Harker said. "It was great. We really got caught by surprise with how busy we were. Anytime we opened the taproom doors we were flooded."

Even as dozens of new breweries opened across the city, Triple C stayed busy, until March 2020.

"It was scary," Harker said. "We didn’t know what to do. We had to furlough some people, jumped around and got a PPP loan, luckily."

Still they struggled, losing about 25% of their revenue until they heard about the innovation grant the Charlotte Center City Partners created to get money to small businesses in the uptown area.

"They think small business is vital to this part of town, and they wanted to keep us around," Harker said.

Honeywell gave $2 million, Duke and Bank of America contributed and the City of Charlotte put in some federal money from the CARES Act.

"We're having a lot of fun with it," Harker said.

Triple C used the money to start serving food for the first time, bringing in a wood-fired pizza trailer where customers can order several kinds of pizza, chicken sandwiches and more.

Harker said even with the winter weather, they're seeing lots of people take advantage of the new food offering.

"It's been very very busy," Harker said. "It's just really gonna open a whole new bag of tricks for us and make us a stronger company and help pay everyone and keep the doors open."

In all, there were 116 innovation grant recipients which equate to more than $3 million spent to help small businesses in the Uptown area get creative to keep their doors open amid the pandemic.