Small businesses in Charlotte team up during pandemic

2020 was an unpredictable year, hard on many business owners. These two Charlotte businesses say they’ve been able to count on each other, though. 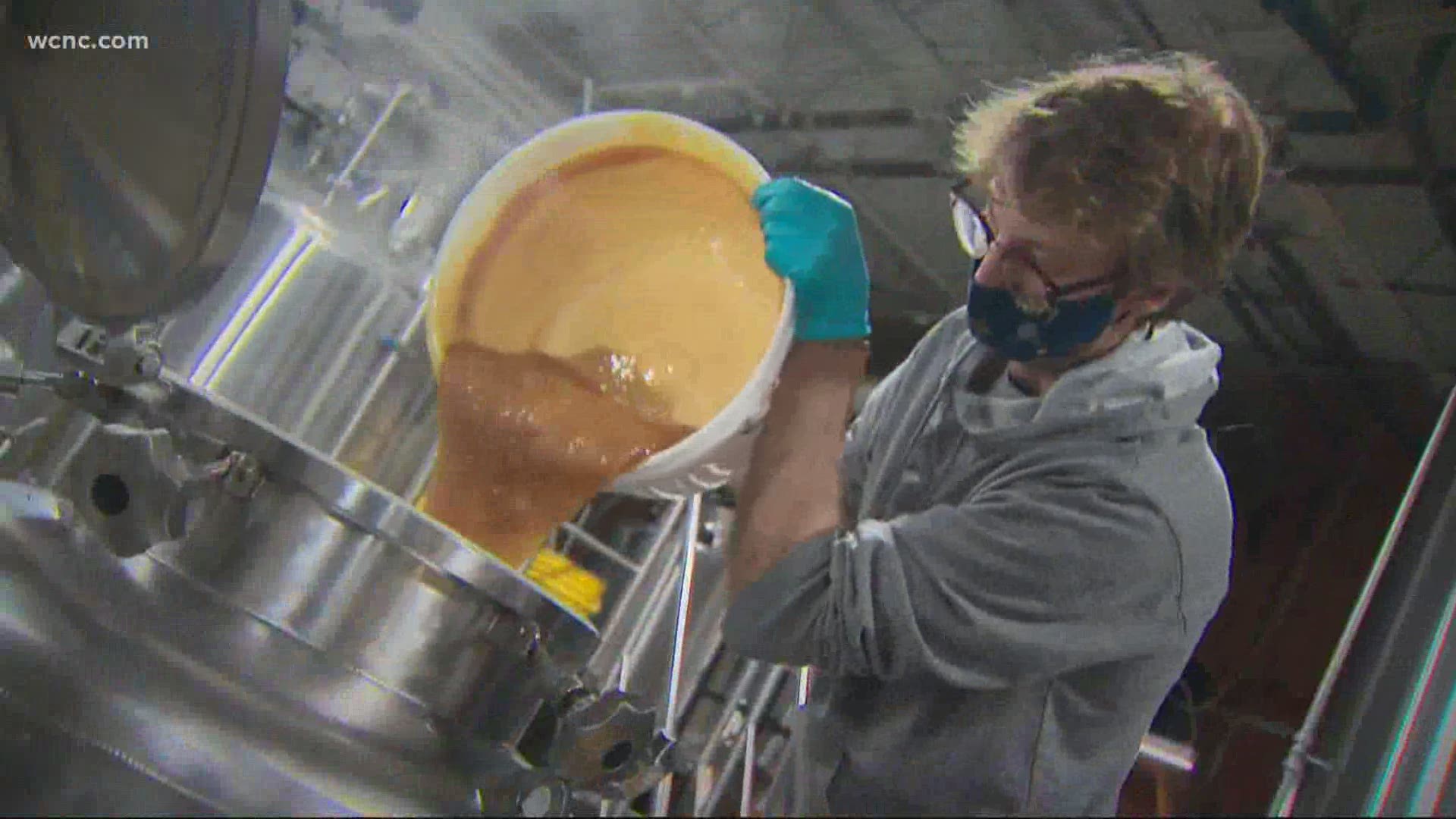 CHARLOTTE, N.C. — From layoffs to major changes in the way they do business, to getting turned down for PPP, two Charlotte-area small businesses have faced a lot this year. But they say their unique partnership is helping them through it.

Birdsong Brewing Co. in NoDa and Cloister Honey say working together during the pandemic means they know what they’re getting and who they’re getting it from and that makes all the difference right now.

Birdsong has been around for almost a decade

"We kind of joke were part of the OG Charlotte breweries," Head of the production, Conor Robinson said.

So they’ve got their business model down, people enjoy the taproom, and their cans are sold in grocery stores -- and that’s actually where they saw the bulk of their revenue this year. But sales are still down and they didn’t get any government help.

"We definitely tried to get everything we can but we were turned down," he said.

Randall York owns Cloister Honey, a Charlotte-based company that he and his wife started out of their home and is now sold in 500 stores in 40 states but they too have also faced struggles this year.

"Tapdancing constantly. We cut the staff some. It has been stressful because the supply chain has been interrupted this year," he said.

The one thing both businesses say is that they’ve been able to count on each other. One of Birdsong’s most popular brews is made with Cloister Honey.

"I feel like it’s the best thing we can possibly do," Robinson said.

"They're just really good guys,  we know them by name, it's not just were shipping and we expect an invoice to be paid we're actually working with someone," York said.

"If they’re struggling, we’re struggling and if we help each other out we can continue to make the community stronger.”

Cloister Honey said while their retail sales have been way down, some stores haven’t placed orders in nine months. Their online sales have literally doubled and it almost evens out.