From tax policies to loan forgiveness: What to know about Biden's economic plan

The balance of Congress will play a big role in what happens, and the jury’s still out on that. 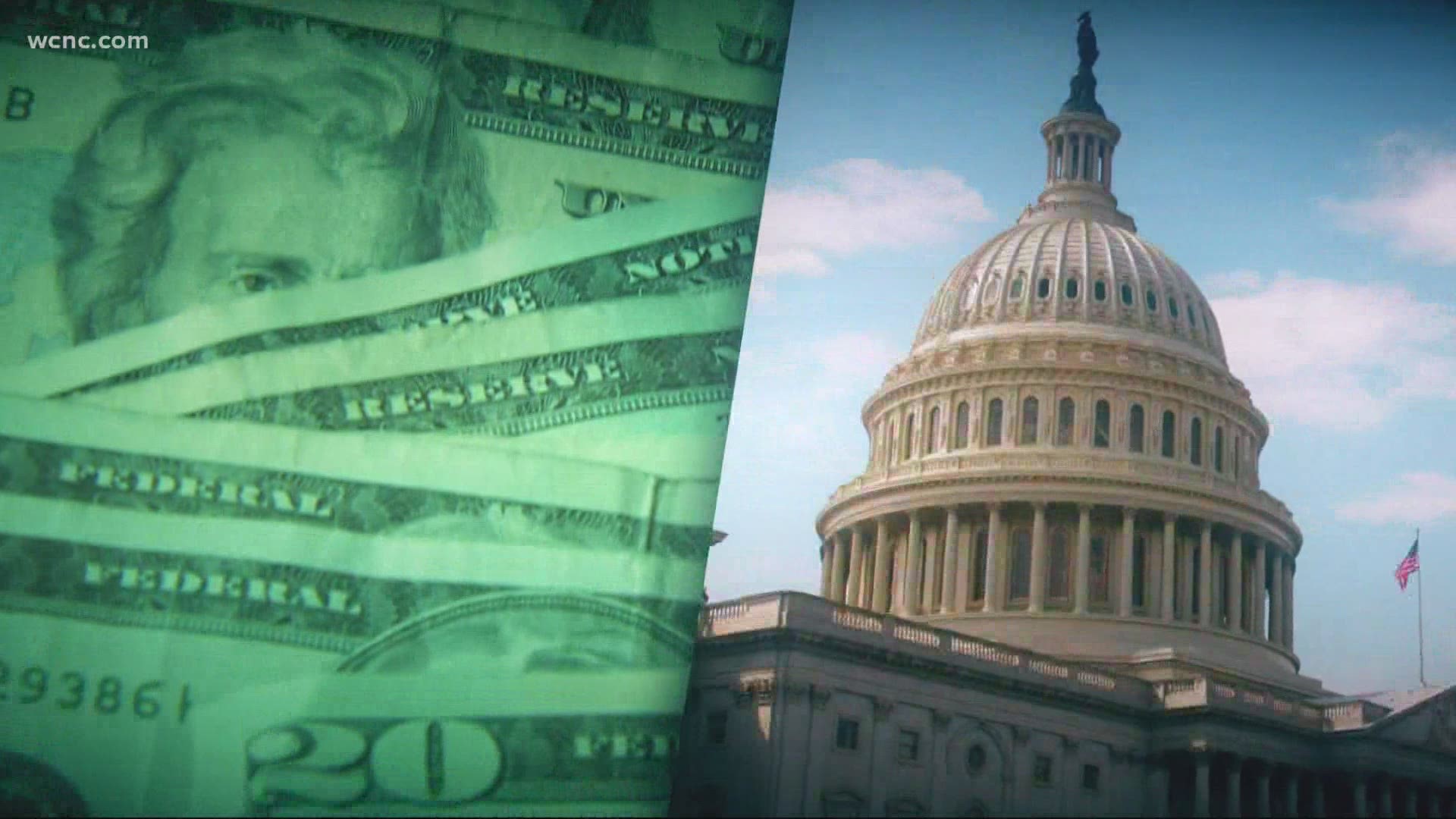 WASHINGTON — Even though President Donald Trump has yet to concede amid unproven claims of election fraud, President-Elect Joe Biden is beginning the transition to the White House.

Biden’s platforms, from tax policy to loan forgiveness, could change the bottom line for many Americans’ finances.

“The Biden administration has ambitious plans on a number of different fronts," said Mark Hamrick, senior economic analyst for Bankrate.com.

Top of mind for many Americans is how a Biden administration might influence new COVID-19 relief legislation.

That could mean another round of stimulus checks and increased unemployment benefits.

Biden also wants to give parents a tax credit of $3,000 per child age 6 to 17 years old, and $3,600 dollars per child under 6, which could be collected in monthly payments.

But the balance of Congress will play a big role in making that happen, and the jury’s still out on that.

“The huge wild card in all this is the ultimate control of the Senate," Hamrick said.

RELATED: GOP White House hopefuls wait to see what Trump does next

"Many of the more conservative Democrats or moderate Democrats would find it difficult to spend more on programs that the progressive Democrats might find very attractive," Conway explained.

“The legislature and the president really have to be on the same page for anything major to happen for our wallets.”

Regarding income taxes, the average American won't see a change.

The Tax Foundation estimates under Biden’s plan, by 2021 the top 1% of taxpayers would see their after-tax income reduced by 11.3%.

For those in the 90th to 95th percentile, after-tax income would be reduced by .2%.

“He seems to be splitting the difference giving us a more moderate plan there," Hamrick said.

President-elect Biden wants to use those tax increases on the wealthy to expand social security, including raising the minimum benefit amount.

Those who are college-bound and some graduates with student loans could also see some relief.

“We have a mountain of student loan debt in this country, totaling more than $1.5 trillion," Hamrick said.

Biden wants to make public college free for families that earn less than $125,000.

That could completely wipe out student debt for nearly 15 million Americans.

“Debt forgiveness would be something that would be somewhat stimulative for the economy," Conway explained." Removing a need to pay student debt ... that could well be used to spend on other things."

These policies could change the way you earn, save and spend. But again, much of it will come down to Congress.

“If we cannot have that kind of collaboration and cooperation, we won't see a great change in how various federal programs affect our wallet," Conway said.

President-elect Biden has proposed raising the national minimum wage to $15 an hour. The current federal minimum wage is $7.25 per hour, which has not been updated since 2009.

President Donald Trump has stated that increasing the minimum wage would be a hindrance to small businesses, many of which are already struggling as a result of the pandemic. Trump has asserted the decision of minimum wage should be left to the states.

"Parents are struggling to find childcare while they go to their essential jobs, or find themselves as 24/7 caregivers trying to keep their children safe and learning while working remotely," Biden's website states. "Other parents are caring for their kids, while worrying about how they will make ends meet after having hours cut or losing their jobs."

Joe Biden supports a plan that would increase the corporate tax rate from 21% to 28%. His policy would also raise the minimum tax on all foreign earnings of United States companies to 21%.

US corporations that source jobs outside of the country would face an additional tax penalty.

Biden has also pledged to invest $400 billion into manufacturing and $300 billion into research and development, which he's estimated would help create 5 million jobs.

President-elect Biden wants to use the money from the tax increase on the wealthy to make changes to social security. He has proposed increasing Social Security’s minimum benefit for low earners to 125% of the federal poverty line ($1,301 per month).

Biden also wants to increase survivor benefits by 20%, as well as expand coverage for those over 78 years old, those with low incomes, and widows and widowers.