“They’re scrambling and all trying to figure out with bankers and lawyers how they can spend that in a legal way that complies with the guidance." 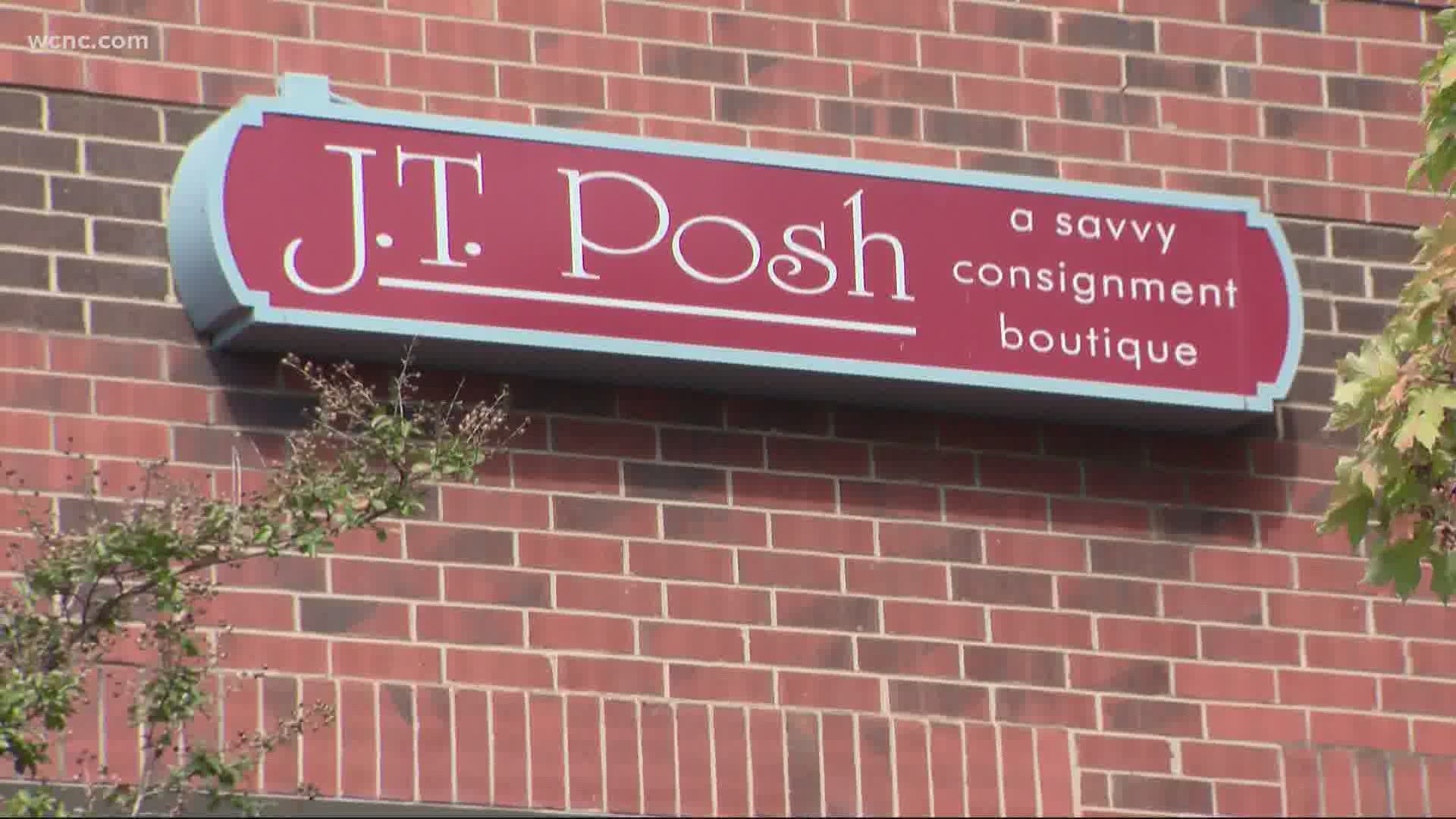 CHARLOTTE, N.C. — Some small business owners in Charlotte say while they finally got their PPP loans, there are some tricky strings attached which could mean they have to give the money back.

The Auten family has run J.T. Posh, a popular upscale consignment shop in Dilworth, since 2007, but this March they had to lay everyone off when they were forced to close down.

“It was heartbreaking it really was," Tracey Auten said. "I wanted to pay them with my own money I just felt awful.”

“We applied for a PPP loan immediately but we missed out on the first pass,” her dad Jim Auten said.

They finally got a loan in May, when more money was made available. But the PPP loans have strings attached, and it turns out those strings might strangle many small businesses.

Karen Deierhoi is the co-founder and President of Charlotte-based Black Wood finance and accounting.

“They’re scrambling and all trying to figure out with bankers and lawyers how they can spend that in a legal way that complies with the guidance," Deierhoi said.

Right now, the rules say businesses can only use 25% on expenses like rent and utilities and the rest has to go to paying workers — and has to be spent in eight weeks, or else the loan won’t be forgiven and must be repaid.

“That’s gonna be a little tough for us," Jim Auten said. "I’m not sure we're going to be able to meet that 75% payroll in an 8 week period.”

There’s been so much outcry, the House and Senate are expected to vote in the coming days to extend the period to at least 16 weeks – maybe more.

"If they extend it that would allow us to run the business like we need to run it and use that money efficiently," Jim Auten added. "That’s my biggest concern right now.”

But he says the loan is the only reason they’re back in business today.

“I’m thankful we got the loan regardless if we have to pay part of it back," he said. "Quite honestly, without the loan, we might not be able to reopen, it's just that simple.”

The best advice for small businesses  — hold tight, the rules may change in the coming days.

In the meantime, consult with advisors about how to spend the money. Worst-case scenario, if you have to pay some of it back, it becomes a 1% loan that you have six months until you have to start payments.

RELATED: 'He has no such authority': Legal experts weigh in on Trump social media threat

RELATED: Some Charlotte small businesses closing for good due to COVID-19 pandemic