”We're going to hang on," Marc Kiefer said. "We've been hanging on for the last couple years and I'm not planning on giving up.” 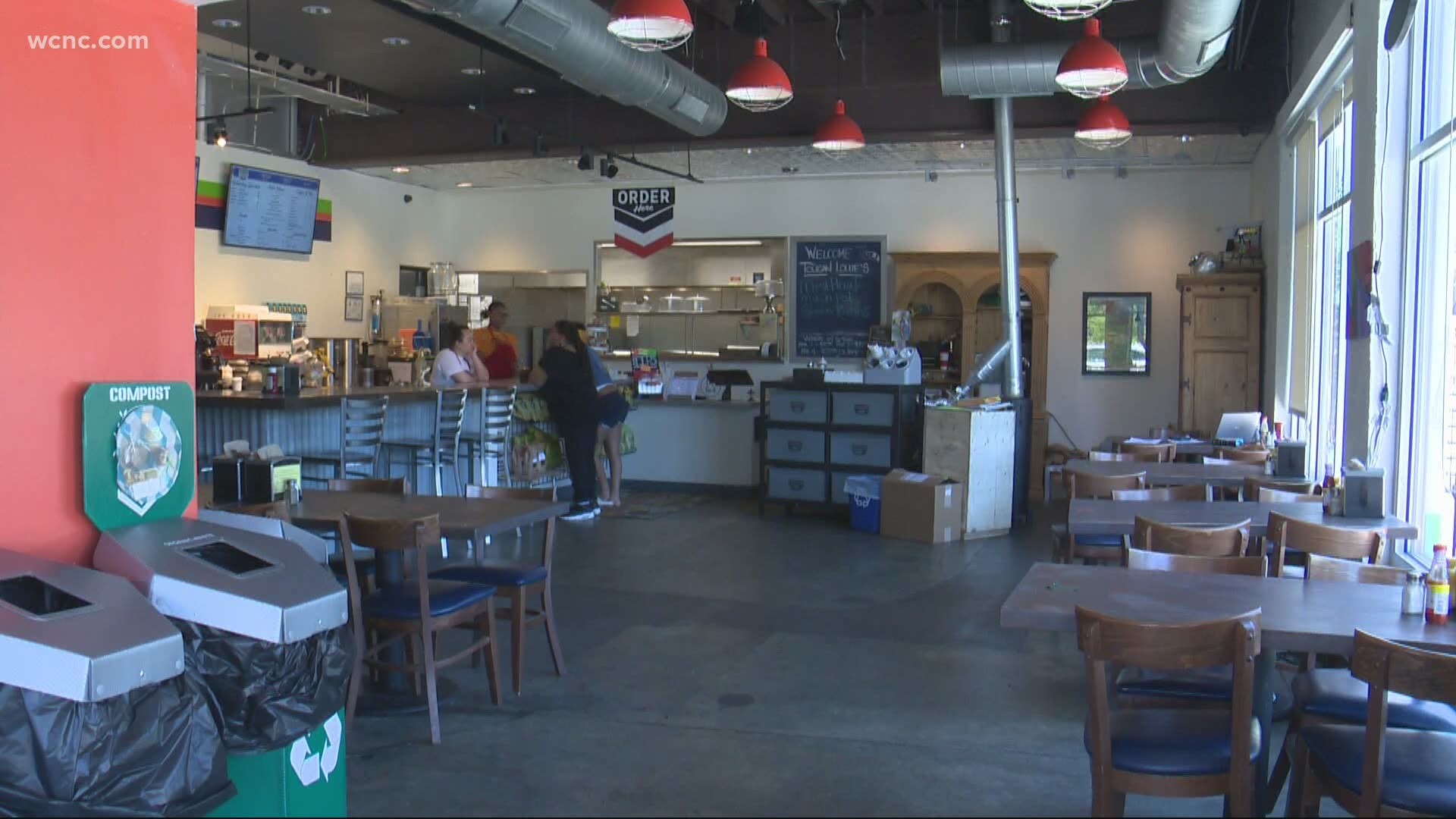 CHARLOTTE, N.C. — Some Charlotte small businesses are still waiting for money they desperately need and have been told is coming.

Toucan Louie's on Rozelles Ferry Road has been open for two years and was just getting to the point of breaking even when the pandemic hit. Now, like so many other restaurants, they're barely hanging on and hoping for help.

Toucan Louie's is one of the only restaurants in Charlotte’s historic West End.

”There’s a few fast food places and convenience stores but other than that it’s a food desert," owner Marc Kiefer said.

But since the pandemic, business is down to just 40% of what it once was, and Kiefer says they’re struggling. They can only serve half the customers they used to, and even still, not all customers are coming back just yet.

Kiefer has spent months trying to get city, state and federal help.

"You keep thinking, 'Oh help is finally arriving' and then it doesn’t," he said. "In  the meantime you're still losing money.”

Toucan Louie's got some PPP money – but Kiefer also applied for a loan through the City’s micro-business grant program. That program uses federal COVID-19 relief money to help small businesses.

Initially, there was $1 million up for grabs, but they upped it to $30 million once they saw how big the need was.

”There seems to be help out there but it takes a while," Kiefer said. "There's a lot more people looking for help than there is funds out there.”

”We're going to hang on," he said. "We've been hanging on for the last couple years and I'm not planning on giving up.”

As far as that micro-grant from the city, Kiefer says he’s been told his application looks good, he’s just waiting to hear back.

WCNC checked in with the City of Charlotte, and a spokesperson said they’ve approved a number of applications and still others have some missing documentation but Keifer should know something any day now.