Piedmont Lithium hopes to open a new open-pit mine in 2021. 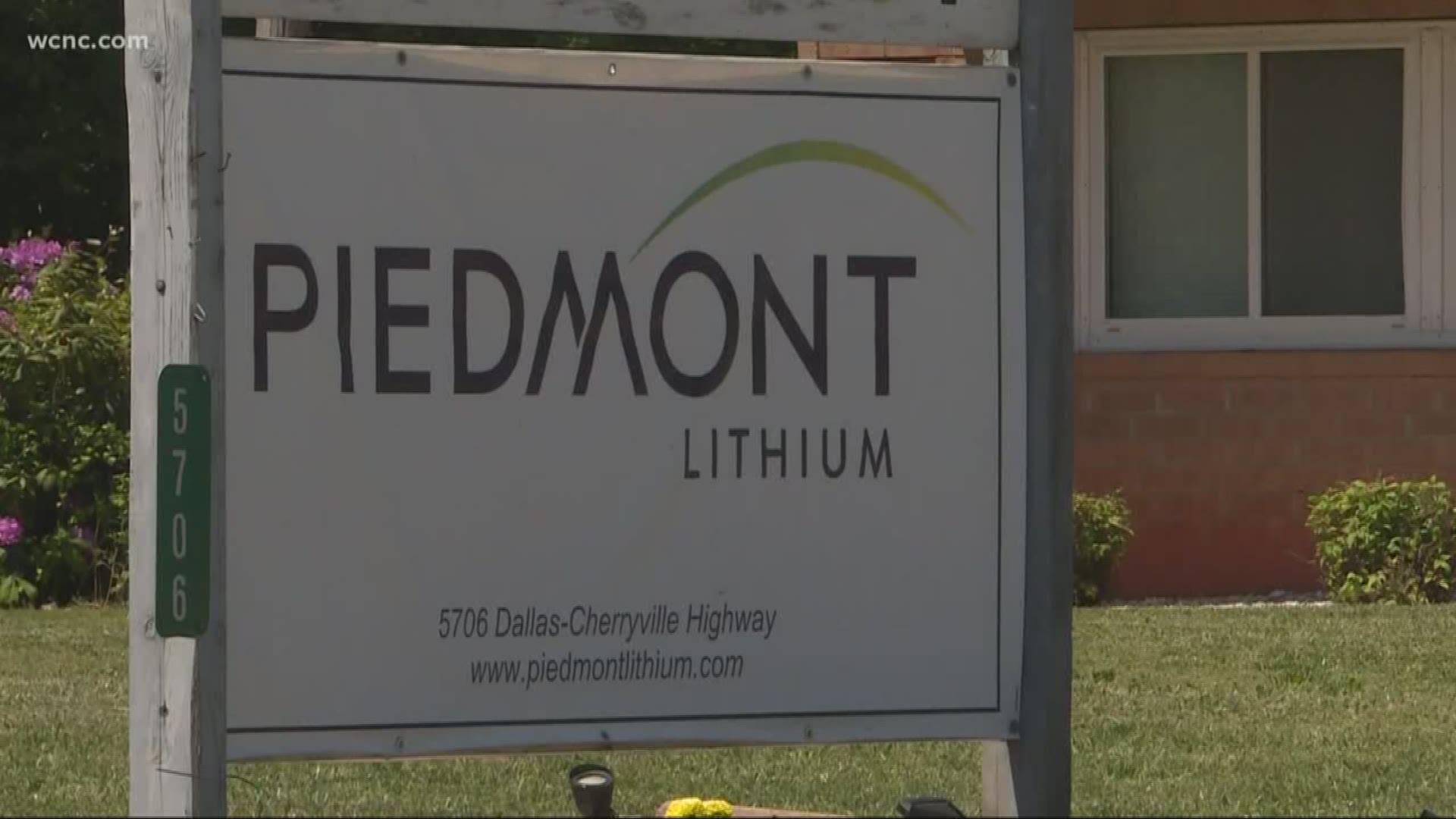 GASTONIA, N.C. — A Gaston County company is one step closer to potentially fueling the world's smartphones and electric cars.

Piedmont Lithium won a critical federal permit to develop a lithium mine in the western part of the county.

The chemical element powers lithium-ion batteries, which are found in smartphones and electric cars.

Piedmont Lithium's Patrick Brindle said Gaston, Lincoln, and Cleveland Counties contain one of the world's most abundant lithium deposits, but he said it's been decades since companies mined the land as many of them moved their operations overseas.

"To own an electric vehicle that was made in the U.S. by Tesla, for example, I would want to know that the raw materials that go into the car are developed in the right way," Brindle said. "That's going to be happening here."

The company said it'll conduct feasibility studies through 2020, and it hopes to open the mine in 2021.