A one-time fixture at North Carolina Music Factory, the building was installed on a new foundation along The Plaza Tuesday. 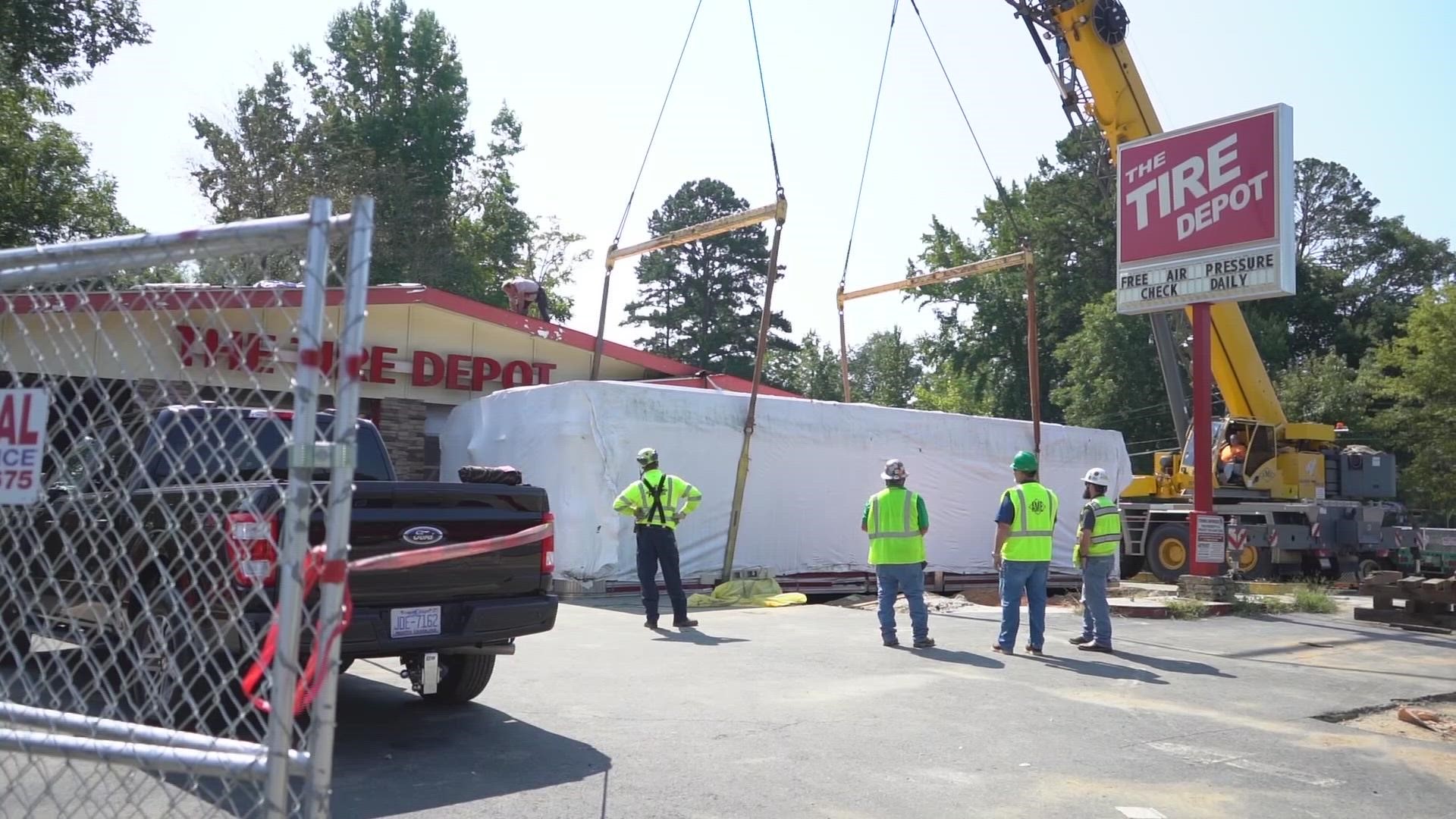 CHARLOTTE, N.C. — Six years since they last served a fresh cup of coffee and a hot meal, Mattie's Diner has arrived at its new home along The Plaza in Charlotte.

"This is a long time coming," owner Matt King said Tuesday while supervising the installation of the diner building. "Once we have this set on its foundation, then the contractor can get back to it, and it's really full steam ahead."

The building, which was moved to Charlotte from New Jersey in 2005, once sat across from the North Carolina Music Factory. Open for business from 2010 until 2015, the diner building has been in storage ever since its last location was transformed into an office building for the AvidXchange company.

"We wanted to find a nice, strong community that's walkable. That has a lot of residential rounds. That we can just become part of the fabric of the neighborhood," King explained.

The structure, which weighs 42,000 pounds, was trucked to the new location Monday. On Tuesday, a crane lifted it onto a new foundation.

The location, which sits at the corner of The Plaza and Shamrock Drive along the borders of the Noda and Plaza-Shamrock neighborhoods, was once a tire store.

"COVID came along and slowed us down," King said. "There's a lot of hiccups along the way."

King explained it took about six months to get the property rezoned for a restaurant.

This new location will have additional seating compared to their original location. In addition to seating inside the small diner structure, seating will also be available in the renovated tire store, and on a new, outdoor patio.

"Come back in six to eight weeks and we'll be serving up fried Oreos," King said in a video posted Tuesday to Instagram.