Making it work: Some jobs may become permanently work-from-home after COVID-19

WCNC checked in with major companies in Charlotte and found many are surveying employees to see what they’re comfortable with, and no one is in a rush. 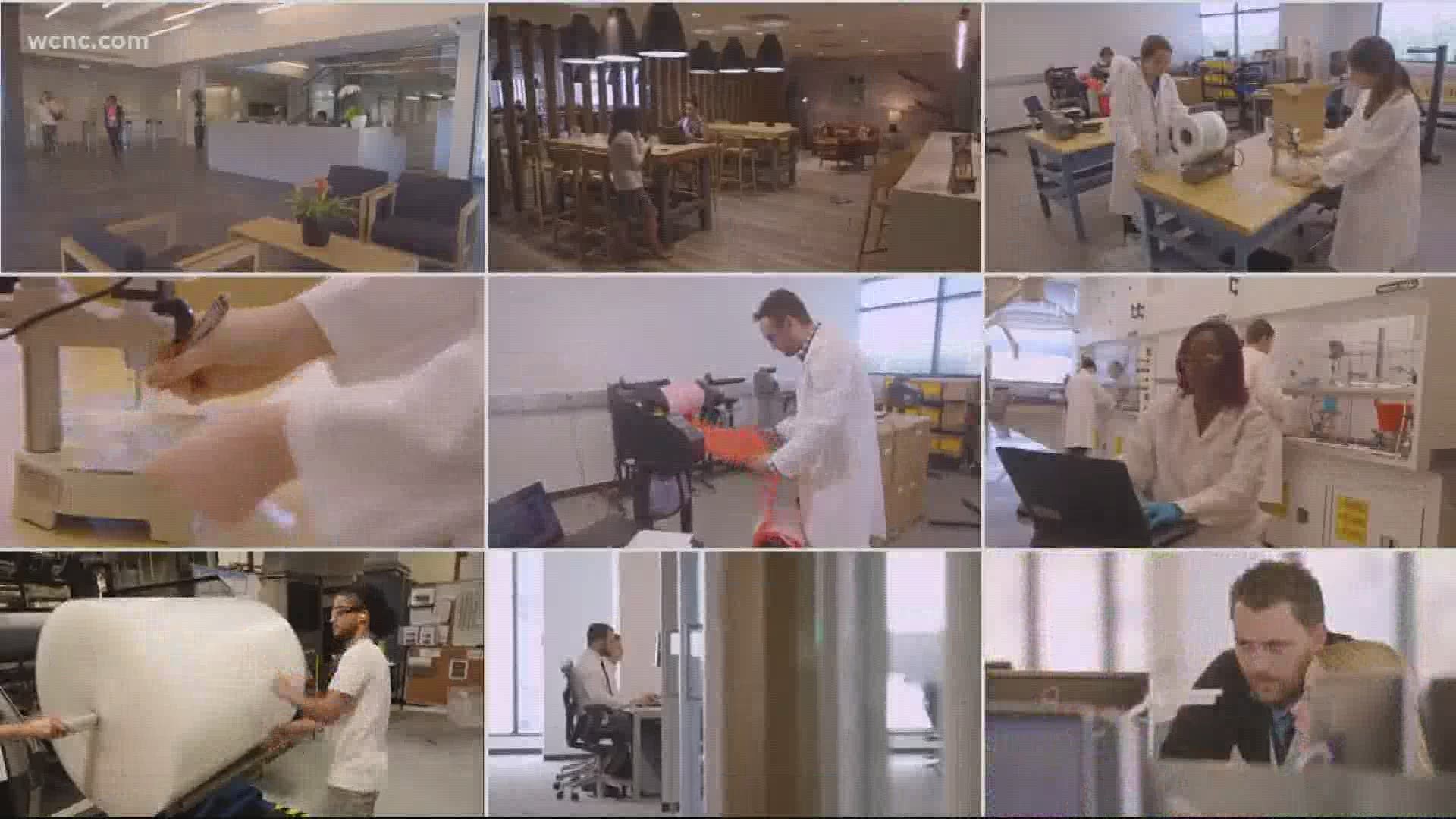 CHARLOTTE, N.C. — The office could look very different for Charlotteans in the coming months. WCNC checked in with some of the big companies in the Charlotte area and they told us some workers may never come back to the workplace.

Companies are slowly trying to figure out if and when they’ll bring people back.

Natalie Fath, who has three-year-old twins and a five-month-old, was just about to head back to work at Sealed Air after maternity leave when the stay at home orders hit.

“It’s been a lot of multi-tasking and juggling and scheduling but we're making it work," Fath said.

Sealed Air’s global headquarters is in Charlotte. They normally have 1,200 employees at their Charlotte campus — all but 40 have been working from home since March and still are

“I don’t feel a strong urgency to suddenly return everybody back to the campus," said Susan Edwards, the chief human resource officer at Sealed Air.

The head of Human Resources for the packaging company says they had been testing out a more flexible workday in the months before the pandemic hit and realized recently their workers have been even more productive since being at home.

“I don’t anticipate that we’re ever gonna see a 100% mandate that everyone needs to be in the office every day of the week," Edwards said.

Twitter made national news when they announced their employees would have the option to work from home forever.

WCNC checked in with other major companies in Charlotte and found many are surveying employees to see what they’re comfortable with, and no one is in a rush to fill these once-bustling office towers.

Wells Fargo said they have about 200,000 employees working from home – with 27,500 employees in Charlotte. They’re talking about bringing people back in phases, which may start next month.

Bank of America’s 16,000 Charlotte employees will return to the office in phases, but there's no time frame as to when that will happen.

Duke Energy says 62% of their employees have been working from home all this time and they’ll start coming back beginning this month – but the return will span several months.

Lending Tree said they won’t start bringing people back before August — and even then, they’re looking to have “low occupancy rates.”

The company, now in Ballantyne, is building a new headquarters in South End and has actually been working to change the office layout as a result of the pandemic.

At Sealed Air, they’re giving workers the option to eventually come back, to stay at home, or do some sort of combination. Their HR director says that’s a combination of wanting to keep people safe from the virus and keeping them happy.

Sealed Air said they actually had a jump on things because they’re a global company with workers in China who had to begin working from home first.