Minneapolis-based Target announced the expanded benefits for employees with families on Monday. 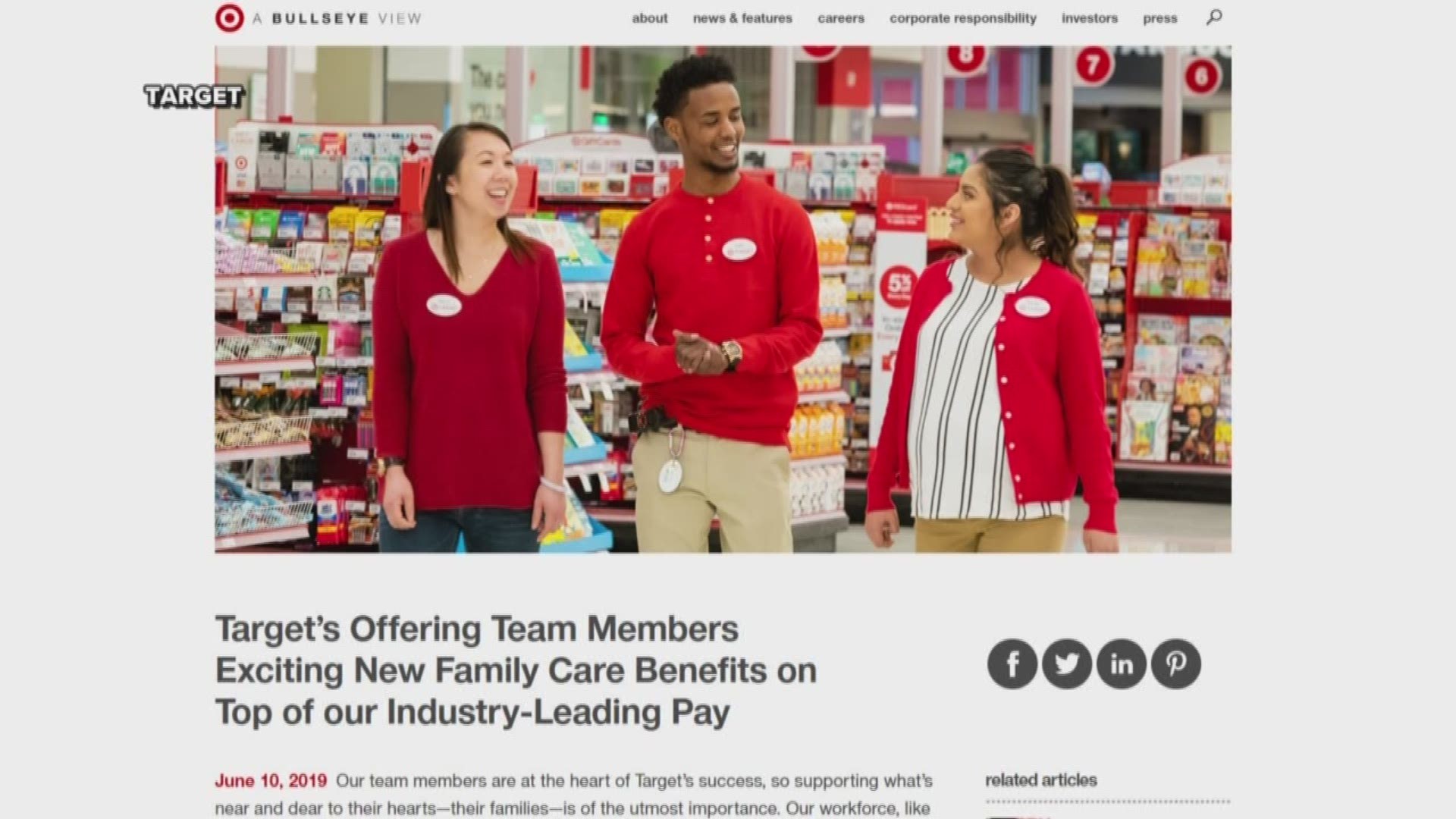 The Minneapolis-based company says it will begin offering "affordable backup care solutions" to hourly and salaried employees at all stores and distribution centers. The program was rolled out at headquarters and will be expanded company-wide beginning in the fall.

The purpose is to provide a backup when school or daycare is closed, or a babysitter or other care provider falls through. Target says the program will include 20 days total of in-center child care, or in-home child- and eldercare.

Target also announced that it is doubling paid family leave time for hourly and salaried employees starting June 30. That benefit is offered to employees having a child either by birth, adoption, surrogacy or foster placement, according to Target.

RELATED: Target raises its minimum wage to $13 from $12

Target also said Monday that it is doubling its adoption and surrogacy reimbursement for employees.