A Myers Park couple is fed up after a storm drain that's supposed to carry water away has caused their home to flood multiple times since Memorial Day. 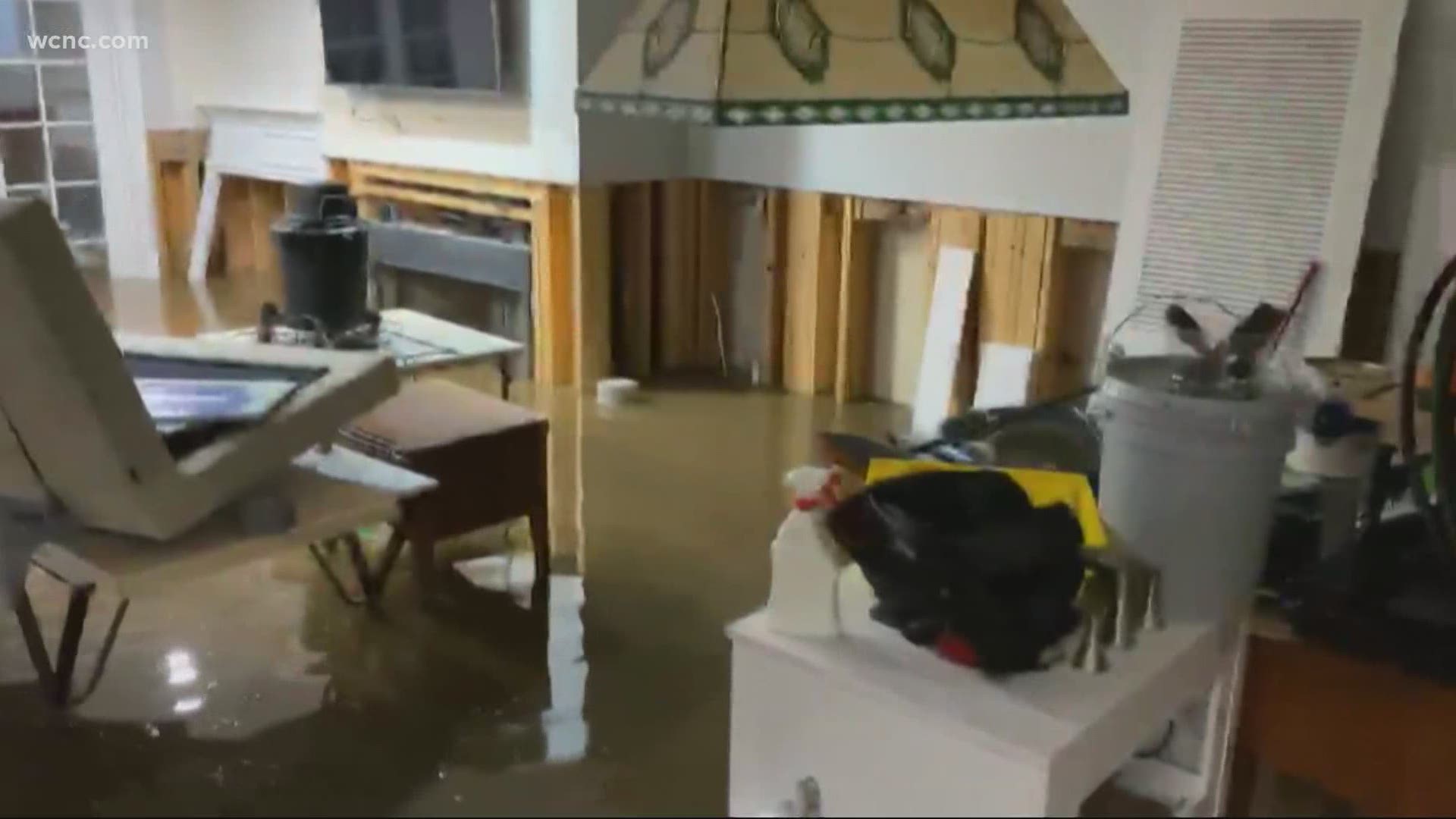 So, who's going to pay for all of the damage?

It's a problem that needs to be addressed and fixed as soon as possible. Every time it rains, this couple panics that another flood will come into their home. No one should have to live like this.

One room was a finished ground-floor family room. It had a pool table and a nice fireplace. In one photo, you can see the fireplace, but just barely, because it's underwater.

Homeowner Jeff Kahn is at his wit's end, both emotionally and financially. He says just to mitigate the flooding is $5,000 and it's happened three times already.

In the April 30 flood, the water got so high, so fast in the garage, that it destroyed their car. The water was so deep you could see it in the cupholders inside the vehicle.

"It was over our waist," Jeff said.

So how and why does this happen? Kahn says some photos show it clearly. The back driveway is the lowest point and two grates down there are for storm water runoff. Jeff says he thinks recent work on the storm drain system by the City of Charlotte on Queens Road has water backing up in that system. So instead of taking water away during heavy rain, he believes the pipes below are actually pushing water back up and out of those grates, onto the driveway and into his home.

Which it did again the day after he spoke to WCNC Charlotte. That was Friday, May 22, when more hard rain and flooding hit the area. Then, on May 27, more heavy rain and flooding. And yes, two days after that, he experienced more flooding on May 29.

RELATED: What to do if a tree falls on your home or car during a storm

Kahn doesn't live in a flood plain, so he doesn't have flood insurance. Homeowner's insurance won't cover this damage because it's considered flood damage and that requires a separate policy. For the moment, there is little the family can do. The drywall has been cut away to dry it out and to slow the onset of mold, which is a growing concern.

"How can we live this way? This is just no way to live," Kahn said.

WCNC Charlotte's Bill McGinty emailed the City of Charlotte in late May and sent them photos of Jeff's house and photos of the floods. They escalated their investigation and discovered blockages in a nearby pipe.

RELATED: Indian Trail family says months after paying a deposit, they still haven't gotten what they paid for

At this point it's mid-June, and there have been four floods since McGinty was first there before Memorial Day. Kahn is ticked, is out of tens of thousands of dollars and still, this keeps happening.

"It's great that they are all nice and feel bad for us, but we need action now," he said.

Stormwater Services says they are working to fix it, and since WCNC Charlotte's interest in Jeff's story, digging equipment showed up and the intersection that seems to be flooding and pushing water back up into his house. Huge chunks of debris can be seen sitting next to the hole.

Once the flooding is stopped, there's still a big question: Who pays for the damage? A City of Charlotte spokesperson declined WCNC Charlotte's request for an interview but assured us and Jeff that they are working fast to fix the issue.

McGinty will stay with this issue to see it is fixed and Jeff is compensated.