It's a multi-billion dollar idea, but it doesn't have the green light yet. Some city council members aren't even set on specific modes of transportation. 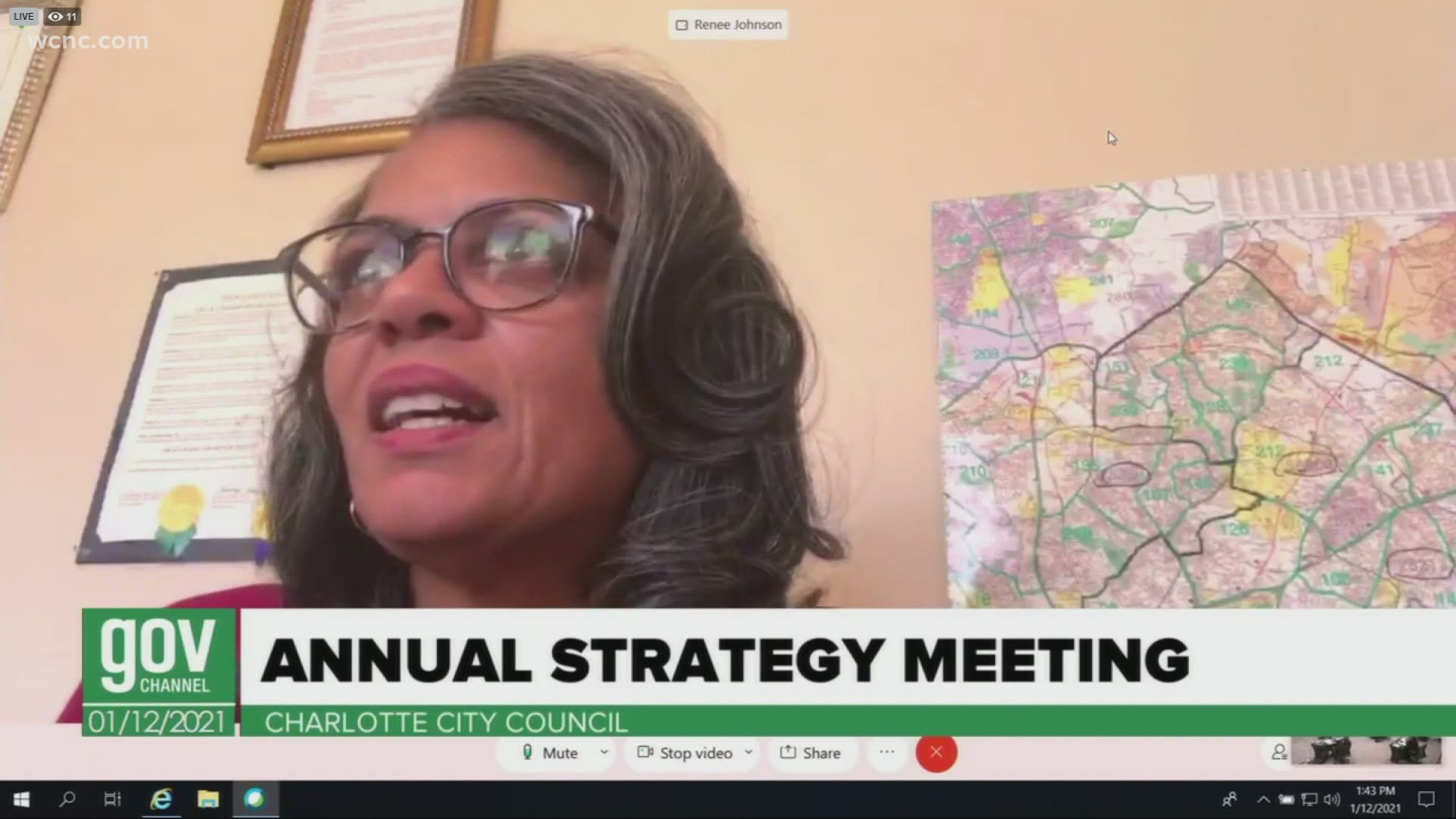 CHARLOTTE, N.C. — It's no secret: Charlotte City leaders want to reshape how we get around town, but some don't agree on the method behind a multi-billion dollar proposal to expand mobility.

The blue line brought revitalization and economic development in several neighborhoods as corridors were built up around it. It also offered a new way for thousands of people to get to and from work.

But take a drive around town, or try getting to an Uptown job from the east side of town, and some leaders say there's not a timely option.

It's why the city's Transportation, Planning, and Environment committee received a recommendation by the Charlotte Moves Task Force that was asked to study the city's current mobility and offer any enhancements needed.

They approved and sent a proposal to city council that will cost an estimated $8-12 billion, and proposed an increase to the sales tax. That would need approval from the North Carolina General Assembly, and if allowed, would be put up to a referendum on the November ballot.

"You have community needs of people now that you have to address," said James Barbaresso, a national practice consultant for transportation and emerging mobility solutions at HNTB Corporation.

Barbaresso spoke to council members during their last day of the retreat, offering advice and answering questions about enhancing and advancing mobility in Charlotte.

The Charlotte Moves proposal would bring new roads, paths, bus routes, light rails, and other transportation needs to the city over a decade time-span.

However, there are several roads some council members would like to travel.

"This is the city's biggest bet," Councilman Tariq Bokhari said.

Bokhari is skeptical of the current proposal and wants more details. He questioned if the city is thinking futuristically, and would like to see Charlotte lead the way for autonomous public transportation and vehicles.

Some believe autonomous public transit is at least 30 years away from reality, but Bokhari said he's not sold on that.

And we are back. Assistant City Manager and Economic Development Director Tracy Dodson is now setting the stage for the path forward. @wcnc

RELATED: Viewer 'Gets McGinty' to help get cable refund

"If a city leans in, if a region leans in and created the environment that these things can operate, every company is going to drop down on it," he said. "Private companies are flying into space. So, to think that 35 years -- oh well, let's do this now and we'll circle back to this in 20 years. There will be winning cities and losing cities in this battle."

"We are already overcrowded, our streets are overcrowded, so we have to lead for tomorrow, but manage for today," urged Johnson.

"We want to have something done in 10 years with a spine and guidance and be ready for the innovation that's coming," added Mayor Vi Lyles.

Mayor Pro Tem Julie Eiselt said acting on public transportation enhancements noted the economic impact it would bring to the city as well, noting health insurance company Centene chose to build a campus in Charlotte in part because of the city's mobility ideas.

"I just don't think we can overstate how important this is to business recruitment. Centene was the biggest win we've had in our state, and I've heard them say, it is because they're excited about what Charlotte is committed to doing on mobility -- to be able to give their employees choices on where to live," she Eiselt said.

Nothing has been officially voted on by the council, yet.