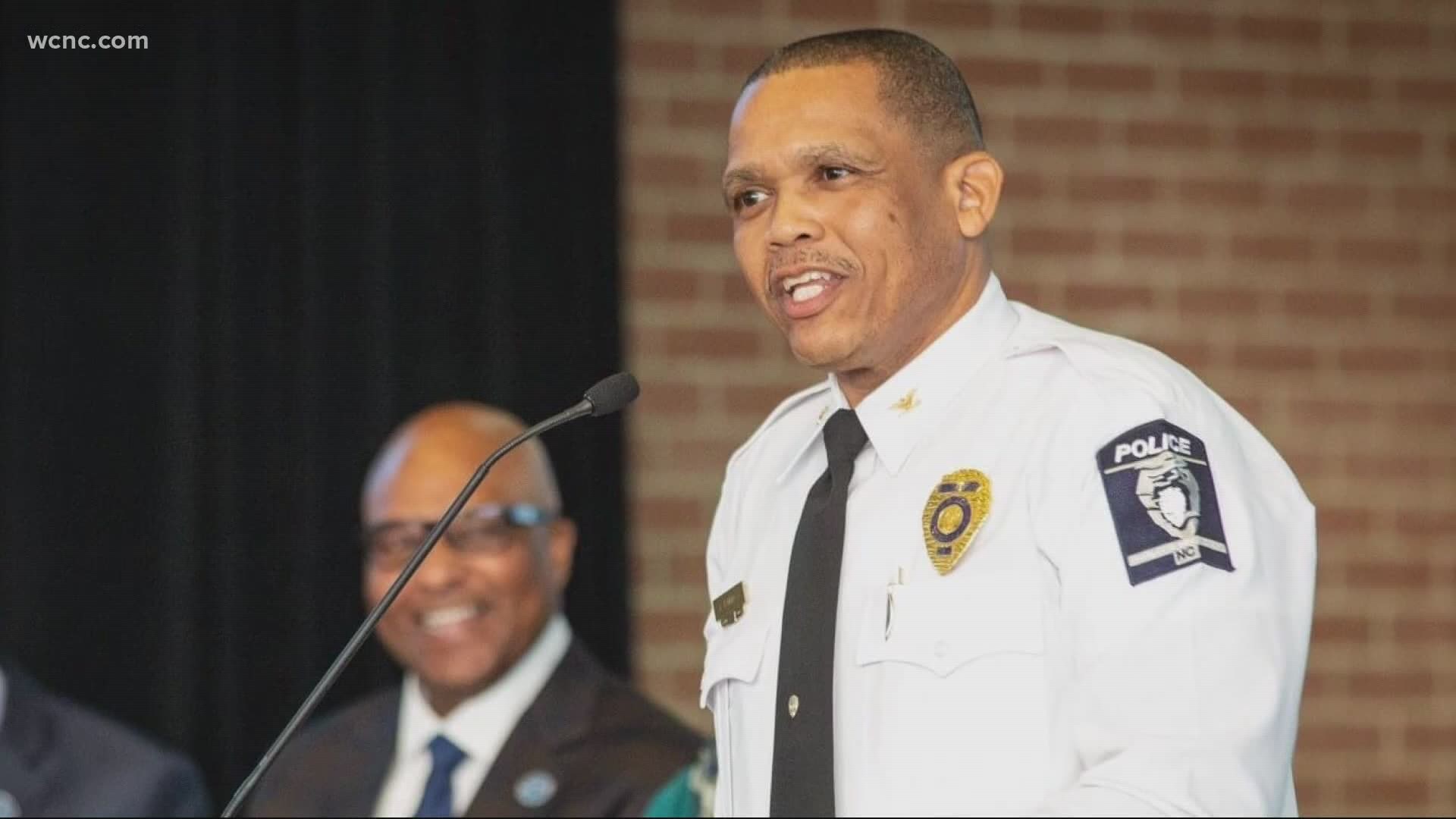 RELATED: 'Another stab in the back' | CMPD got raises this year, but command staff were given more

Jennings took questions from officers at a virtual internal town hall on Dec. 9, including whether he would support differential pay for officers that work overnights.

"I certainly think that there is some valid argument for that," he said. "I don't know if we can afford to do that, given that we're putting a lot of money on the table here lately."

In the days that followed, two 25-year-old police officers from suburban Charlotte-area police departments were killed during the late-night hours.

The lowest-paid officer now makes just under $47,000, while the highest-paid major now makes $131,000, according to the latest salary records.

"It's actually really discouraging to the men and the women who have boots on the ground," Way said. "They're the ones who had to endure the long hours, the COVID, the protests. They're the ones that had to put in the work, while the people being rewarded are sitting in the offices."

"We represent everybody, so we have to be fair to not just only the rank and file, but also the command staff," Ortiz said. "They can't remember the last time there was a pay increase like this to be able to make that correction."

The City of Charlotte defended the command staff increases, saying they ensure equity between and within ranks. A spokesperson said those types of salary adjustments are within the city manager's authority.

"We are grateful to the men and women of our police department who put their lives on the line every day to protect our city and serve our residents," the city said in a statement Friday. "These salary adjustments are reflective of our desire to ensure that their salaries remain competitive both nationally and regionally."

While some have questioned the lack of transparency in the process, Charlotte City Council member Braxton Winston defended City Manager Marcus Jones' efforts.

"Over the past three budget cycles I have been part of, we paid particular attention and made significant changes to pay for all city employees, including CMPD and CFD," Winston said. "If you were to take a look at those budget workshops where we take deep dives into emergency service pay, I believe you will hear a discussion about how corrective measures would take place over time as the changes we made take effect and throw off parity within the ranks. I believe you will see that this has all been done in a transparent fashion by our City Manager."

During the chief's town hall earlier in December, he announced CMPD is extending its one-time residency incentive of more than $2,000 for police officers and sergeants who live within the department's service area. Previously, only rank and file others who lived within the city limits qualified for the incentive pay.