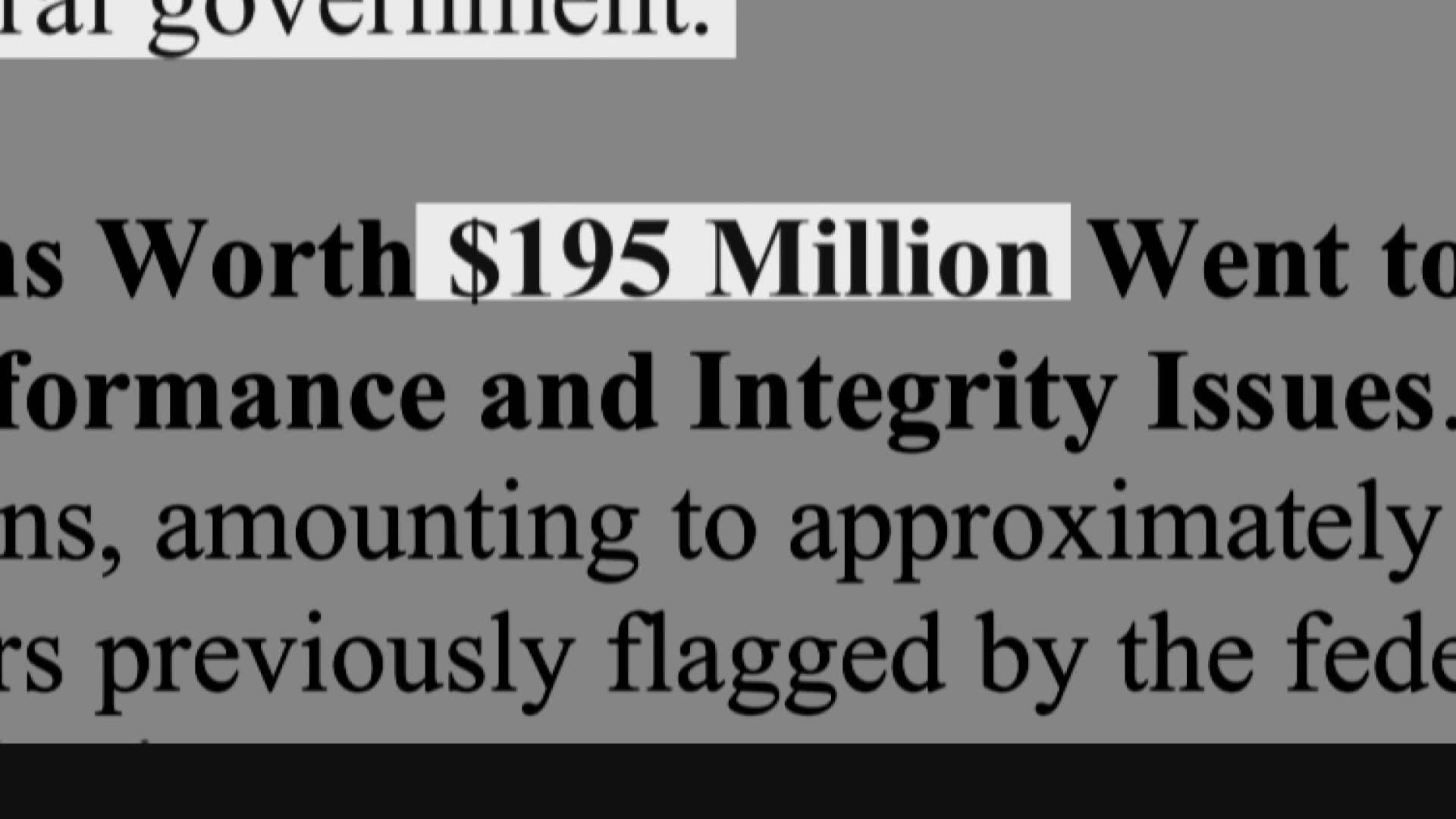 The Select Subcommittee on the Coronavirus Crisis report, published this month, found "tens of thousands of loans issued by the Administration could be subject to fraud, waste, or abuse."

In recent weeks, federal prosecutors charged 31-year-old David Christopher Redfern of Trinity with wire fraud and bank fraud. The owner of Wilder Effects, a single-family home construction company, is accused of lying to collect a more than $400,000 PPP loan, according to federal court records. His attorney has not yet responded to WCNC Charlotte's request for comment.

From unreasonable delays to flat out denials, struggling Charlotte-area small businesses expressed concerns about the Paycheck Protection Program early on. As they faced major PPP loan hurdles, they shared frustration that publicly traded companies across the state and country, some with hundreds of employees, collected coronavirus relief, it appeared, with ease. The red flags were apparent to watchdog groups too.

After we brought concerns to Rep. Alma Adams (D), NC-12, she and other lawmakers called for a federal audit in May. The newly published Congressional report confirmed her fears.

"I've been concerned about that from the beginning," Rep. Adams said. "We turned that over to the Treasurer's Office. It just appears that things that should not have happened, happened anyway."

The subcommittee launched its investigation in June. Additional preliminary findings include red flags linked to another 11,000 loans totaling $2.98 billion and hundreds of approved loan applications missing identifying information, including names and addresses.

The report calls for better oversight moving forward. Treasury Secretary Steven Mnuchin assured subcommittee members all PPP loans of $2 million and more will be audited and said all remaining loans are also subject to review.