Sharon Hatch says she's been receiving packages from customers unhappy about their purchases, but she has nothing to do with them. 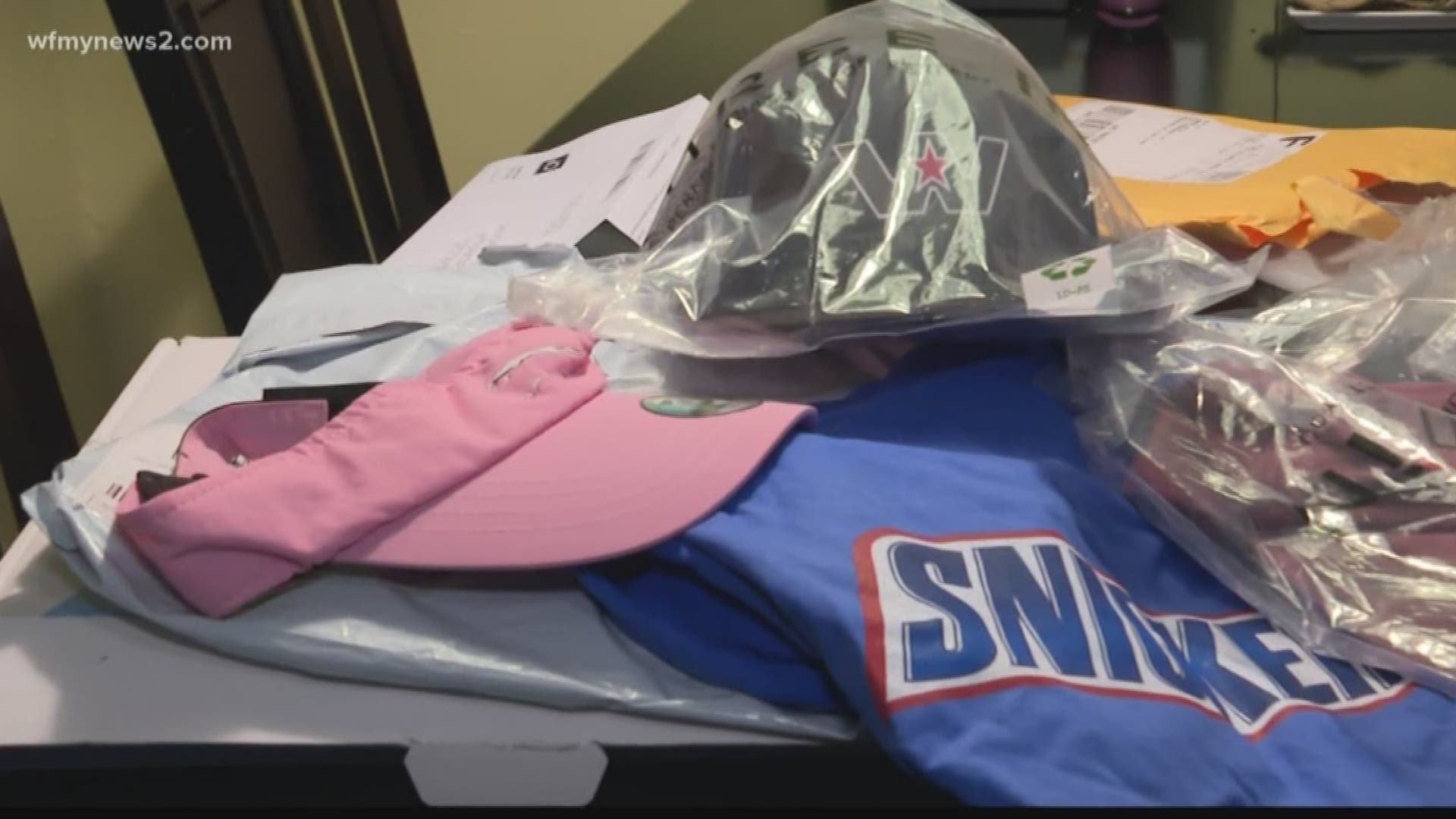 GREENSBORO, N.C. — A woman is frustrated after continuously receiving unwanted packages from Amazon for weeks.

Sharon Hatch says she's been receiving the packages for weeks. They're coming from other Amazon customers who are returning their unwanted purchases, unknowingly sending them to her.

"I didn’t know the origin," said Hatch. "They were all addressed to me and they all have the same like computer-printed address labels with my name and address and then handwritten return addresses from different people throughout the country."

Hatch says all the returned items appear to be counterfeit, including hats, shirts and more. The items are all made by a company in China. Hatch says she’s tried to get in touch with Amazon to make it stop, but isn't having any luck.

“We are investigating the customer’s inquiry about unsolicited packages, as this would violate our policies,” Amazon wrote in a statement to WFMY News 2.

Hatch says she had no idea where the packages were coming from until she received one from a gentleman who had a return address from Sioux City, Iowa.

She reached out to the man who told her it was the address the company gave to return his unwanted purchases.

Hatch says the company uses her name and her address – and she isn't sure why. She's concerned that her name and address are attached to these bogus items.

Fire at High Point gas station shuts down nearby roads