Who has the best online grocery shopping and delivery in Charlotte?

We put Harris Teeter and Walmart, two of the biggest competitors in Charlotte, to the test for online ordering and delivery. 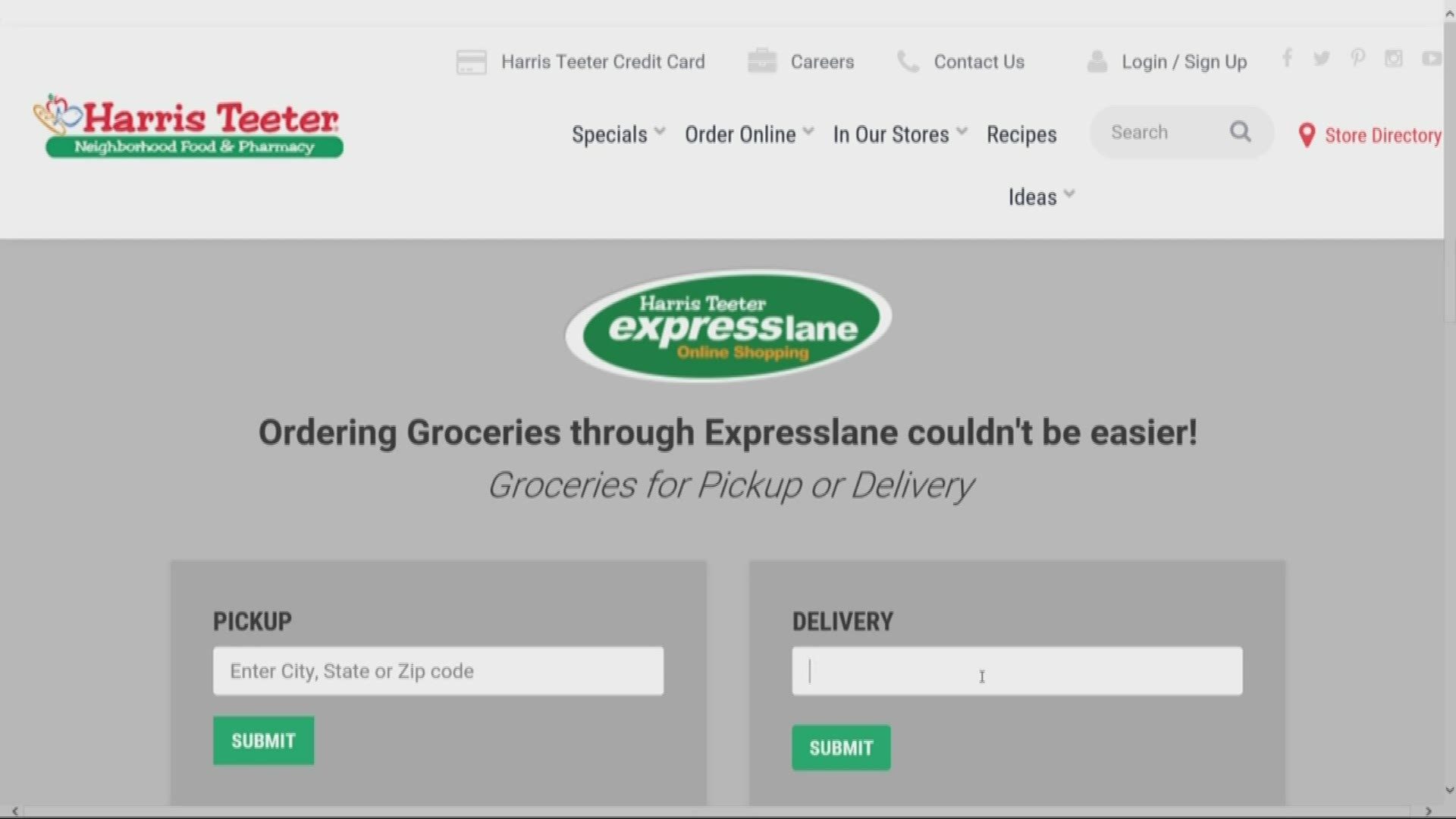 CHARLOTTE, N.C. — Shopping online for groceries is becoming more and more popular, especially as retailers are starting to add delivery for your orders.

So, who has the best delivery system? NBC Charlotte tested two of the biggest in our area and put them head to head to find out who does it better. The orders were placed on a random day with random items, with a few things in mind, like how easy was the ordering process? Did they get it right? And were they on time?

First up is Harris Teeter. They have a very easy ordering process that's very straightforward on their website. It only took about 30 minutes as a first-time user to spend $60. The only problem is they didn't have many delivery slots, so we had to choose the next day at 1 p.m.

The delivery driver was right on time. Actually, he was 15 minutes early from when Harris Teeter said he'd arrive.

Inside, everything was accounted for, or so it seemed. Two items were missing, including a set of dessert plates that were labeled out of stock. No substitution was made, but we weren't charged. Another item, Cottonelle Ultra toilet paper, was also not in the bag, but the receipt showed we were charged.

Next up is Walmart. Like Harris Teeter, their ordering process is pretty simple. But there was a hitch on delivery day. The driver showed up at the Walmart store on South Tryon Street but the order wasn't ready. In fact, they didn't have it, even though the driver and NBC Charlotte received a confirmation number. It took about an hour to sort it out with several calls to the store, which was a bit of a hassle.

Even with the lost order, the driver showed up to the station within the allotted and scheduled time.

All of the items were there, except a bundt cake, which was out of stock. The cinnamon rolls we ordered were substituted with another brand, but that's not a deal-breaker. Probably didn't need the calories, anyway.

If you know what you want, and they have it, online shopping with delivery is a very convenient way to go. And yes, you can use coupons online.

RELATED: Walmart service will deliver groceries inside your home when you're not there

RELATED: Costco rolls out two new delivery options for its millions of members