The show must go on for Charlotte's live music venues, but how?

The Evening Muse, which has been in Charlotte for nearly two decades, found a way to keep the music alive. 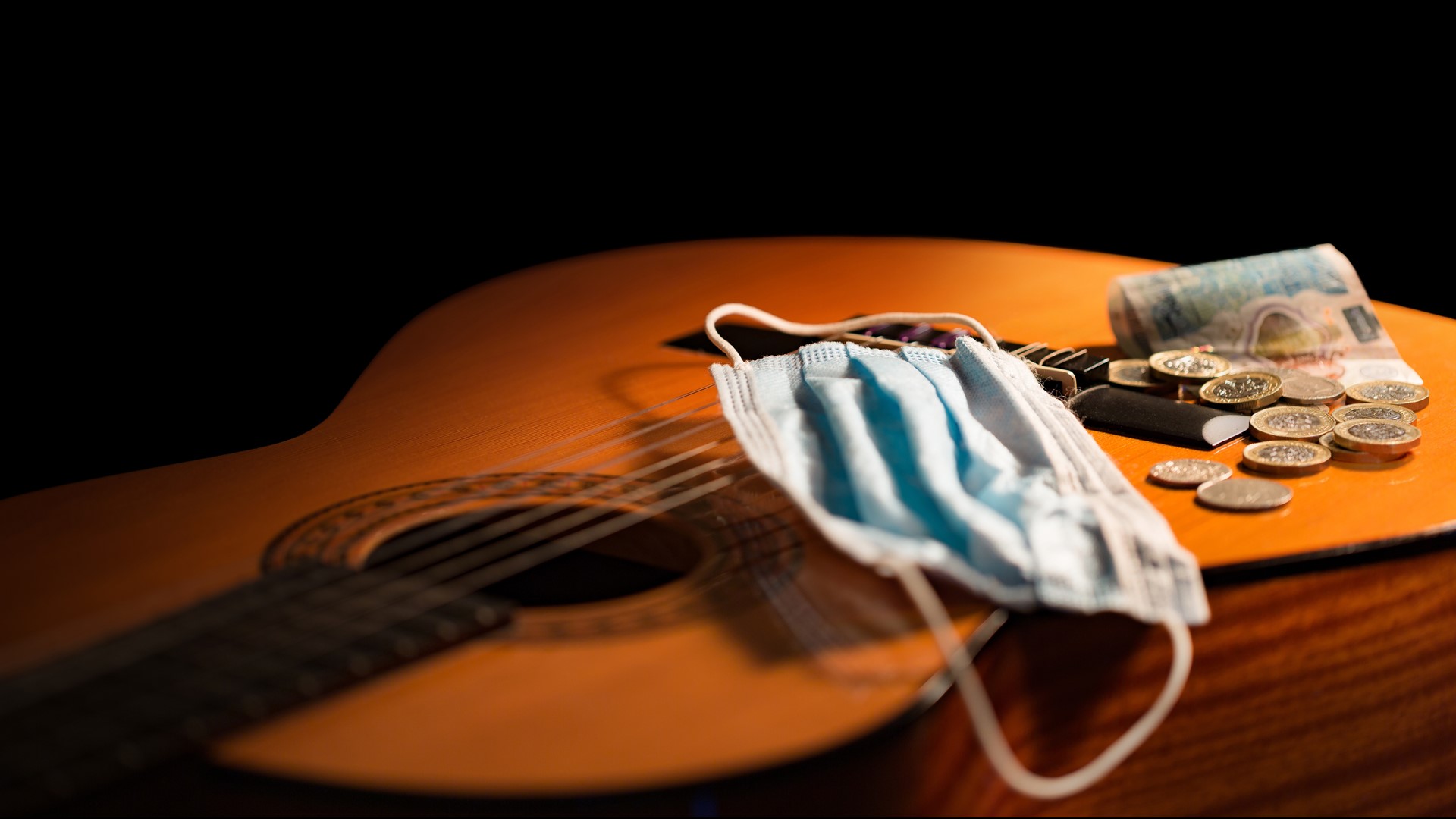 CHARLOTTE, N.C. — When the COVID-19 pandemic first hit, live music stopped for a moment. Arenas and theaters and music halls were shut down, and concerts were canceled.

That meant, people involved in Charlotte’s music scene had no way to make a living suddenly.

"It's been tough, not gonna pull any punches, it's been really tough," Charlotte's The Evening Muse's owner Joe Kuhlmann admitted.

But The Evening Muse, which has been in Charlotte for nearly two decades, found a way to help itself.

Fans bought merchandise to show support and sent donations. The venue got help from a lot of different places like the Paycheck Protection Program loans, special grants to help pay the rent and community donations. Recently, it received a $40,000 innovation grant from Charlotte Center City Partners.

So Kuhlmann felt an obligation to help others. They used the grant to create partnerships with other struggling creatives in the area.

"We started piecemealing livestream capabilities," Kuhlmann said. "Creating a lot of collaborations with various organizations in Charlotte, as well as musicians, comedians, poets. We're coming up with all kinds of ways we can keep that connection during COVID and beyond."

Rolling Stone estimates almost 100 music venues have closed across the country during the pandemic.

Kuhlmann said even once full crowds are allowed back inside, he wants to keep offering these live and recorded performances that the pandemic created a space for.

"We've lost music venues due to the pandemic and before, so we want be able to provide live music, that rawness, realness, authenticity," Kuhlmann said. "We want to be able to offer that to people anywhere not just in Charlotte."

Kuhlmann is planning a virtual celebration in April to commemorate the 20 years the Evening Muse has been in Charlotte. He’s looking forward to the future when he can again max out capacity at his neighborhood music joint.

"It's really been valuable in the sense of understanding people really do value live music," Kuhlmann said. "Probably going to be the last to come back from all of this, but it will be a heck of a celebration!"

Music venues across the country also got some additional federal relief with the Save our Stages Act, but musicians across the Charlotte area are still hurting. Many of them have been out of work for more than a year now.

The Evening Muse has a full schedule of upcoming events on their website, and they've been regularly posting recorded versions of many of the acts they're producing live on Facebook.