'You can save serious money': How to lower your credit card interest rate

Why pay high interest on your credit cards when you can simply bargain a lower rate? These tips can help you save big money on your bill. 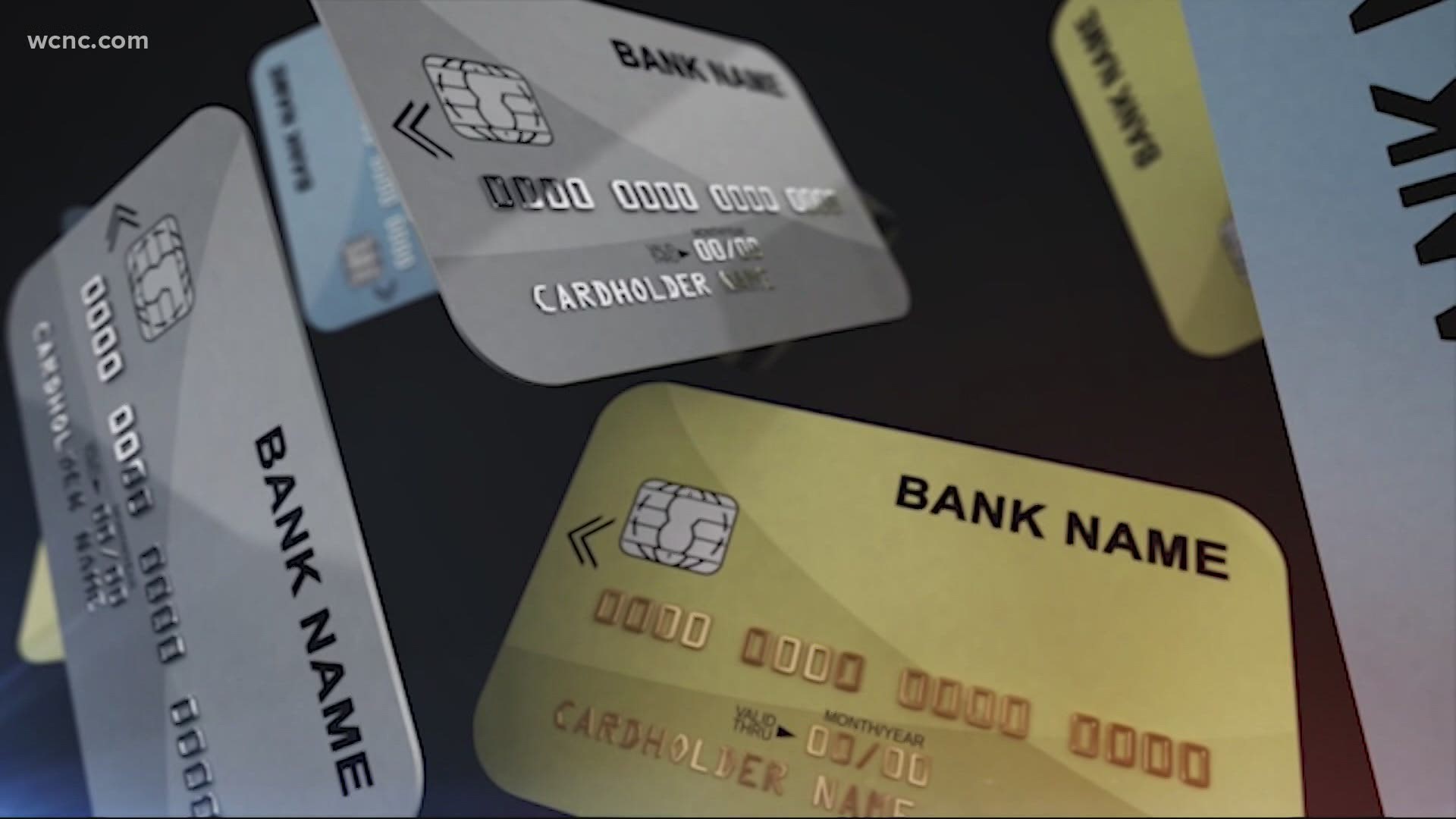 CHARLOTTE, N.C. — A lot of people have struggled to pay their bills during the COVID-19 pandemic and many have turned to credit cards so they can kick the can down the road. Now the time has come to pay it down and some of the bills are eye-popping.

Did you know you can bargain that interest rate down and save quite a bit of money?

You could ask for a lower rate, but according to a new study, you can bargain down 10 percentage points. So, if your interest rate is 24%, it could mean paying 14% instead. That's still high but it's a lot better than 24% interest.

These numbers are staggering and can be a bit overwhelming. Americans have an average credit card balance of $5,300, totaling $807 billion across 506 million credit card accounts. Why are these numbers important? Because they want to keep you spending, which means you have leverage to bargain.

"It is absolutely possible to negotiate your rate down. In fact, your chances of doing so are better than you think they are. Close to 80% surveyed said they did just that," Matt Schultz, an industry expert with LendingTree, said. "You can save serious money, especially if your balance is bigger."

You have to try, and you have to keep trying, even if the lender says no. Take it higher to a manager and keep pushing. Drops of 10% are possible and that could save you hundreds, or maybe even thousands, of dollars.

RELATED: VERIFY: Can your stimulus check be seized by banks or private debt collectors?

"So, a lot of people have bad credit, some are thankful to have it at all. Is it possible for them too? Yes, absolutely it's possible," Schultz said. "Credit card companies are willing to talk with you because they want to keep your business. It benefits them to lower your rate to keep their card in your wallet."

Paying down debt is liberating. Less debt is more buying power but you must advocate for yourself. If you don't, the card companies are just as happy to take your money at the higher rate.

LendingTree offers these suggestions if you plan to ask for a lower rate:

How to ask for a lower APR

Before you make the call, come armed with ammunition in the form of other offers you’ve seen at a site like LendingTree.com or that you may have received in your snail mail. Take that offer and use it to frame the conversation:

“I’ve been a good customer of yours for a long time and I like my card. However, the APR is 25% and I’ve just been offered one with a 19% APR. Would you be able to match it?”

As survey data shows, they’ll likely be willing to work with you, at least to some degree.

RELATED: ' I was very grateful' | WCNC Charlotte breaks through red tape to help woman get money she was owed

How to ask for a waived annual fee

Before you make the call, think about what you will accept. If you ask for a fee to be waived altogether and they only offer to reduce it, is that good enough? What if they offer you extra rewards points or miles or make some other counteroffer instead of a reduced fee? And perhaps most important, what if they say no?

How to ask for a waived late fee

Just pick up the phone and be polite. If you’re a long-time customer with good credit and this is your first offense, the odds are in your favor. In fact, some card issuers will even waive a first late fee as a matter of policy. If you’ve been late multiple times in the recent past, however, your chances probably aren’t as good. Even so, it never hurts to ask.

How to ask for a higher credit limit

Think about why you’re asking for the increase — for some extra spending power or to help your credit score — and then decide what to ask for. Just remember that it’s always better to start a negotiation by asking for a little too much. That way, when you negotiate, you can give a little bit and still get what you want.