The gender pay gap is getting worse. You can blame COVID-19

On average, women earn 82 cents for every dollar a man makes. For Black and Hispanic women, it's even worse. 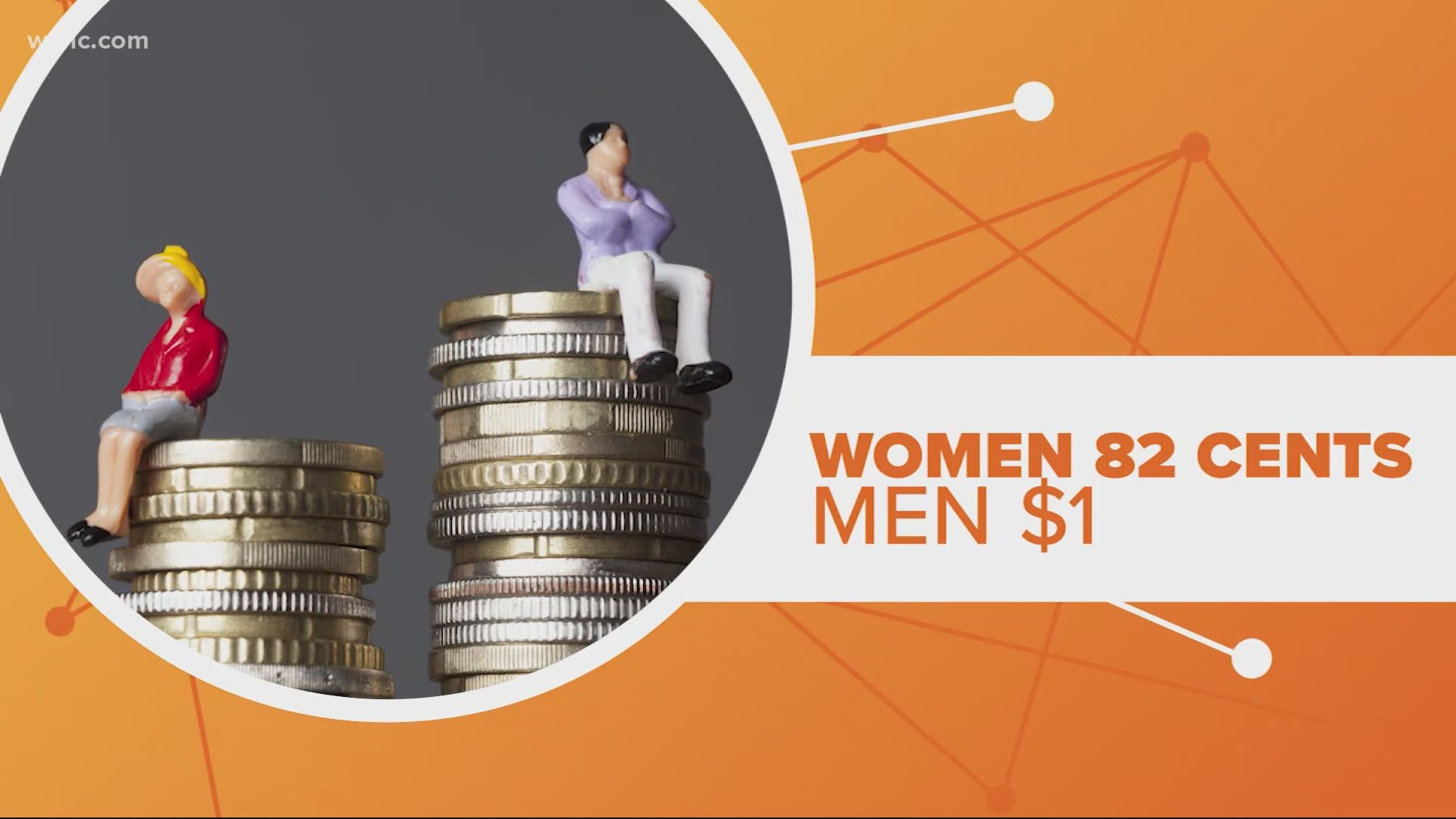 CHARLOTTE, N.C. — Wednesday, March 24, is Equal Pay Day -- a day to recognize the massive pay gap that exists between men and women in the workforce.

The numbers are especially bad this year because, you guessed it, the COVID-19 pandemic.

Despite calls to make the situation better, it's actually getting worse. On average, women make just 82 cents for every dollar men earn. That's why they'd have to work until late March to earn the same as a man in a calendar year.

When you break down the demographics, it gets even worse. For Black women, Equal Pay Day falls on Aug. 3. For Latinas, it's Oct. 21. At the rate we're going, experts say the United States won't reach equal pay for men and women until 2106.

Women make 82 cents for every dollar earned by men. Btw, it's 2021. #EqualPayDay #WakeUpCLT

And you can blame the pandemic. A record number of women were forced out of their jobs when the coronavirus hit. By January 2021, 80% of working adults who left their job were women.

Those numbers aren't just women paying the price. It means families have less income, hurting local and state economies that depend on those dollars, or should we say 82 cents, coming in.

RELATED: 'It's just not right' | NC Mom left to choose between groceries or internet for kids' school while struggling amid pandemic