Of the thousands of PPP loans handed out to North Carolina businesses the first time around, less than 100 went to Hispanic-owned businesses. 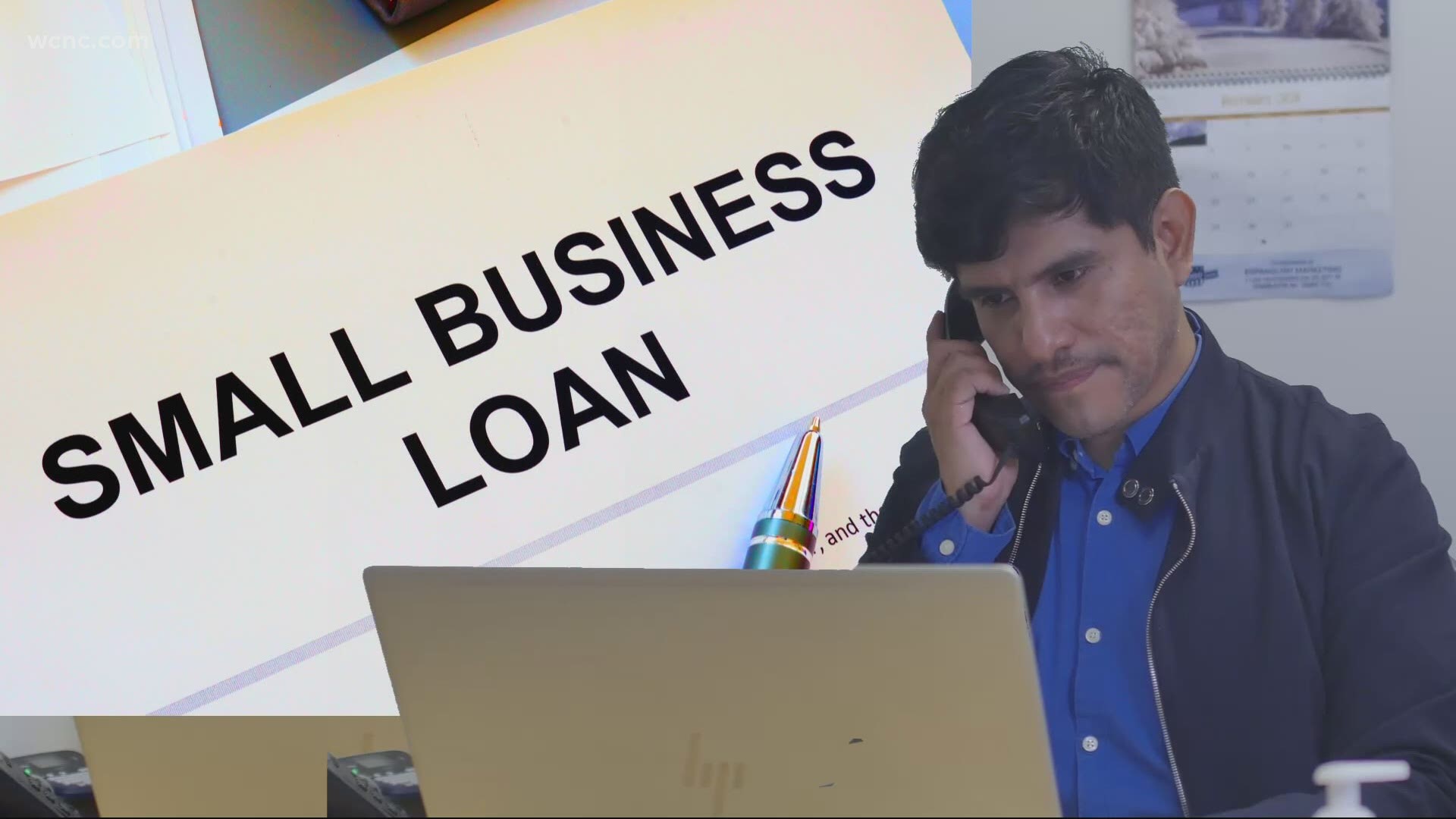 CHARLOTTE, N.C. — The second round of PPP funding has officially launched, and small businesses are now able to apply for a piece of the $284 billion pie.

This time around there are new rules in place to ensure minority-owned businesses are prioritized after being largely left out of the first round.

Of the thousands of PPP loans handed out to North Carolina businesses the first time around, less than 100 went to Hispanic-owned businesses.

The initial $523 billion paycheck protection program was intended to help small businesses stay open and keep employees on the payroll.

RELATED: Second round of PPP immediately slammed, are you eligible?

But the rollout came under harsh criticism for systematically favoring big businesses.

Many smaller banks said they weren’t equipped to handle the program, and mom and pop shops had trouble navigating the legalese.

Of the 2,026 small business owners and non-profits in the Carolinas who identified their race in their PPP applications in the initial round, only 65 were Hispanic-owned.

“That was not surprising at all," admitted Jose Alvarez, Vice President of the North Carolina sector of the nonprofit Prospera, which offers free counsel for Latino business owners.

“They may know how to do business in Latin America, but here it's a different system," Alvarez explained. "The majority in the Charlotte region, and in North Carolina, for that matter, are first-generation entrepreneurs or Latino entrepreneurs, immigrant entrepreneurs. So they might not speak the language, they might not necessarily know what's available to them, and much less during a pandemic.”

The second round of PPP funding that opened in 2021 sets aside $12 billion specifically for minority-owned businesses and prioritizes smaller lenders.

Alvarez said during the initial program, from March 1 through Dec. 31, they were only able to help four North Carolina Latino-owned businesses get approved for a PPP loan.

“Just hand-holding and explaining to them this is what these different programs are, you might have a better shot at this, let me help you, you know, fill out all the forms that application," Alvarez explained. "So those are the issues that I think why they didn't have as much access, it's because it's lack of understanding and knowing that these resources are available to them”

RELATED: Small businesses in Charlotte team up during pandemic

Alvarez encourages all small business owners to apply for any and all help available, to ensure a strong, and diverse economy is still standing on the other side of this crisis.

“The fact that they survived, they were able to retain employees, and they didn't lose their investment, that in itself is a big help for the economic ecosystem," he said.

Learn more about Prospera and their free assistance programs here.