How you can save big money on designer clothes, handbags in Charlotte

The hidden secret isn't so hidden anymore. In fact, retailers like Belk are getting in on the consignment deals. 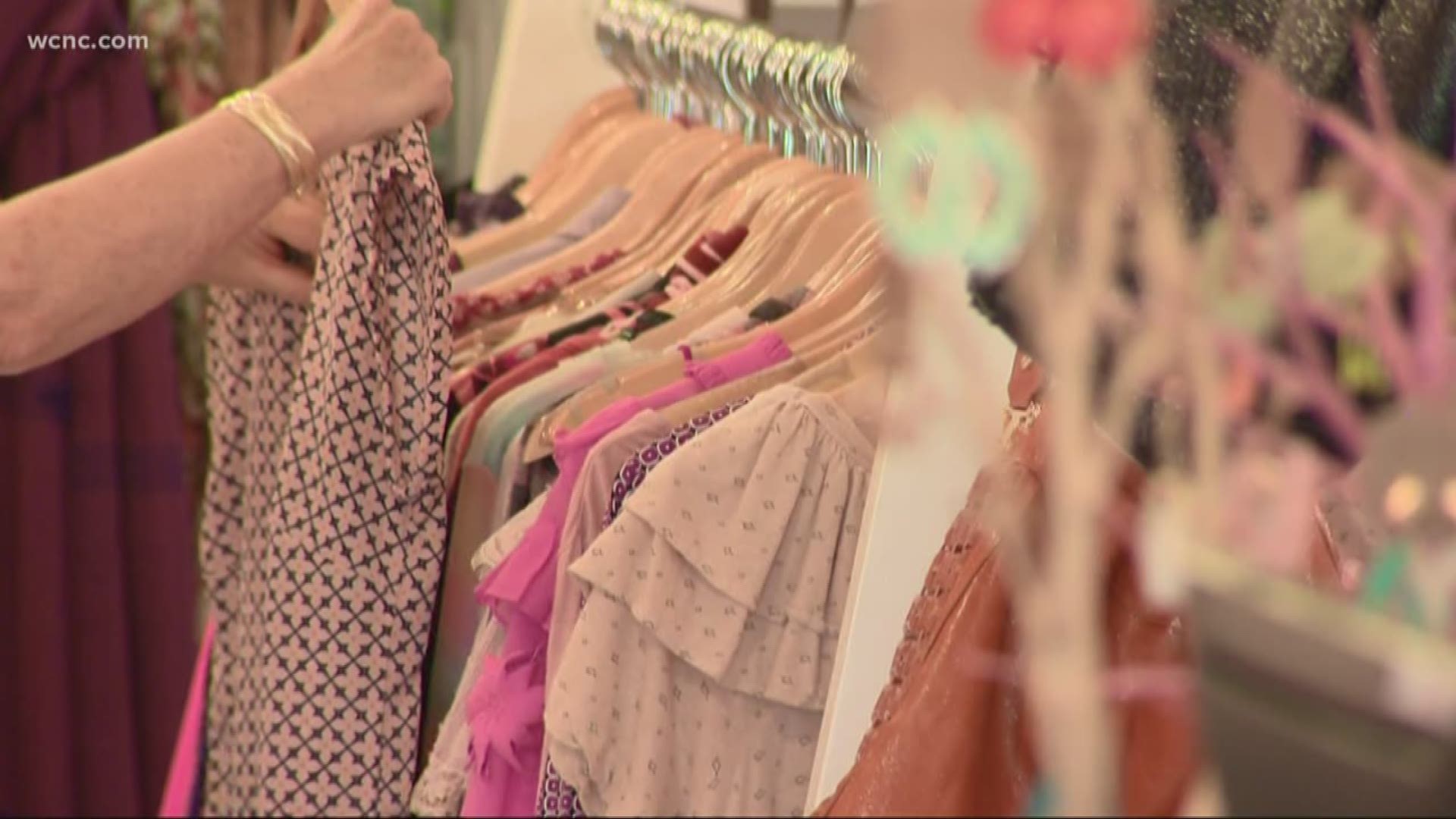 CHARLOTTE, N.C. — There's a hot new trend that can save you big money on designer clothes and handbags, plus it puts cash back in your pocket.

It's called consignment, and it's such a big business that even mainstream retailers like Belk are getting in on the action.

Consignment used to be a hidden secret. It's not so hidden anymore, and it's a great way to get high-end stuff at a fraction of the price.

Whitley Hamlin is a Charlotte-based stylist who loves shopping at J.T. Posh in Dilworth, an upscale consignment shop where you can sell your clothes to the store and get cash for things you don't wear anymore.

"It's a great way to put wonderful new pieces in your closet that are much more accessibly prices than paying full retail," Hamlin said.

Those new pieces, though, aren't exactly new. Most of them are just new to you.

"You're going to save an exponential amount and have the same bag as someone who bought it at Neiman Marcus," said the store's manager.

Business is booming at J.T. Posh. One shopper, Roxie Tesmer, says she doesn't mind that someone else has worn the designer shoes she just bought, especially because she got such a great deal.

"I think my favorite thing about a consignment store is the hunt," Tesmer said.

This summer, even Charlotte-based Belk got in on the consignment fun. They launched the "What Goes Around, Comes Around" section that features gently used Gucci and Louis Vuitton handbags.

"They are reused bags that are luxury in excellent condition that we are reselling," said a Belk manager. "It's a very growing business. Vintage luxury handbags have been growing for several years now, so you're going to start hearing more and more about it."

And there's another secret you might not know about consignment. Not only can you find used clothing, sometimes you can find brand new things.