'It hasn't been easy': Charlotte's newest luxury hotel struggling to hire workers ahead of grand opening

Uptown Charlotte will be home to the first JW Marriott in the Carolinas. The hotel, which opens in July, believes business travel will soon pick up. 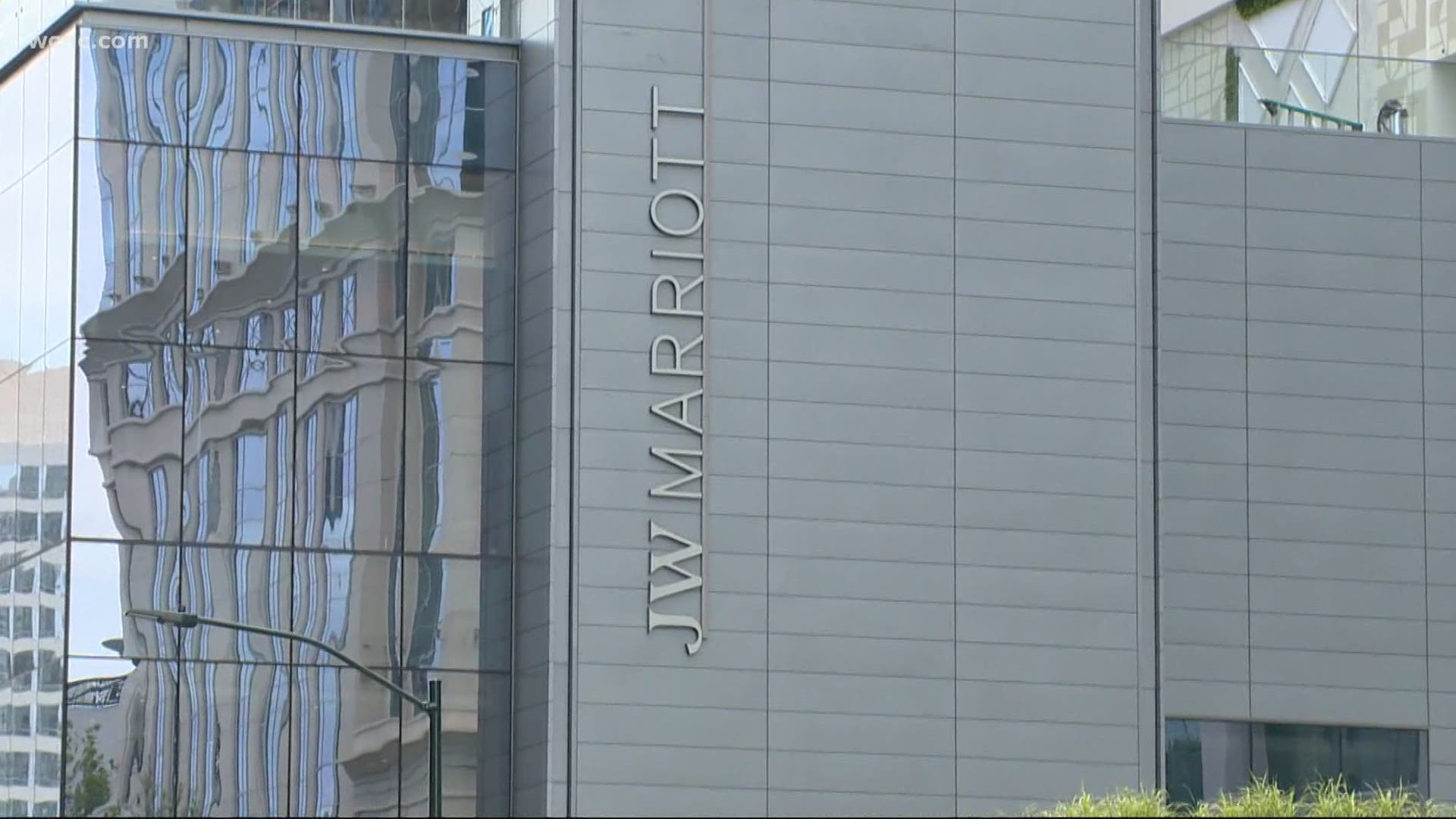 CHARLOTTE, N.C. — A new luxury hotel that's about to open in Uptown Charlotte is banking on business travelers coming back to the area to fill the rooms.

Unsurprisingly, like everything else during the COVID-19 pandemic, it hasn't been a smooth ride to opening day. But for staff at the JW Marriott, Charlotte was the preferred destination as an up-and-coming city.

The new hotel, which stands at Stonewall and College streets in Uptown, will be the first for the company in the Carolinas.

Construction started over two years ago, before COVID-19 made Uptown's busy streets a ghost town and empties the office buildings that make up the city's skyline.

The target audience for JW Marriott is mid-week business travelers. David Malmberg, general manager of the hotel, says he's confident Charlotte is coming back from COVID-19.

"For sure, I think there's great indicators pointing in the right direction," Malmberg said.

He's convinced those travelers will be back, in part thanks to some of the job announcements we've seen in recent months. In the past few months, Centene and Credit Karma have announced new Charlotte headquarters, and Amazon has announced it will add even more jobs to its growing presence in the Charlotte market.

RELATED: Why Charlotte is such a popular destination for tech companies

"We see countless companies relocating to Charlotte, even during the pandemic," Malmberg said.

But Malmberg admitted that hiring people to staff the 381-room hotel and three restaurants that will support it has been tough. Even still, he says they'll be ready when the first guests arrive.

"It hasn't been extremely easy," Malmberg said. "It certainly has been more difficult than a standard year."

The hotel is expected to open next month.

RELATED: How will I know if I won the NC vaccine lottery?