Richard Warriner and his wife waited 5 months without an answer. In the meantime, they were forced to cut spending and even rationed their prescription medicines. 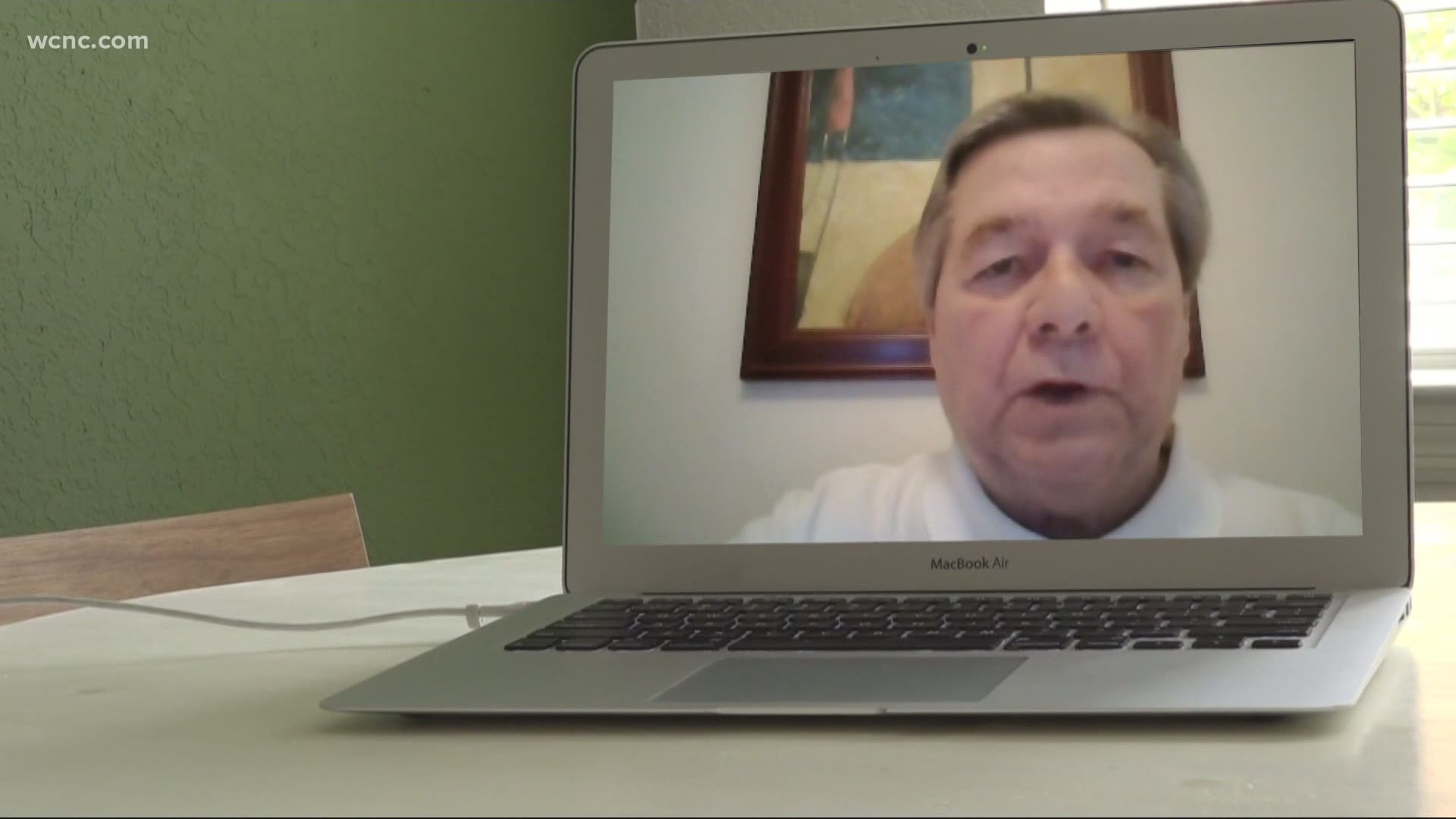 AVERY COUNTY, N.C. — A 73-year-old man who lives in Avery County, North Carolina says he finally received unemployment benefits after waiting months, forcing him and his wife to ration their medication while waiting.

Richard Warriner told WCNC Charlotte's Defenders he applied the Pandemic Unemployment Assistance program in May. He and his wife waited for months with no answer. They were left with no choice but to cut their spending, including vital prescription medicines.

Warriner said every time he called to talk with an agent with the North Carolina Department of Employment Security, he was told his claim was good to go, which is why he's confused he had to wait several months without payment.

Warriner, who does medical schedules for a company in Minnesota, said he took a major pay cut in April when he was making $750 per week, which went down to $250 per week. Initially, he applied for regular unemployment benefits.

“As an independent contractor, I was deemed ineligible,” said Warriner.

Then he switched to the Pandemic Unemployment Assistance program in May and waited months for an answer. He said every time he talked to a DES agent, he asked the same question.

"Is there anything wrong with my file you can see?’ And every time everybody said ‘No, it looks great, you should be getting it’,” said Warriner.

In the meantime, Warriner said his refrigerator broke down.  He also said he and his wife were holding off on car repairs, and even rationing their prescription medications.

“Instead of taking two pills a day you take one, so you don’t have to refill it as often,” Warriner said.

Warriner said he has friends in other states who applied for unemployment benefits and were already paid. In North Carolina, he doesn’t know what else to do to get his payment.

“They have a place on their website where you can update your documents which I have done, but I’m not sure anyone has looked at them,” Warriner said. “I suspect it’s the push of a button on a computer and it’s resolved.”

There has now been a major update to Warriner’s case within the past month. He said his case was resolved after he contacted the Defenders team and he also reached out to a state representative who agreed to help. Now, Warriner is getting his unemployment payments.