A Lincoln County family is worried they’re going to be homeless after getting an eviction notice. 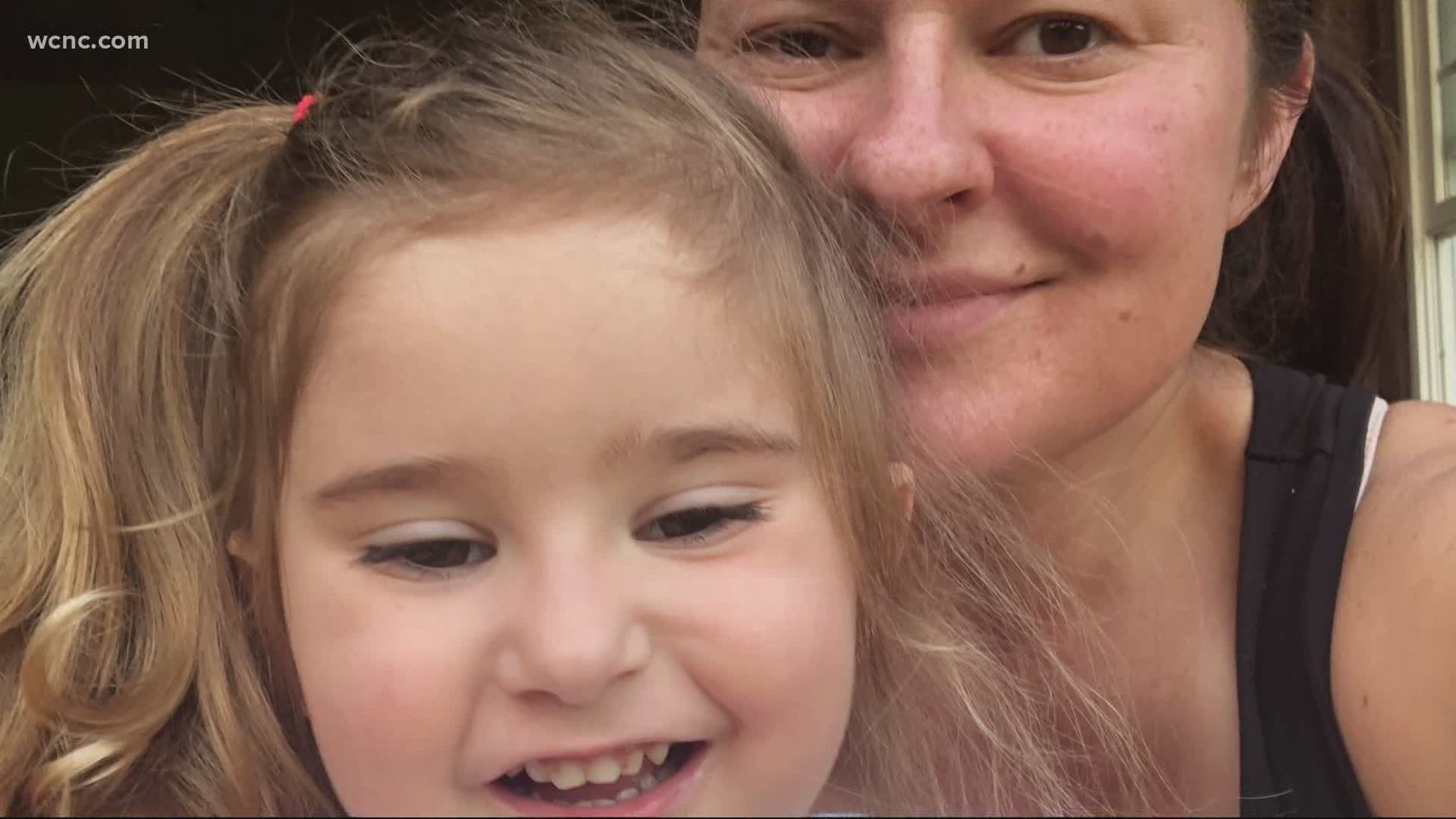 LINCOLN COUNTY, N.C. — A Lincoln County family is worried they’re going to be homeless after getting an eviction notice. It comes as WCNC Charlotte is learning of new numbers from nearby Mecklenburg County — since July 16, Sheriff Garry McFadden says they’ve served nearly 500 evictions.

The family in Lincoln County is now struggling with two children: a 3-year-old and a newborn. The parents say they’re trying to keep a roof over their heads.

Heidi Gardner says looking back at fond feelings from the past about their Lincoln County home is now bittersweet when considering the present situation.

“Worried about being homeless,” Jed Gardner, her husband, said.

The Gardners said they’re in the process of being evicted from the place they’ve called home for 16 months.

“We have a three-year-old, she practically grew up in this house, we have a newborn baby,” Heidi Gardner said.

The couple says they got the eviction notice after being late on August rent.

“A sheriff showed up at the door with a summons,” said Jed Gardner.

Jed Gardner said the magistrate sided with the landlord during a court hearing, citing a breach of contract.

“[I] just feeling like my children are not going to have anywhere to go," said Heidi Gardner, choking up. "Just feeling very helpless to provide for them."

“When the state shut down,” he said.

Jed Gardner said he first took a pay cut from his job as a technician at a local car dealership before being laid off in May. Since then, he said he’s been receiving unemployment benefits, but the amount was significantly reduced in July.

“I was dropped down to $251 a week and that just barely pays for food and diapers,” he said.

The Gardners say their offer to pay August rent late was denied, but the property owner disputes that. He declined to do an on-camera interview but told WCNC Charlotte he’s had past issues with the tenants, including the upkeep of the home.

The property owner also said they’ve repeatedly been late on rent dating back to last year. However, the couple sent WCNC Charlotte receipts that appear to show they’ve made payments on time for the majority of this year.

Jed and Heidi Gardner say they’re in the process of being evicted from their Lincoln County rental home after being late on August rent. Making matters worse, they have a 3 year old and a newborn. Their story tonight at 6pm ⁦@wcnc⁩ pic.twitter.com/Wlw13Z4gG1

“Everything’s been caught up and on time since then,” Jed Gardner said.

As they struggle through the eviction process, the Gardners are well aware they’re not alone.

“Just remind yourself you're loved, and you’re blessed, even if all you have at that moment is your health and your family around you,” Heidi Gardner said.

The Gardners say they plan to appeal the court’s decision about the eviction, which they have to do by Thursday.