Lowe's to hire more than 400 seasonal employees in Charlotte area

Stores across the Charlotte area will host a job fair from 10 a.m. until 7 p.m. Tuesday as the home improvement giant fills more than 50,000 positions nationwide. 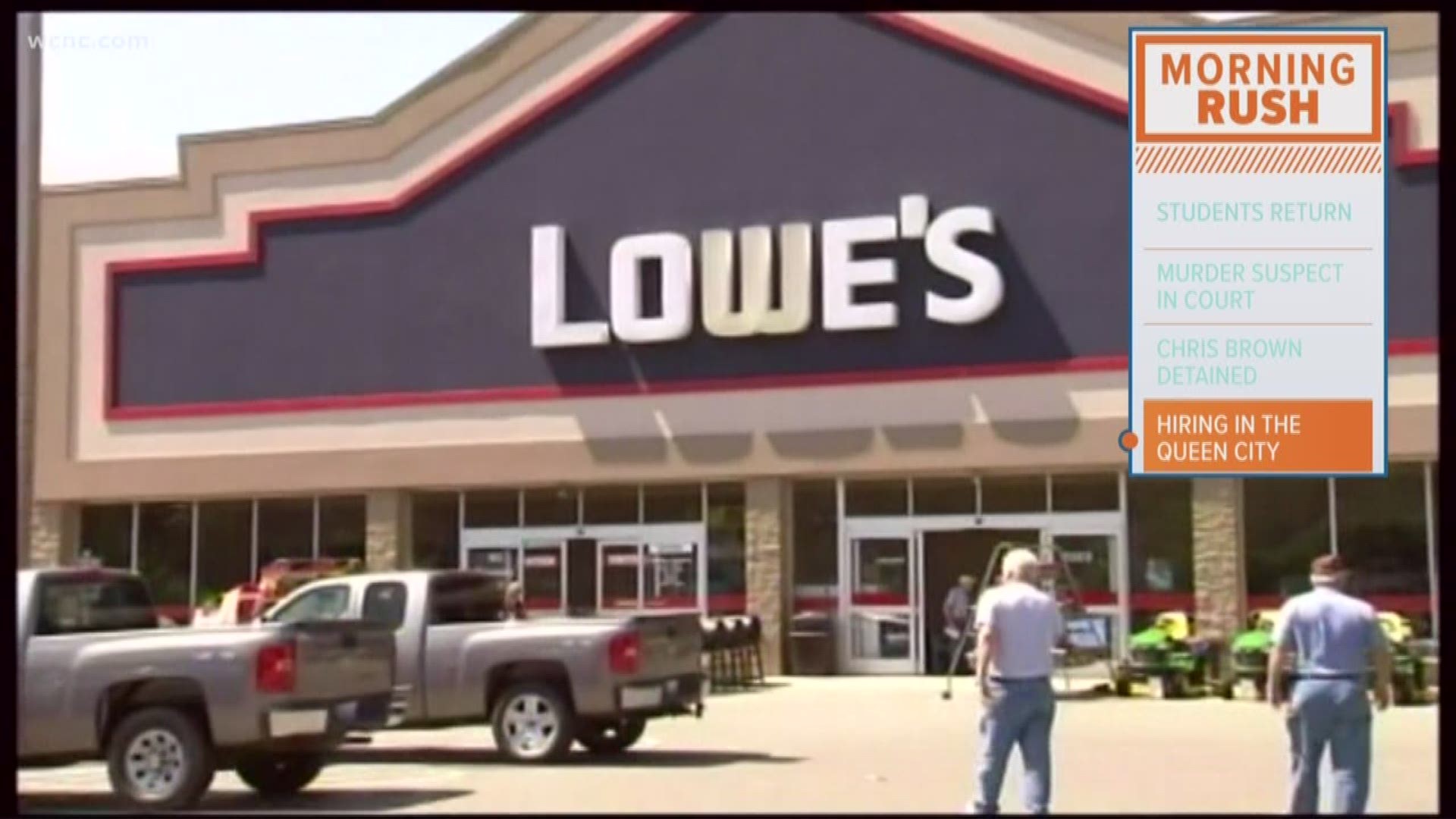 MOORESVILLE, N.C. — Home improvement retailer Lowe's announced Monday that it plans to hire more than 420 associates Tuesday in the Charlotte area as part of its plan to add more than 50,000 seasonal workers nationwide.

Lowe's stores across the region will host a job fair from 10 a.m. until 7 p.m. Tuesday to accept applications for seasonal positions, which are typically available from March through September. These positions usually include cashiers, lawn and garden associates, stockers and loaders.