As deadline looms to relocate Tent City residents, leaders point fingers over who should help

Tension rose between county and city leaders over which roles they were going to play, if any at all, to assist in the move. 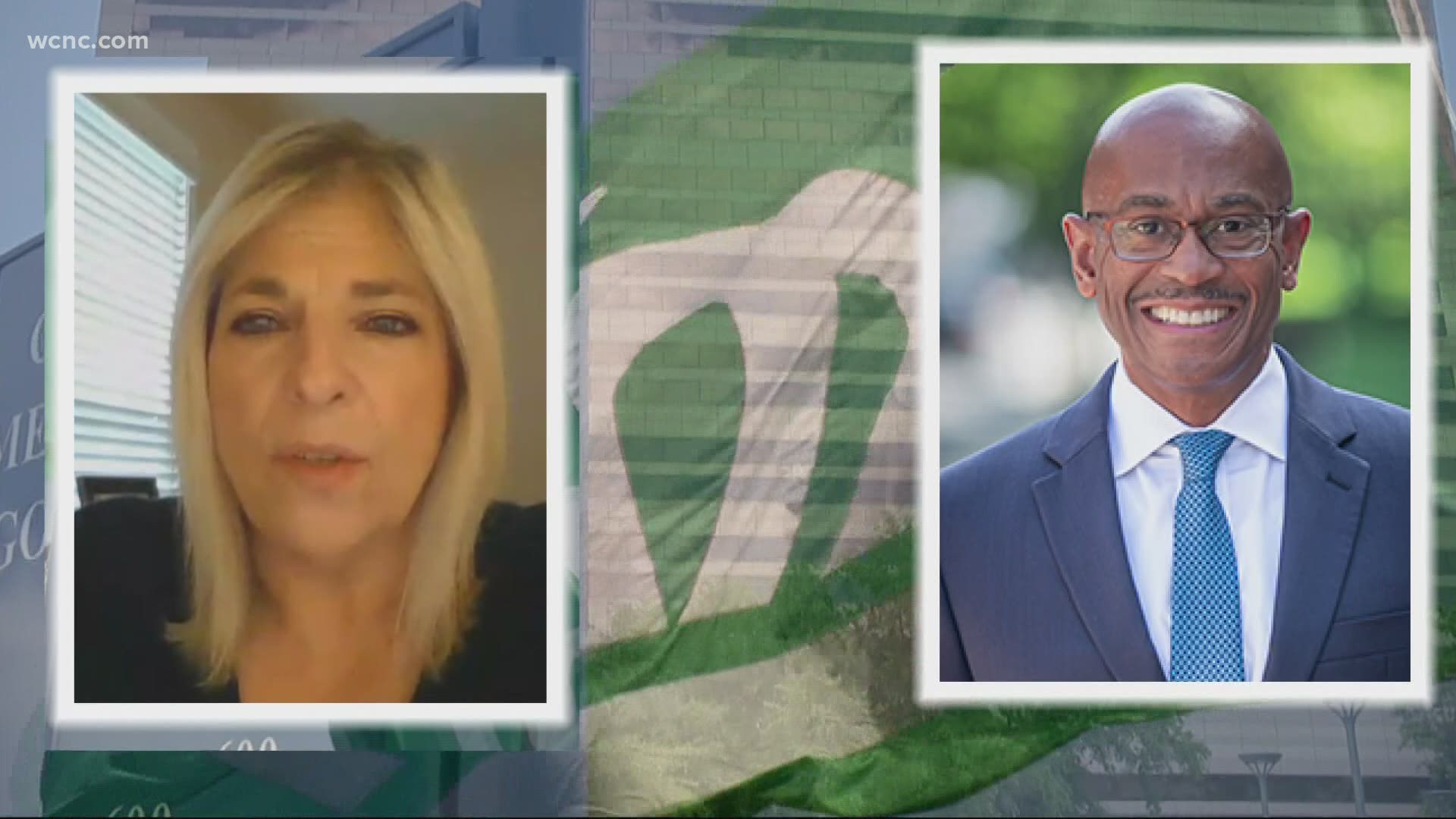 CHARLOTTE, N.C. — As a cold rain pounded down and an order to vacate the premises loomed heavy in the air over Charlotte’s Tent City, residents of the homeless encampment began loading into vans Thursday.

She gave the residents 72 hours to vacate the property and ordered the property owners including the City of Charlotte to clean up the site and eradicate the rats.

Harris said health inspectors long feared a rodent infestation would be possible at the site because of the large amounts of trash that piled up there each day.

“Over the last two weeks conditions have worsened significantly,” she said.
On Feb. 11 is when those inspectors first discovered proof of a rat infestation, Harris said. 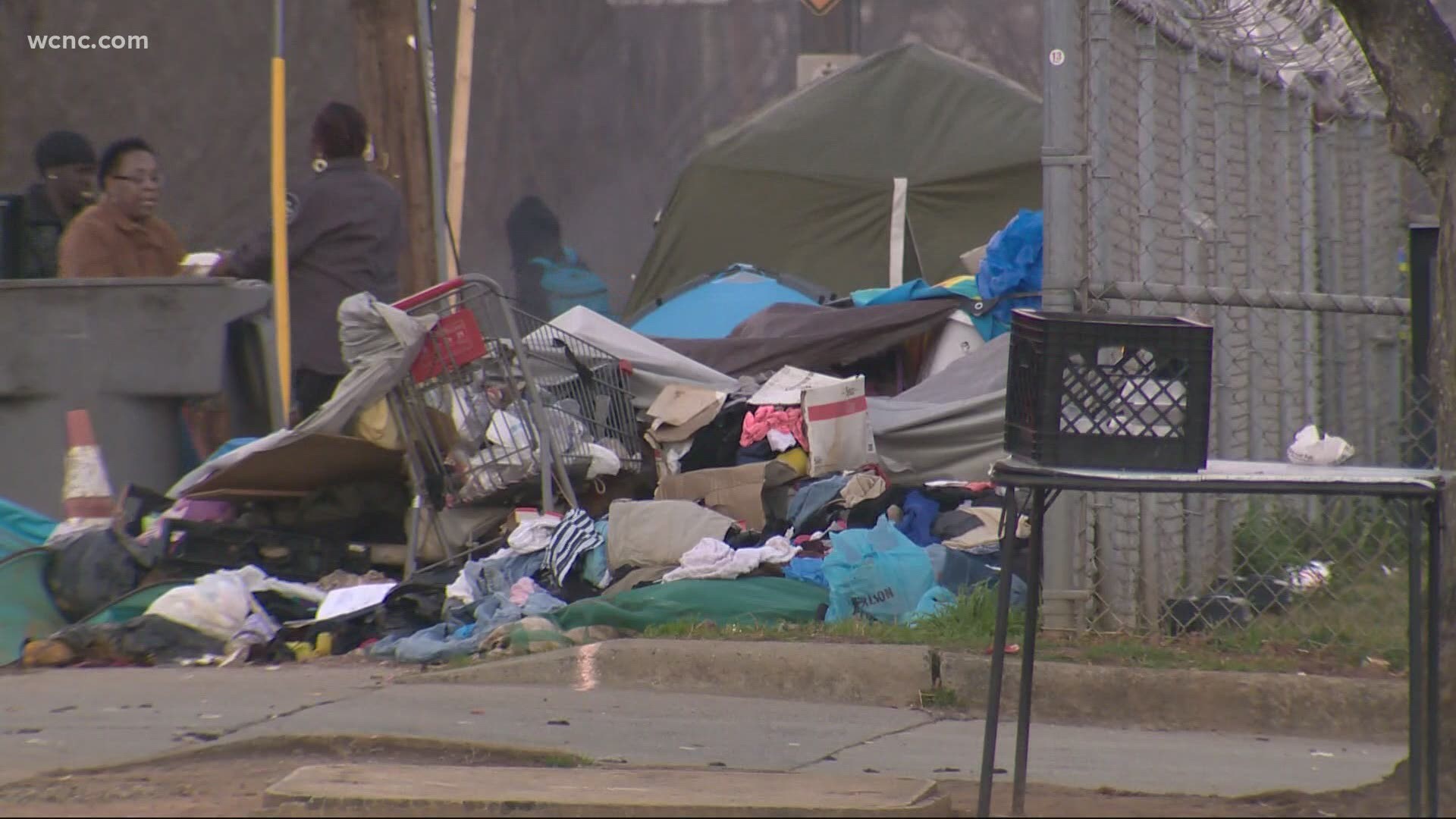 “I saw the pictures of the rodents and the feces and the burr holes and my staff were able to confirm that we did have an issue, then we acted,” she said.

Residents insist the rats are just one of the problems that have plagued the site for months. Complaints of human excrement, large piles of trash, unsafe and inhumane living conditions, and unattended fires have been reported for nearly a year.

Harris called those issues “quality of life” concerns; the rats, however, are a potential public health crisis.

Approximately 180 people have accepted the county’s offer for a 90-day hotel stay. That number exceeds the number of people estimated to be living at the site. Diorio said they would not turn anyone away if they presented and said they had been living at the encampment.

But with less than 24 hours until the residents of the site were required to leave, tension rose between county and city leaders over which roles they were going to play, if any at all, to assist in the move.

Both Charlotte-Mecklenburg Police Chief Johnny Jennings and Mecklenburg County Sheriff Garry McFadden declined to enforce the Friday at 5 p.m. order and would not assist residents with moving.

“It’s not clear to me exactly why law enforcement does not want to participate in assisting us with this,” said county manager Dena Diorio. “We think that is something they would need to do especially if there is a trespassing charge.”

Jennings issued a statement that said in part, “this is not how this should be managed” and he did not want to “criminalize homelessness.”

Meck County Health Director says the relocation at Tent City had to be done because conditions deteriorated over the last two weeks. Rats, fires, rat poison, feces- the list goes on. That said, it doesn’t address the long term problems, she said. pic.twitter.com/psof4IEjRH

Diorio said she was “disappointed” by the lack of assistance.

“At a time when we have people living with rats it’s unfortunate that the city and sheriff would refuse to help,” she said. “It is particularly troubling when one of the property owners in the city of Charlotte.”

Diorio also blasted city manager Marcus Jones, claiming he backed out on an agreement to provide transportation for people to get from the Tent City site to the hotels.

“When I talk to the city manager and I say, ‘Can you provide the transportation?’ and he says, ‘it’s done, I assume it’s done,” Diorio said. “When I make a commitment to somebody to do something I do it.”

A city spokesperson fired back Thursday in a statement, writing: “We never said we would not support the County but were asking for critical details to understand the scope of their need and the County was unable to provide those details.”

Diorio said city leaders raised concerns over who would provide security for the people that would be transporting the residents since CMPD and the Sheriff’s office would not assist.

“It became clear” that the county would have to utilize its own employees, Diorio said.

Diorio said she does not share the same safety concerns that were raised by the city manager.

“Our staff transport folks all the time,” she said. “We would never put our employees in danger ever.”

On Thursday, social workers assisted residents packed two bags of belongings and loaded them into small vans, transporting them to an undisclosed hotel.

“Oh my gosh, to get up under some blankets and some warm environment makes me want to cry,” one man who has been living at the campsite said.

“The rats and everything and the garbage and the smell, and the rain and the cold, the mud. Come on man, the list goes on and on," he said.