Plans to give Brookhill Village a big and needed facelift have been in the works for months, but there's a funding problem that could displace families. 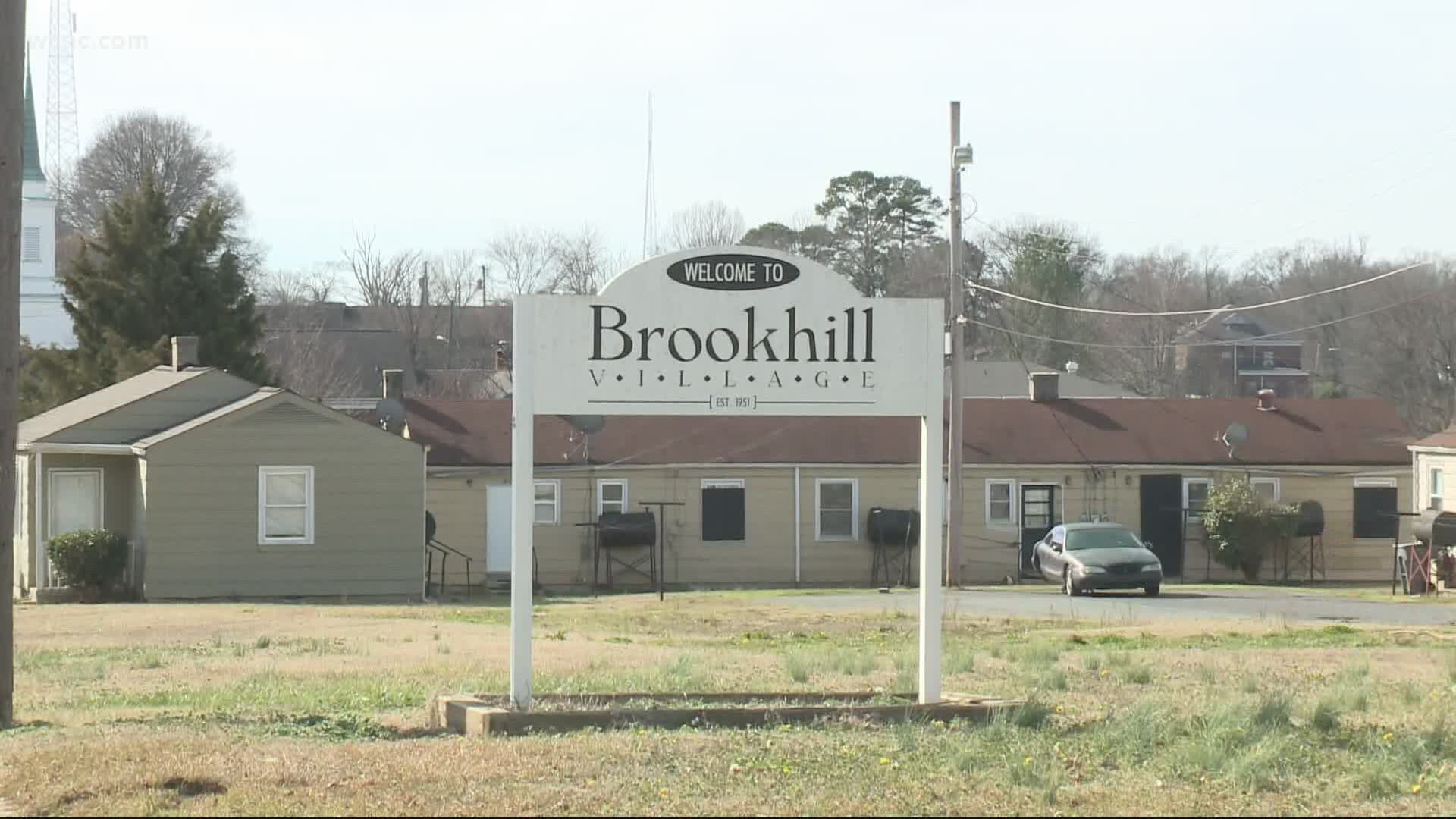 CHARLOTTE, N.C. — Brookhill Village has been part of Charlotte's fabric for nearly 70 years.

Plans to give it a big and needed facelift have been in the works for months, but there's a funding problem that could displace families.

It's a stark contrast. On one side of South Tryon Street, there are sprawling luxury apartments in South End which is booming. But just across the street, in its shadows, lives Brookhill Village.

It's a development full of affordable, but aging, homes. Some windows are boarded up as paint flakes off the splintered wood that makes dozens of families' homes.

"I put four kids through high school and one through college -- right here," said Willie Jones as he stood on his porch.

Jones has called Brookhill home for half his life.

Residents will tell you, the place is in need of a makeover. But they want to make sure it stays affordable so they can stay put in their community.

Jones welcomes a long-standing plan to do just that.

A developer wants to redevelop the community into 324 units, half of which would be affordable.

There's only one problem.

McKinnon has been working with the developer to keep current residents in the neighborhood. He said the developer wants to include affordable housing.

"It's not just affordable housing, it's home," McKinnon said passionately.

But LISC Charlotte, which handles private funds for Charlotte's affordable housing, denied the developer's request for $10 million as it listed a number of concerns. The city may also deny $3 million from its housing trust fund.

"This is the house that built these incredible, resilient, beautiful, hardworking people! And all we see are numbers on a spreadsheet and how it's not going to ink," McKinnon said.

If the developer doesn't get funding, all of the units would be rented at market price. It's a price dozens of families currently living at Brookhill Village won't be able to afford.

"If we don't find a way to make this happen, that is on us all," McKinnon concluded.

City Council has voiced its support in finding a way forward and on Monday city leaders will be given an update,  as time dwindles.