With COVID-19 costing so many people their jobs, members of the Charlotte City Council expressed support for outside-the-box housing options. 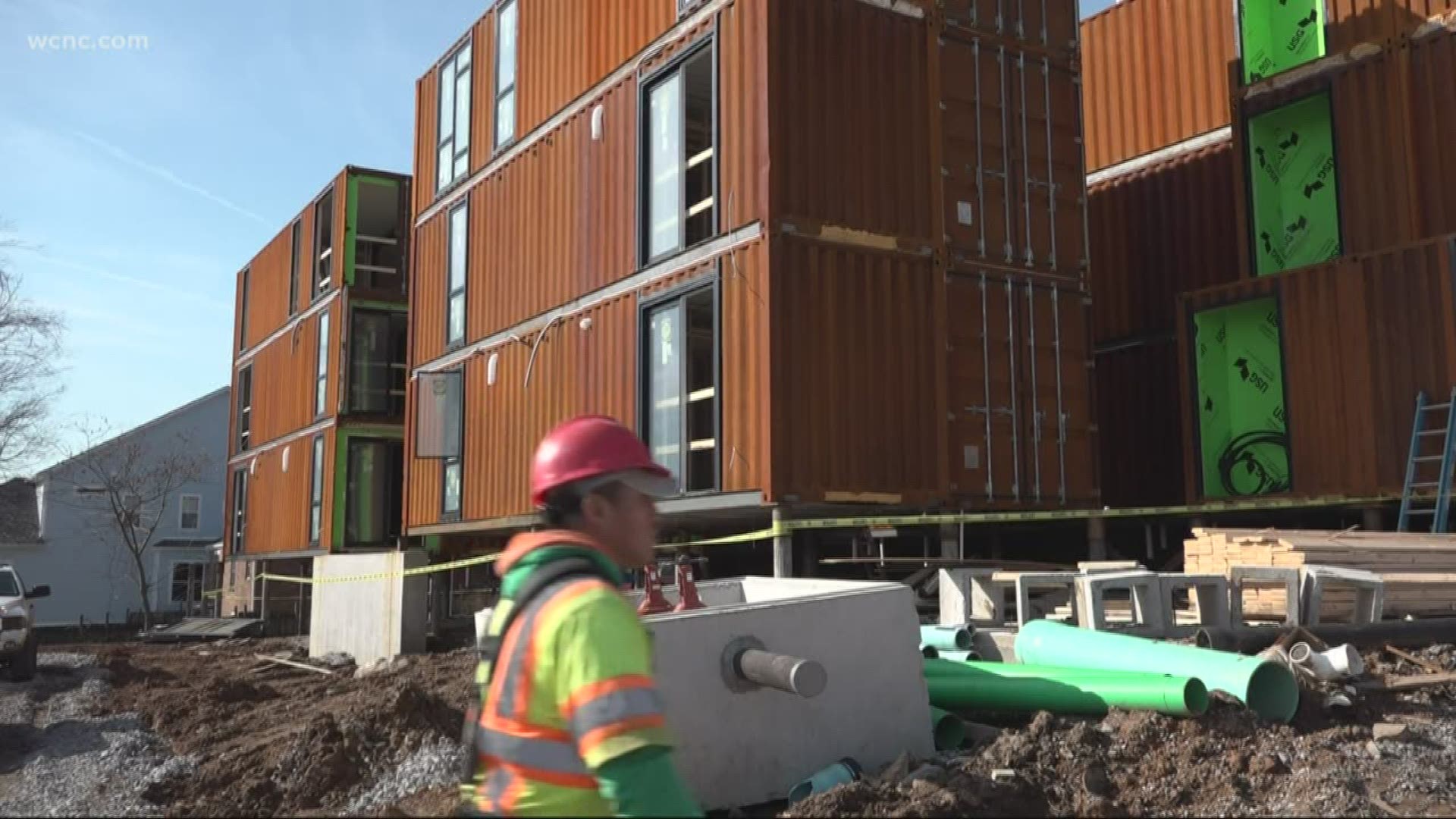 CHARLOTTE, N.C. — The coronavirus pandemic is renewing a push for Charlotte to use shipping containers for affordable housing, especially as more and more people lose their jobs and fear they will eventually lose their homes.

“It could really be a time to start thinking outside of the box,” she said. “Could we take a look at building codes and enforcement and using alternative materials right now, such as shipping containers?”

The idea of alternative housing solutions is something Mayor Vi Lyles said she supported during the meeting and reaffirmed Tuesday.

“I think that there is renewed energy about that. I’m not so sure it’s just shipping containers,” the mayor said. “We ought to look at all the innovations and building materials for affordability that we can possibly take, especially since we know we have to have people that are now living in hotels, our homeless population that we moved into hotels, at some point we have to determine how we’re going to work towards permanent housing, affordable housing that can be permanent.”

Shipping container homes are an option slowly gaining momentum in other parts of the country, including in similarly-sized Nashville. Through WCNC Charlotte’s work with the Charlotte Journalism Collaborative, we first highlighted the possible housing solution in February after visiting the largest shipping container housing project in the country.

RELATED: Nashville's shipping container apartments could be inspiration for Charlotte

Stacked three-high, 83 Freight is taking shape in an up-and-coming Nashville neighborhood. Once complete, it will be home to studios, one-bedroom and two-bedroom units priced 20 to 25% below the going rent. The units are made out of once-used shipping containers.

“It’s not something that’s going to replace traditional building, but it’s something that will augment it,” Shawn Bailes, the president of FMBC Investments and Capital City Construction, said in February.

Reached Tuesday, Bailes said crews are still “plugging away” on the project. He hoped the first renters would move-in in May, bus said COVID-19 and recent tornadoes have slowed the process down, since codes workers are now working from home.

This story is part of WCNC Charlotte's "I Can't Afford to Live Here" series with the Charlotte Journalism Collaborative (CJC) in efforts to find solutions to Charlotte's affordable housing crisis.  The CJC is made up of several key journalistic partners and institutions including: The Charlotte Observer, La Noticia, Queen City Metro, Qnotes, WCNC Charlotte, WFAE, The Knight School of Communication at Queens University, Free Press, and the Charlotte Mecklenburg Library.

Products claiming to prevent or treat COVID-19 are dangerous and illegal, FDA warns

CMS teachers could grade on pass/fail