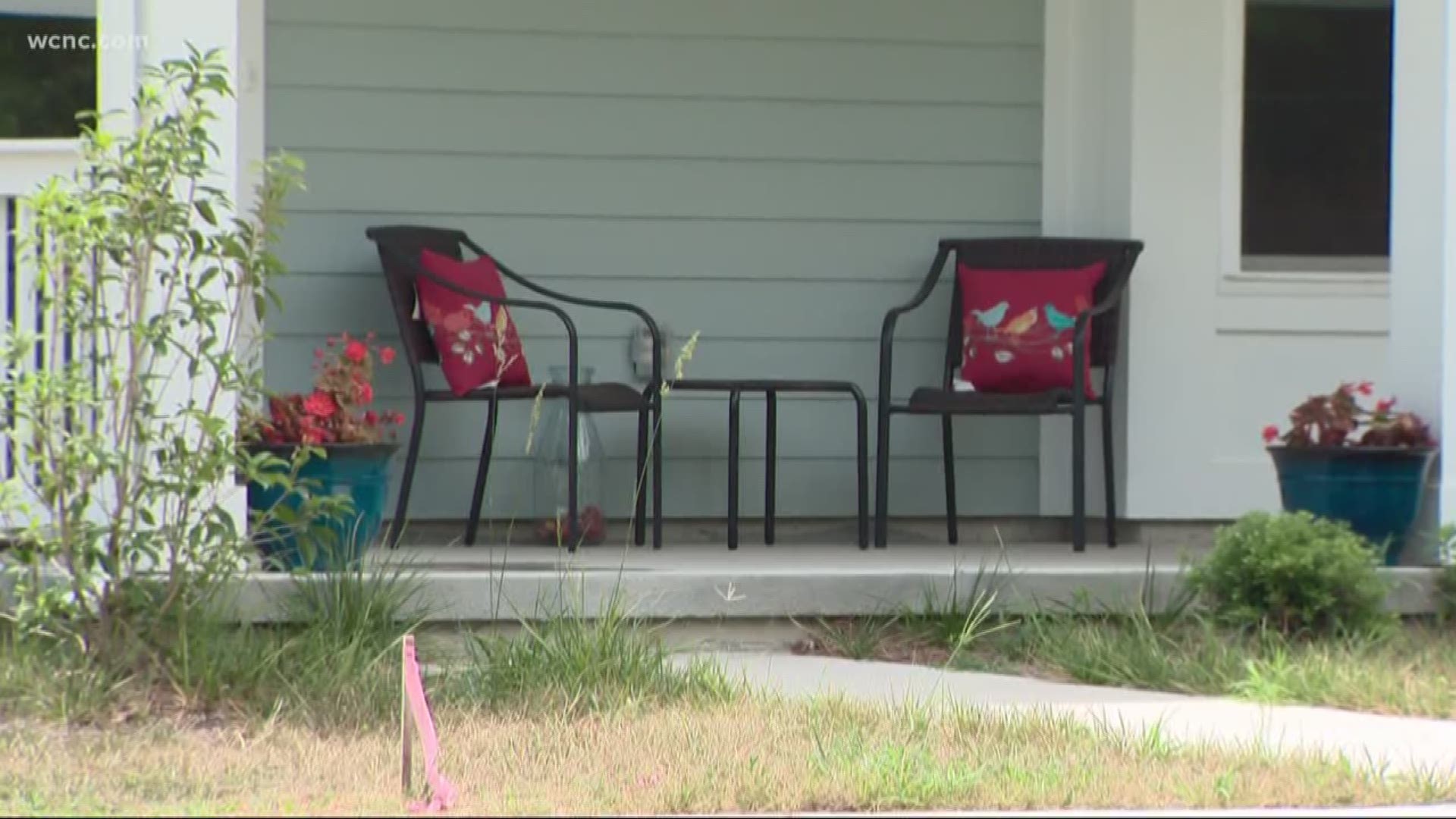 That's about double the number from a decade ago. We're looking at the controversial solution that some say could help.

"It's not just happening on the fringes; it's starting to happen in the neighborhoods you would not have thought."

The president of the housing partnership makes no bones about it.

"And all of the sudden, Charlotte is becoming completely unaffordable."

Charlotte has a housing crisis on its hands, starting with the loss of multi-family units to outside investors.

"Who are putting a minimal amount of money into those properties and raising rents 20-30% in the first year, 20-30% in the next year."

"It is beyond our control right now. We need more tools to purchase those."

Some experts suggested inclusionary zoning as a solution. Those policies typically give developers bonuses or other incentives in exchange for building or funding affordable housing.

Porter said getting state lawmakers to take action is an uphill battle. But in Davidson, planners aren't waiting. They enacted a plan requiring builders set aside 12% of a development for affordable housing.

Mayor and realtor Rusty Knox admitted there's been pushback from some developers.

"When you have to build affordable houses in a town where the average home price is about $500,000, the economics don't work out for them."

But it's working out for Davidson. Developers can make a payment to the city in lieu of meeting the housing requirement. Those fees have racked up a fund of more than $2 million.

"We use them to acquire land to potentially acquire existing homes and use down payment assistance as well as do emergency repairs."

Inclusionary zoning isn't a slam dunk. In some states, state courts have struck down ordinances as unconstitutional.

According to the Grounded Solutions Network, inclusionary zoning laws are on the books in 25 states plus the District of Columbia.

Just over 13,000 units were under construction and almost 10,000 apartments proposed in the Charlotte metro area as of February with nothing in place to require that any of them are set aside for affordable housing.

"There's a tremendous amount of cooperation among civic leaders and non-profits to help solve the problem, but it's getting away from us so quickly rents are rising so quickly that it's going to be very difficult to catch up and solve it or even abate it."