Two dozen families from the Oak Haven Mobile Home Park in Matthews are forced out thanks to a new development with hundreds of high-end apartments. 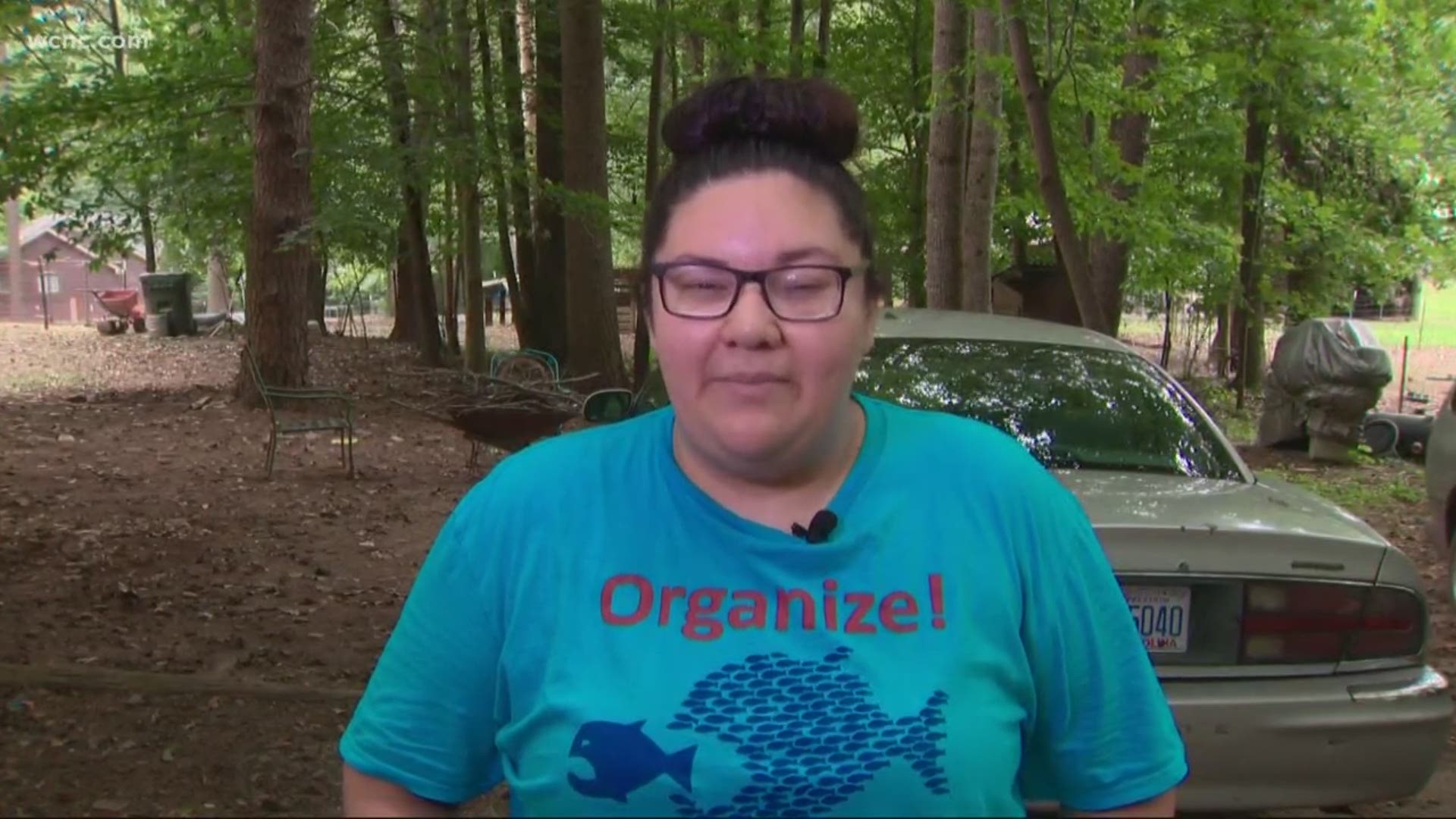 CHARLOTTE, N.C. — A new development is putting two dozen families from a Mecklenburg County mobile home park out of their homes.

For one family, zoning laws made it impossible to move their trailer, and with no other options available in Mecklenburg County, their only choice was to move to Gastonia. Jessica Moreno says the commute is putting a strain on the family economy.

"I live in Gastonia because in 2017, my neighborhood in Mecklenburg County, Matthews, found a rezoning sign outside of our community," Moreno said. "Turns out a multi-billion dollar development company wanted to rezone our neighborhood."

The company was going to build 350 high-end apartments on the site. Half the families were displaced.

It wasn't the first time for Jessica and her family.

"My mother moved us to Charlotte, North Carolina when I started middle school and we lived on the east side of Charlotte. She was a single mother raising two girls and she worked at a warehouse," Moreno said. "But we always had somewhere to live and we always had the bills paid and food on the table.

"The problem was with housing. One thing after another always happened."

Her normal commute involves a lot of driving in a pickup truck that isn't the most fuel-efficient vehicle on the road.

"In a normal day, I travel basically an hour to work and an hour back. In between that time, if there's an emergency, it would disrupt my whole day," Moreno said. "I drive a truck, so it's a lot of gas. If I didn't have reliable transportation I would be stuck out here.

"I get home at 8 [p.m.], there's really not much I can do, especially during the winter if I need to do things with my animals and just regular housework, it's hard to get it done that late."

Moreno says it's a matter of "doing what you have to do" to keep your family safe.

WCNC's collaborative partners at the Charlotte Observer found that 15 states provide help for mobile home residents through relocation assistance if their park closes. In Oregon, a community owner must pay each displaced family between $6,000 and $8,000.