A key part of the development will be the FC Elite Academy headquarters. 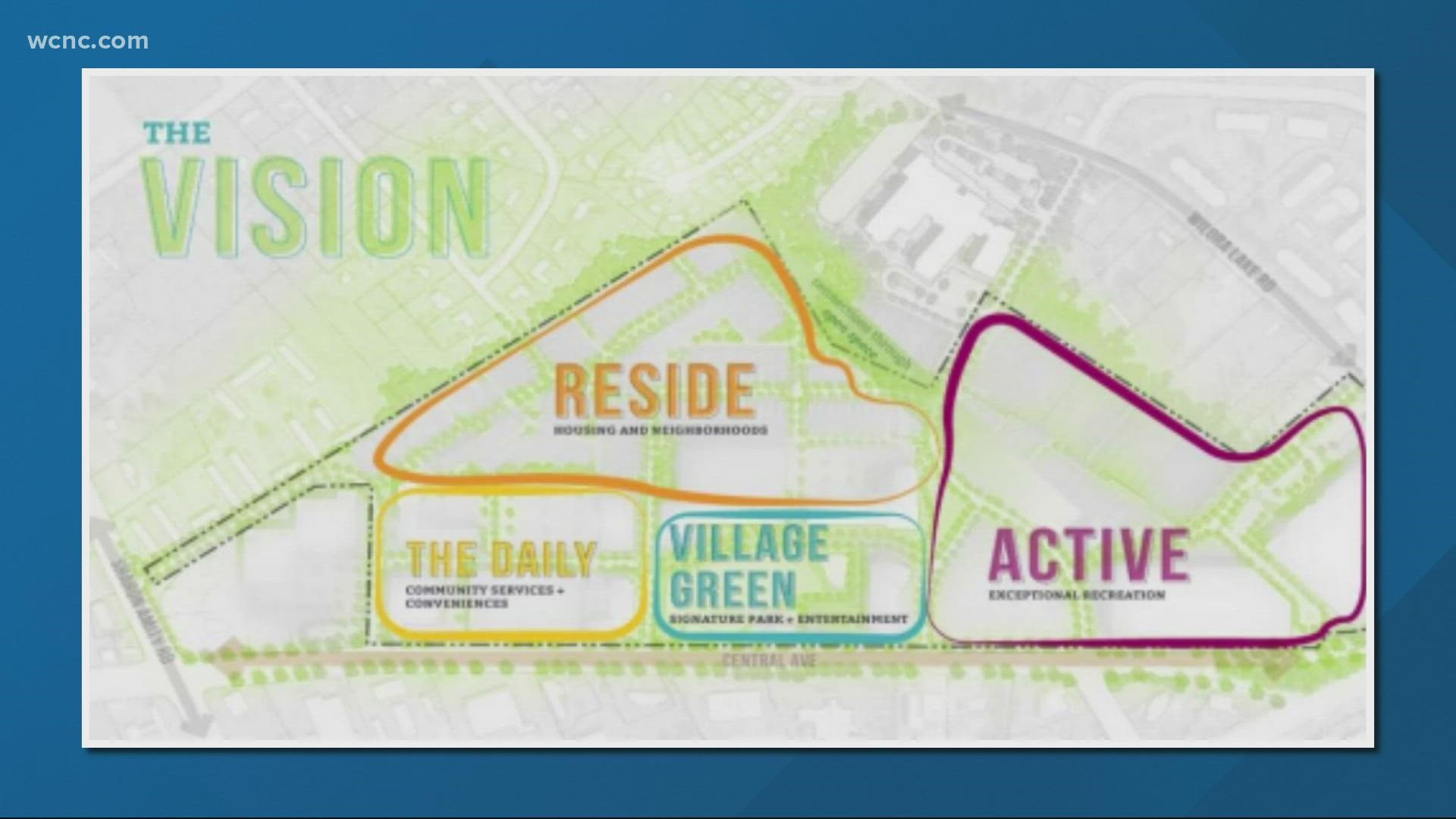 CHARLOTTE, N.C. — Mecklenburg County commissioners approved an agreement with the city of Charlotte that would provide tax incentives for the development of the old Eastland Mall site.

The $26 million project will have mixed-income housing, a park, greenways, businesses and a full-service grocery store. The site will also include entertainment venues but the key part may be the Charlotte FC Elite Academy headquarters.

At a meeting on Wednesday, county commissioners were told the 78-acre site will include 485 residential units. Of those, 85 will be senior affordable units and 250 others will be apartments for rent. The other 150 units will be townhomes and single-family homes for sale at full market pricing, according to the county.

Originally, Charlotte FC's headquarters were part of the plan but that is no longer the case. Instead, the plan now includes the Charlotte FC Elite Academy.

The academy is expected to include training, tournaments and camps. It will also be a place for Charlotte FC, as well as international clubs to hold open practices. The community will be allowed to use the fields for camps, clinics, festivals and other events operated by Tepper Sports.

Here is the vision of the Eastland site. @wcnc pic.twitter.com/dh7HU3Z1cW

"As someone who remembers a thriving Eastland and the surrounding area, I am ready to fill the void," said Commissioner Mark Jerrell.

The area will also include office space, restaurants and retail. The city agreed to reimburse 45% of new city property taxes made by the redevelopment back to the developer for 20 years.

Melvin Tuitt said he grew up going to Eastland Mall and would like to see a development that serves the community.

“Now that I have kids now, something more for the youth,” Tuitt said. “I mean, preparing them for the future right now, you know, so we don’t fall into a crisis as we did here just recently of this year. Something that’s going to mold them, give them a better outlook on life itself.”

RELATED: Charlotte once pledged $110M for MLS HQ at Eastland Mall. Here's how much David Tepper will actually get