'There was widespread fraud': Tens of thousands in PPP money went to fake farms in the Carolinas

From Minnesota orange groves to farms on the Jersey Shore, millions of dollars in fraudulent PPP loans went to fake businesses. How could this happen? 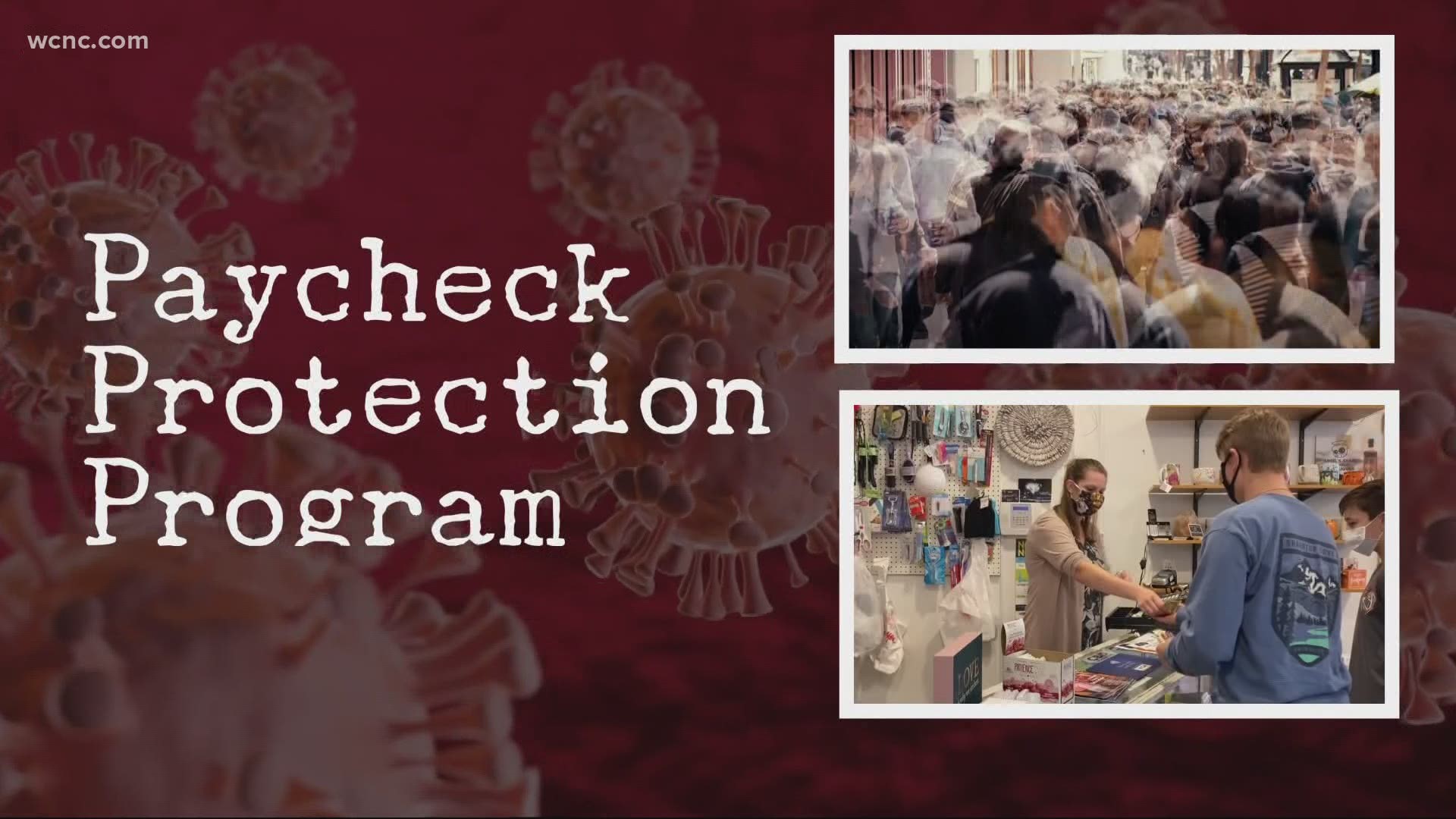 CHARLOTTE, N.C. — No question, the Paycheck Protection Program (PPP) saved jobs and helped small businesses through the pandemic but its quick rollout opened the door for fraud.

“They were in a hurry to get the money out the door, so they had very, very lax review procedures," explained Dr. Craig Holman, a Capitol Hill lobbyist for Public Citizen, a nonprofit consumer advocacy group.

"The chances for fraud were quite enormous," he added.

Holman said the latest target of a federal investigation is Kabbage, an online lending platform that handed out hundreds of thousands of PPP loans.

“Seventy-five percent of all the loans that Kabbage issued had no human review to it," Holman said. "All they did was they accepted the applications that came in, as long as every line was filled out on the application, and it was signed, the loan was given.

"And so as a result, there was widespread fraud.”

RELATED: 'I don't think I'll survive' | Some small businesses shut out of 2nd round PPP loans

"They issued about 378 PPP loans worth about $7 million to fake farms that just don't exist," Holman explained. "There was an orange grove farm in Minnesota. We don’t grow oranges in Minnesota! There were a number of farms in Ocean County, New Jersey, which is a beach community, it doesn't have farms.”

WCNC Charlotte's Defenders found tens of thousands of dollars also went to farms in North Carolina and South Carolina with names that aren’t registered businesses. Some had addresses that led to abandoned buildings and empty fields.

WCNC Charlotte is not naming them in this report so as not to interfere with an open investigation, and because many may be linked to names of innocent identity theft victims.

Holman says most of the stolen PPP money was funneled into scammers' pockets and offshore accounts, likely never to be seen again.

“The criminals probably got away with it," he said. "Those who will be held responsible are those who are negligent in handing out that type of money.”

That’s why he says the U.S. Department of Justice (DOJ) has now launched a probe into whether the firm should be held liable.

“I think a lot of American taxpayers will watch this and say, 'OK, I get that your company is not based on face-to-face interactions, I'll give you that,'" WCNC Charlotte reporter Savannah Levins said in an interview with Holman. "But how do you not know that there are not orange groves that need $2 million in Minnesota?”

“Right," Holman replied. "Just a simple check would have prevented that sort of fraud. And Kabbage did none of that checking.”

WCNC Charlotte reached out to Kabbage Wednesday, but their media inquiry line came back as disconnected.

A company spokesperson did respond to ProPublica’s report saying in part, “if fraudulent activity was suspected or confirmed, it was reported … with Kabbage providing its full cooperation.”

Holman says this investigation is just one of many, with other online loan companies like Kabbage likely to come under the same scrutiny as the DOJ sorts through thousands of fraud reports.

With how rampant fraud was with the PPP, the DOJ has their work cut out for them.

“It'll be years," Holman replied. "I mean think about it; $780 billion was awarded through this program and the small business administration kept haphazard records as to where the money went. So yeah, DOJ has got its work cut out for it.”