Mooresville bowling alley open despite order to close, says bowlers are happy to be back

The owner said business is trickling in, with many just happy to be back. But revenue isn't anywhere close to where it should be. 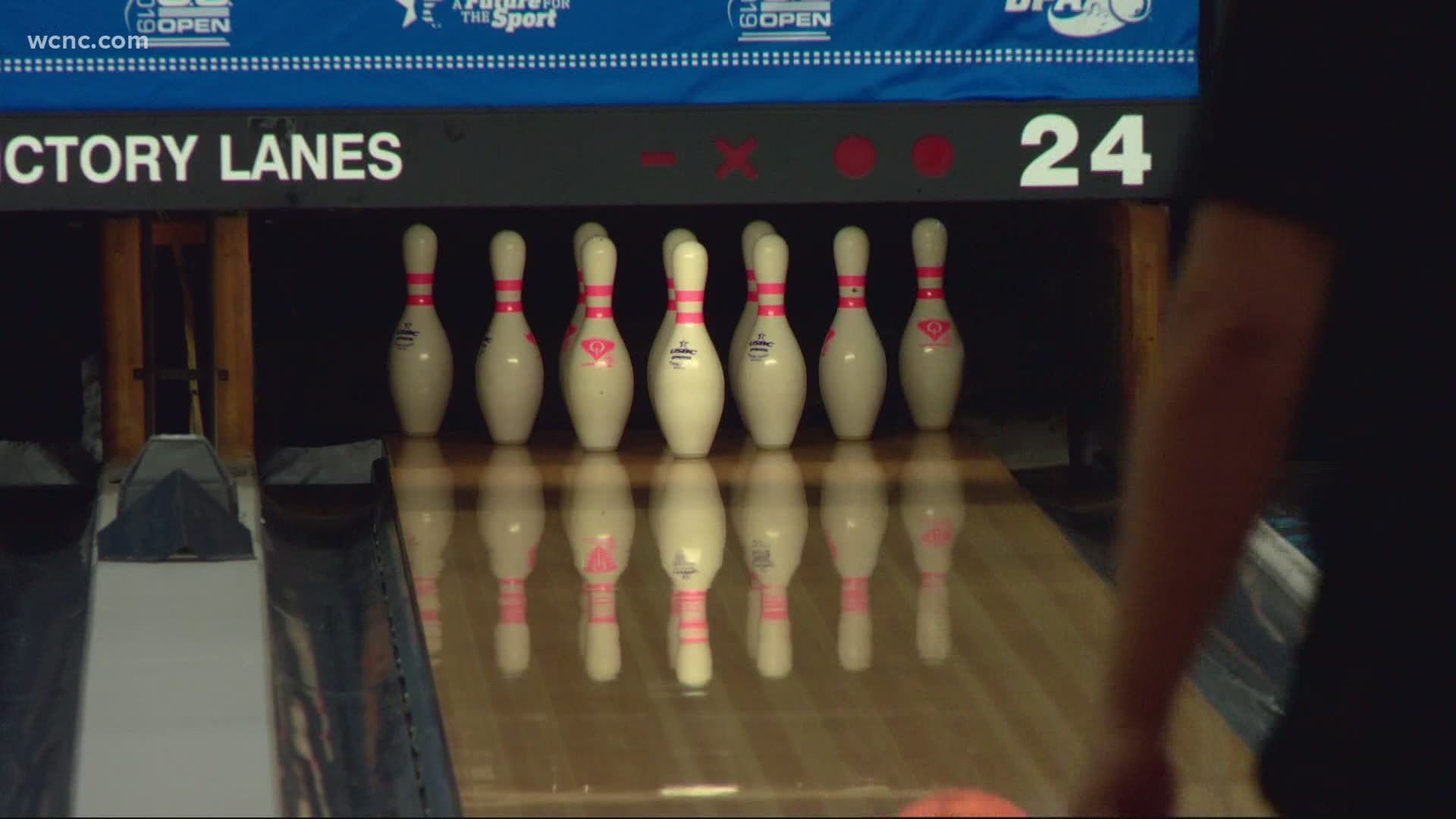 MOORESVILLE, N.C. — Victory Lanes in Mooresville has been opened for about the past week, defying Governor Roy Cooper's executive order for bowling alleys to remain closed.

The owner said business is trickling in, with many just happy to be back. But revenue isn't anywhere close to where it should be.

Still, Paul Kreins, the owner of the bowling center, said he's just happy to be back.

"Another three weeks would have been just enough to put us over the edge," he said.

Bowlers aren't slowing their rolls either, despite the governor vetoing a bill Thursday that would have reopened bowling alleys.

In a statement the governor said in part:

"Bowling alleys and skating rinks exhibit many of the risk factors under the best available scientific and medical data. In these places, people gather in close proximity, are indoors with recirculating air, stay in the space for an extended period of time, and engage in physical exertion. Opening these higher-risk facilities would spread COVID-19..."

"That is just absolutely not true," Kriens rebutted. "And there is no way that he or anyone can convince me that somehow we promote the virus more than Walmart or Home Depot."

In an earlier story that WCNC Charlotte reported, Kreins said he lost roughly $800,000 while being closed for the past three and a half months.

He hasn't made anywhere close to the money he once was making.

That's only 25% of the normal revenue that came in during the same four days, last year, according to Kreins.

He has not been cited by authorities and said Mooresville's police chief supports his decision.

WCNC Charlotte reached out to the Mooresville Police. A spokeswoman said the department is the enforcing agency for the Governor's order since the bowling alley is in their jurisdiction, but said the chief had not spoken with Kreins.

Kreins is understanding when it comes to the seriousness of the virus and doesn't want anyone to get sick. However, he wants the governor's order to be fair for all businesses.

He and the staff keep the bowling alley as clean as the can. Sanitizer is scattered everywhere throughout the building. Masks are encouraged and given to those who forget one. Every party is spread out, with only every other lane being used. Bowling balls must also be checked out and are sanitized before and after use.

Those who were bowling on Thursday agreed.

"They're doing a good job of keeping everybody spread apart, and there are sanitizer and places to wash your hands," said Ron Hassay who was there with his two daughters.

"I like it because I see the distance," added bowler Maria Bonilla, who was visiting family from New York and celebrating her granddaughter's birthday at the bowling alley.

"I feel like it's necessary to keep the community up and alive," said William Cunningham, who was bowling with his friends.

A risky roll, defying an order but causing pins to fall again, as the owner hopes his business will still stand.

"We still got quite a long way to go," said Kreins.

RELATED: "We don't have a lot of tools to fight COVID-19. I wish we did," says NC health leader