It was a small business set to open right before the pandemic hit. Now, the owner of a Mooresville race shop is wondering if he'll ever see his dream fulfilled. 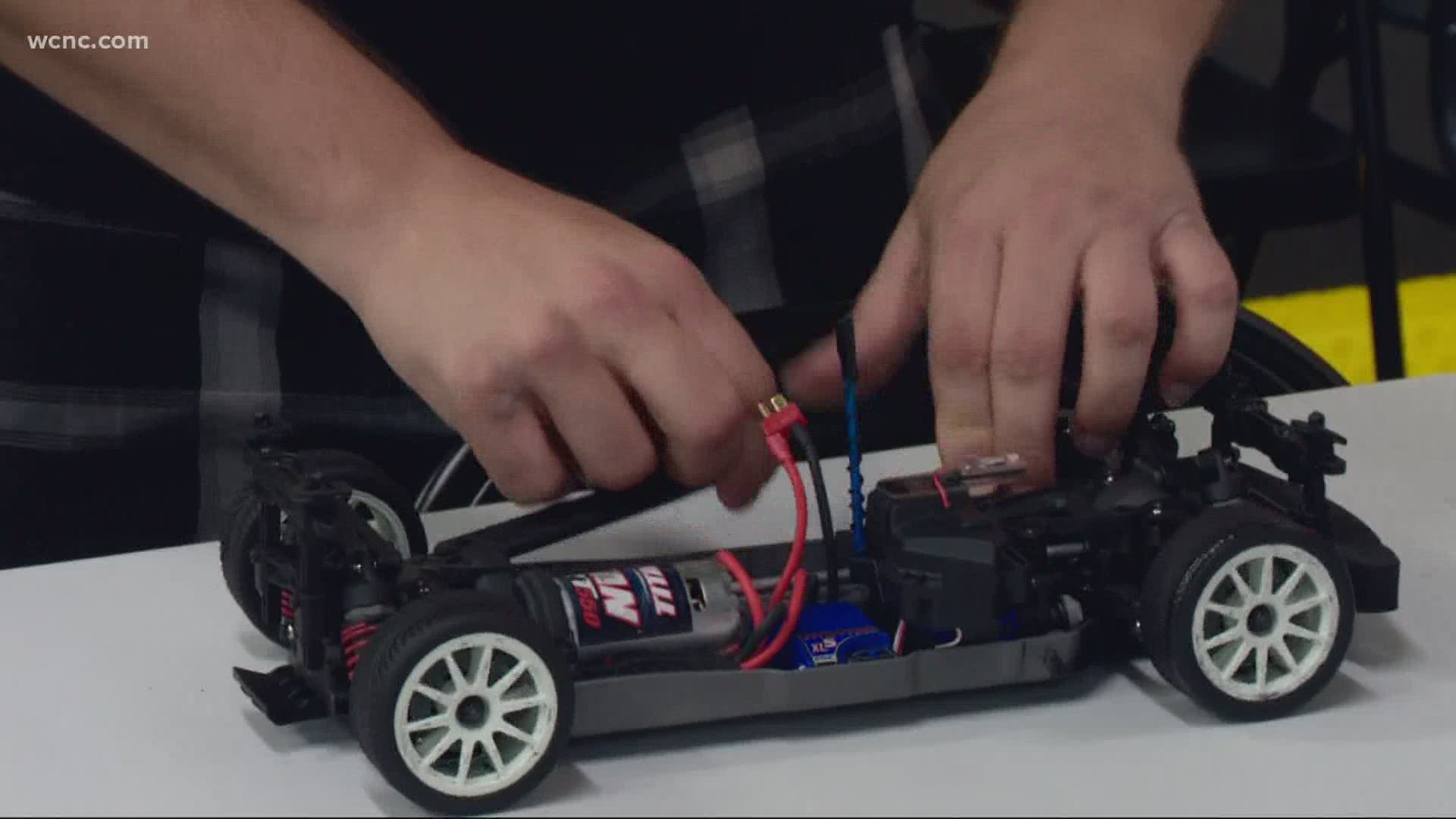 MOORESVILLE, N.C. — The owner of Race City Speed Factory in Mooresville is racing to open, but fears he may have to pump the brakes for good as his never-before-opened-business remains shut down.

"It's tough," said Matt Murphy who was set to open up the entertainment business in March.

It's a place he dreamed of for years. A place for anyone to build radio-controlled cars and race them on an affordable budget.

Dozens of potential customers were interested, according to Murphy. He said some 60 to 70 people wanted to turn out for the grand opening.

He turned an old CrossFit gym into an indoor radio controlled race car track. It quickly became his pride and joy.

"So it resembles like your typical NASCAR track oval shape," he said as he gave WCNC Charlotte a tour.

The only thing that's been missing is actual races since he has never actually opened.

"I mean I chased the American Dream and I just don't know how long I can sustain this," he said.

The Race Lineup sheets on a wall by the track have remained empty for three and a half months. Usually, there would be up to eight cars racing on the track at a time, and several tournaments being held for bragging rights.

Nowadays, only a couple of people are able to run practice laps on the track at a time, due to restrictions set on indoor entertainment venues. The few customers that pay his business a visit, must keep their social distance, use hand sanitizers, and follow other state guidelines.

Not having dozens of people in his shop to race in tournaments, means he isn't bringing in nearly enough money to stay afloat.

"Unfortunately, if this keeps going like it is, we may never have the opportunity to open our doors to the public, before we file bankruptcy," Murphy explained.

Murphy built his dream like a lot of small business owners do, by taking on more than $100,000 in debt via loans. He has the ordinary rent and electric expenses as well, and other bills that come with owning a business.

Every month his shop is closed, he's losing roughly $15,000 in business, according to Murphy.

He applied for aid but nothing has come in.

"We haven't qualified for anything," he added.

The reasons: his business wasn't open, so he didn't have a 2019 Federal tax return, and he hasn't hired employees due to not being able to officially open, he said.

Now, time is ticking as he hopes restrictions will loosen up, as the virus continues to spread in the Tar Heel State.

"If September 1st comes around and we're not able to open, this will probably be a dream gone down the drain," he said.

If you would like to help keep Murphy's business alive, you can donate to a GoFundMe account set up here.

President Trump at Rushmore: Jets and fireworks, but masks optional