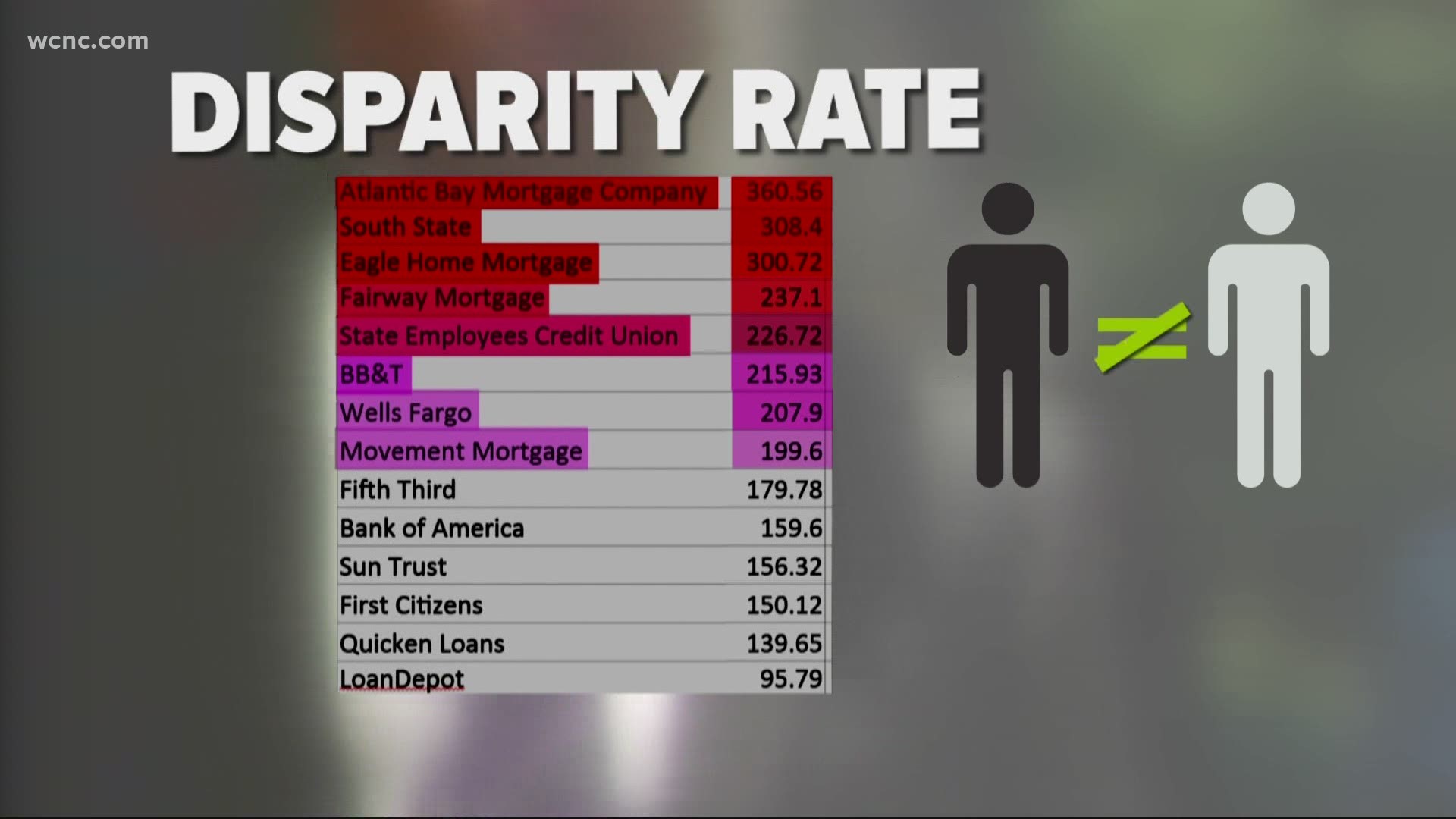 CHARLOTTE, N.C. — A Charlotte lawmaker and the NAACP are calling for action after a WCNC Charlotte investigation uncovered widespread lending disparities that show Black people are more likely to be denied home loans than their white counterparts.

After hearing our findings, Rep. Alma Adams (D), NC-12, questioned the problem during a recent meeting.

"It is still a problem and it shouldn't be," Rep. Adams said. "We really need to address this issue. This is a critical issue."

"We need to press this even more," she said. "We're on it, we know that it exists and we're going to try to do some things to fix it."

Federal data show most of the largest lenders in the Charlotte market deny Black applicants two to three times more often than whites, largely due to credit history. Advocates say addressing the systemic problem requires an even stronger commitment from banks, credit unions and mortgage companies, the borrowers themselves and the federal government.

Charlotte-Mecklenburg NAACP President Rev. Corine Mack said the lending disparities we identified are the result of hundreds of years of oppression, which created persistent socio-economic disadvantages. She said the system needs to be "revamped."

"It never ceases to amaze me that in 2021 we are dealing with this, that race still continues to be the biggest disease in this country," Rev. Mack said. "It's the never-ending battle for Black people and it's not to say that there hasn't been some Black success. There has been. We know that, but in comparison to our white counterparts, it's minimal and that should not be and that is because the system is not working. We deserve a good quality of life just like anyone else."

Community Link president and CEO Floyd Davis, Jr. said the persistent disparities tell him, "Nothing has changed." He said any real change needs to come from the federal level.

"The mortgage industry today was created for the veterans who were returning from World War II," he said. "It really favored the profile of a white veteran returning home from the war and giving them a leg up. At that time, people of color were not able to get mortgages. Those practices have continued down through the years and they're still with us today."

With a new administration in the White House, the federal agency that oversees the mortgage industry is now taking a closer look at the system, calling racial equity a top priority. The Consumer Financial Protection Bureau recently started analyzing some of the same federal lending data, because the agency believes a level playing field for home mortgages is critical.

"We have a hearing (coming up) on this issue and we're going to see if we can't get it fixed," Rep. Adams said. "I am absolutely optimistic about it and hope that we don't have to have this same kind of conversation another four years from now."

During a subcommittee hearing in late February, Rep. Adams questioned the pervasiveness of lending discrimination.

"It's very wide scale, especially when you consider that almost all of the technologies that we use in the lending space, automated underwriting systems, risk-based pricing systems and credit scoring systems, discriminate against consumers of color and other underserved groups," National Fair Housing Alliance President and CEO Lisa Rice told Rep. Adams. "The discrimination is very prevalent, which is why we really have to work to de-bias all of these technologies that we're using in the housing and financial services space."

In addition to systemic changes, Rev. Mack said the NAACP wants even more of a focus on implicit bias training.

"What needs to change first is the way people see each other," she said. "The way that they view people of color affects how they treat people of color."

Advocates say lenders and borrowers need to do more too, adding more branches in Black communities and new loan products for Black applicants and investing more in improving financial literacy, which translates to better credit, more savings, less debt and a better chance of securing a mortgage.

WCNC Charlotte is holding a town hall Tuesday at 9 p.m. after our "Where's the Money?" investigation identified widespread lending disparities in the Charlotte market.

The hour-long town hall will answer viewer questions on everything from financial literacy to tips on applying for a mortgage. In addition, panelists will highlight efforts in the community aimed at increasing homeownership.

If you have a question about how to overcome lending disparities for people of color, e-mail us or text us at 704-329-3600. During the live event, you can join the conversation on YouTube and Facebook.