The bill presented Thursday would use federal money to pay people $1,500 as an incentive for taking a new job. 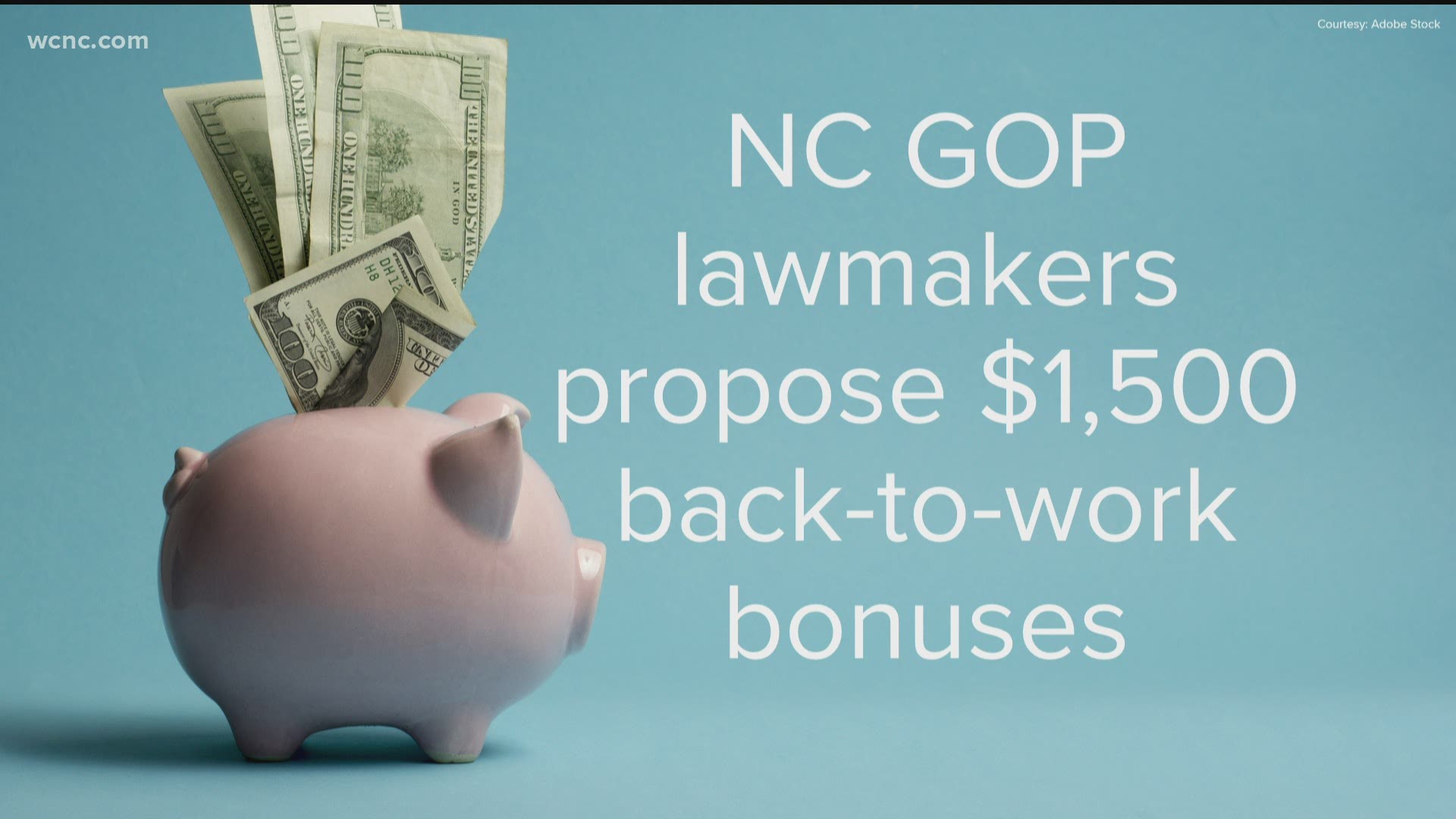 CHARLOTTE, N.C. — A handful of North Carolina Republicans are trying to figure out a way to entice people back to work, including the possibility of cash bonuses.

"We see a lot of businesses that have just closed. They put up signs that say, 'We will be back when we can find employees,'" said Sen. Chuck Edwards, R-Henderson, who presented the bill Thursday.

The proposal is a $1,500 back-to-work bonus for those who work at least four weeks. Lawmakers behind the proposal want to use federal money to pay for the bonuses.

If this were to take effect, it would also change the requirements for people on unemployment back to the pre-pandemic standards and cut off benefits for those who don't go to job interviews they're offered.

As of earlier this month, the average unemployment benefit in North Carolina was $495 a week, according to the Division of Employment Security. That includes the additional $300 a week people are receiving from the federal government.

This proposal comes as businesses in North Carolina and South Carolina, as well as a lot of other states, are having trouble filling openings.

RELATED: 'This is the worst I've ever seen' | Restaurant owners struggle to hire staff

Some companies in our area are offering signing bonuses for workers, including Carowinds, Amazon, and an electric scooter company called Spin.

Other companies are taking a different route and raising their minimum wage to try to get people back to work.

We are pledging up to $2M to support communities impacted most by COVID-19 pandemic; $1M to @FeedingAmerica and up to $1M to @GoodSportsInc through a 30-day Healthy at Home fitness challenge on UA’s apps, @MyFitnessPal and MapMyRun. #TheOnlyWayIsThrough https://t.co/LFPpXrnffv

Under Armour announced Wednesday that they're joining McDonald's, Walmart and Chipotle in upping their hourly rate.