In mid-July Gov. Cooper will decide if bars, gyms, and other businesses will be able to re-open amid the pandemic. Some businesses have already closed for good. 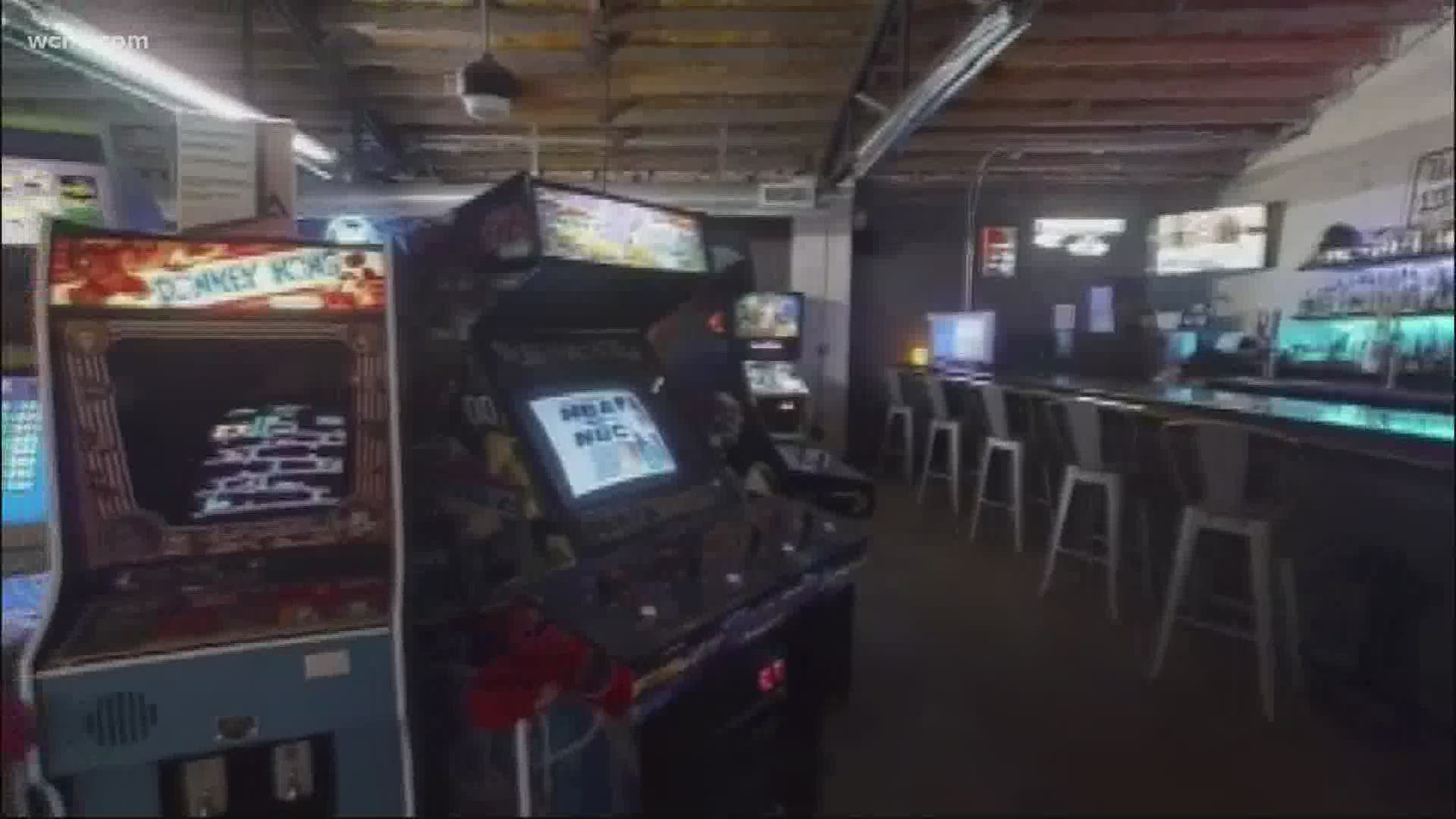 CHARLOTTE, N.C. — As you drive down North Davidson going north from uptown Charlotte, you can't miss it. Decorated with Pac-Man and Mario murals and decorations on the outside, Abari Game Bar sits in a brick building.

It's a place that Zach Pulliam dreamt of opening and finally did in 2016.

"To give people that nostalgia of playing games with friends," he explained.

Lately, for the past three and a half months, his business his doors have been closed, and his 'open' sign hasn't been illuminated.

"I feel tired and beaten, and I don't know, you lose all optimism after a while," he said.

His business is running out of lives, and time. But it's no game for Pulliam.

"If this decision in mid-July is 'push it back again,' I mean that's like fire-cell time," he said.

It's a fateful decision thousands of businesses will have to make in the coming weeks and months, according to Dr. James Slate, economics and statistics associate professor at Catawba College.

He didn't want to give a forecast on when things would start to get better but made a guess on how much longer a majority of businesses have until they will be forced to close permanently.

North Carolina has roughly 890,000 small businesses, which employ about 1.6 million people, according to the Small Businesses Administration.

For those that do re-open, the rebound will take some time.

"The trend is going to be a slow recovery," Dr. Slate explained. "There's not going to be an on-off button and bam, and we're back. It's going to take time."

He said it would likely take years to recover, as college classes continue to graduate in a job market that has uncertainty.

Pulliam is hopeful he can pull out a win, but the hope is dwindling.

"All my optimism is gone, I just have to be a pessimist now and just err on the side of caution on everything," Pulliam said.

Pulliam received a PPP loan, but he said it was gone within a day on expenses that piled up. He spent 75% on his pay-roll, which is required under the terms and conditions.

A GoFundMe page has raised more than $10,000 for the game bar. Pulliam said that would cover the building's rent for two months, buying him time. However, he's unsure what will happen after that.

Charlotte woman says doctor took time to braid her hair before surgery: "To have that experience, it is priceless."