Annette Wilson and her husband, Wray, waited months for unemployment. Then suddenly, Wray died, leaving his wife with a massive pile of debt and a broken heart. 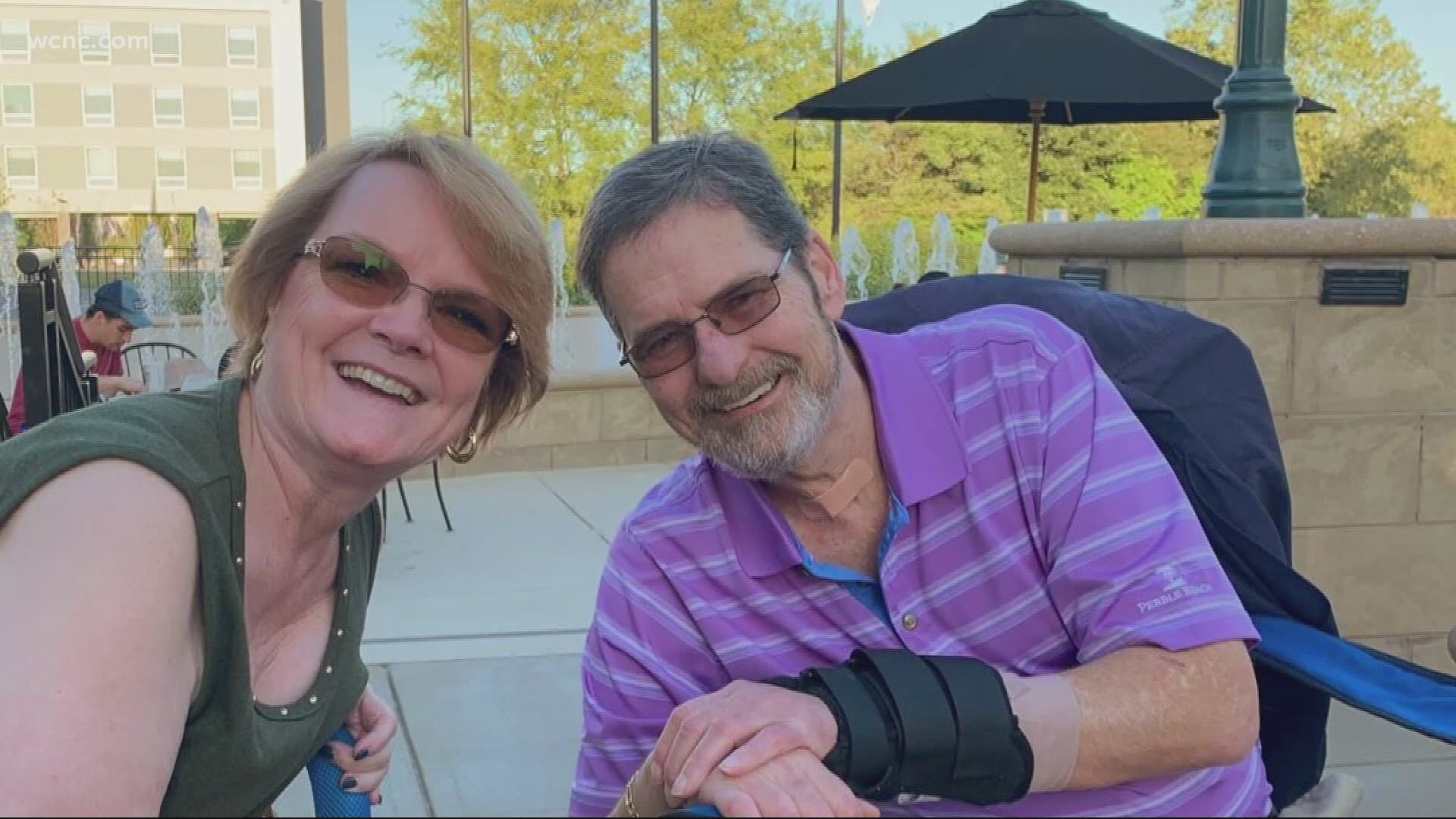 CHARLOTTE, N.C. — A North Carolina widow's heartbreaking struggle with North Carolina's unemployment system was made even harder by her husband's sudden death, leaving her desperate to make ends meet.

Annette Wilson's husband suddenly died while they were facing lengthy delays getting their unemployment benefits. Annette Wilson said she couldn't afford her car payments or the mortgage.

With nowhere to turn, Annette contacted WCNC Charlotte's Defenders for help getting the money.

Just days after the Defenders started digging into Annette's case, North Carolina approved her benefits; however, she said it's bittersweet to receive the payments after her husband's death.

Annette started dating Wray Wilson in Puerto Rico, where he was from, when they were teenagers in 1982.

"He was my first true love that I never got over," Wilson said.

But their lives took different paths, and eventually, they married different people.

"I came back to the States brokenhearted," she said.

However, more than three decades later, Annette got a call from Wray about possibly getting back together.

Annette and Wray Wilson through the years

1 / 5
The Wrays
Annette Wilson and Wray Wilson pictured together

"I've been waiting on this call for 32 years, 'Yes, please come here,'" Annette told Wray. "In November of that year, we got married."

At the time, the happy couple had no idea their waiting game wasn't over.

Wray was granted benefits, but, by the end of June, the couple exhausted their unemployment help, so they applied for an extension. Annette said 13 weeks passed with no answer from North Carolina.

"We waited and waited, and it kept on saying, 'pending,'" Annette said, referencing her husband's unemployment account. "My claim was escalated six times."

Then suddenly, and unexpectedly, Annette and Wray ran out of time together. He passed away in his sleep on Labor Day.

Annette recalled knowing something was wrong when he didn't respond when she woke up.

"I called my friends, and they came in, and they were trying to wake him up, but he was already gone," Annette said.

Suddenly, Annette was facing a financial loss and a very personal loss at the same time. Annette told WCNC Charlotte she was unable to grieve Wray's death because of the massive financial burden she shouldered.

The bills were too much. Annette was unable to afford the car payment and her mortgage on a single income.

"My church is helping me pay it because the bank will no longer give me any extension," Annette said.

And since the unemployment account was in her husband's name, Annette said she didn't know what to do next. She turned to WCNC Charlotte, and just days after the Defenders brought her case to the state's attention, she checked her bank account. For once this year, she got a positive surprise.

“I was completely floored because I kept thinking 'Wait, wait, wait,' and it was there,” said Annette. "I believe I'd still be waiting if it hadn't been for you all acting on my behalf, and I'm so grateful. I really am, from the bottom of my heart."

However, Annette says she's still left with a hole in her heart.

"It was wonderful but bittersweet," she said. "Now that the money is there, he's not there to enjoy it with me."

Annette said she plans to use some of the unemployment money to pay back what she owed for her husband's funeral costs.