People across the Carolinasreact to Panthers owner David Tepper's comments about a potential new stadium in Uptown. 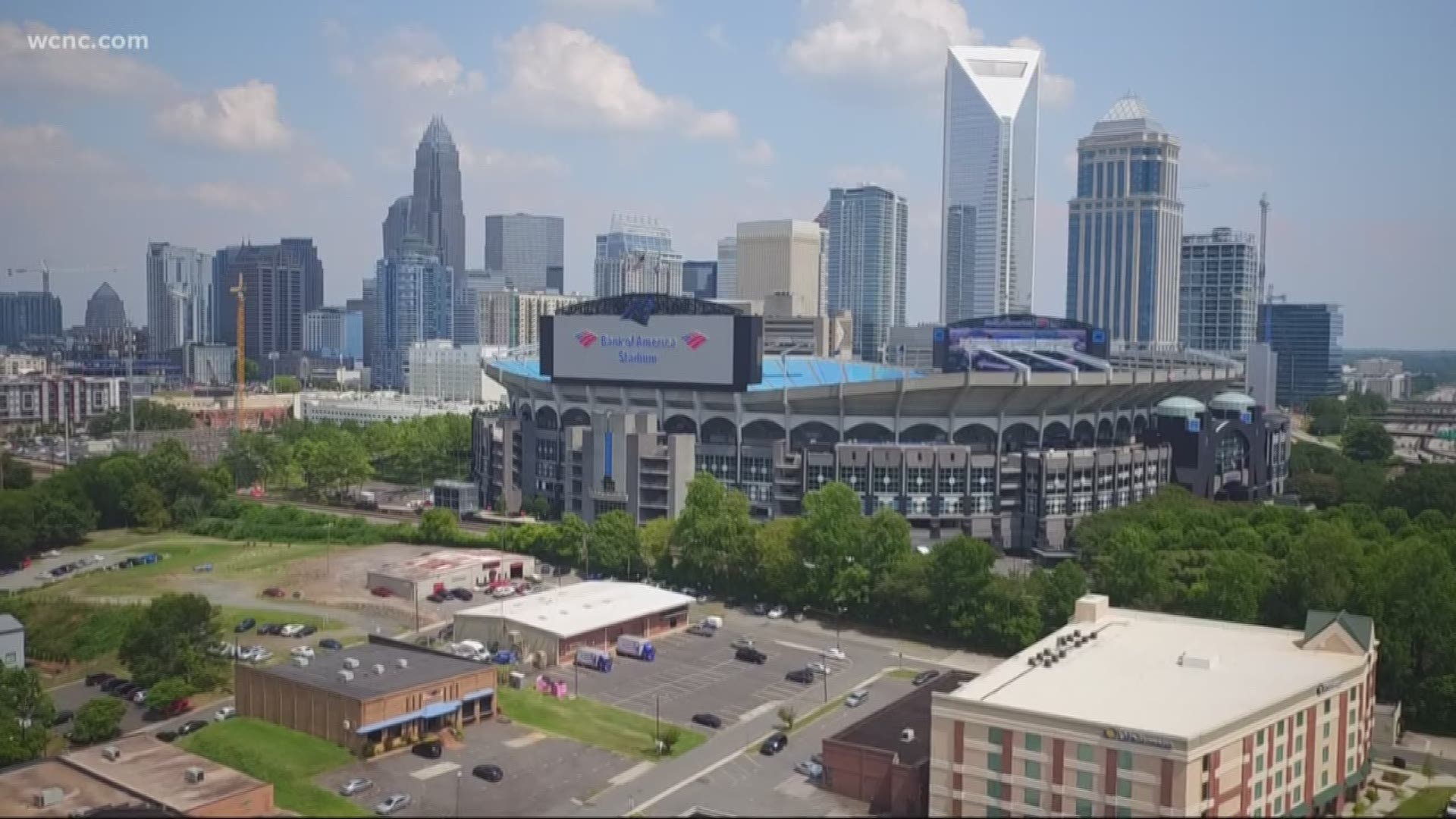 CHARLOTTE, N.C. — People across the Carolinas are reacting to Panthers owner, David Tepper’s comments about a potential new stadium in Uptown.

Tepper was asked if it’s possible to put a new stadium at or near the existing site. He said, at this point, he has not formally sat down with the city regarding a stadium proposal. However, earlier this week, Tepper told the Sports Business Journal he’s prepared to make a big investment if he can get the state and others on board.

“It’s going to be with the city,” Tepper said Wednesday. “We can’t do stuff by ourselves."

In the SBJ report, Tepper said the economy is big enough for a hotel revenue tax increase, which would go a long way to help pay for a new stadium.
“These are not the same dollars that are coming out of yours and my pocket,” city councilman Larken Egelston said. “[Those dollars] can only be used for things that are tourism drivers, like the convention center or the Panthers stadium.”

If Tepper wants a new stadium, it would likely cost more than $1 billion. The two newest NFL stadiums in Atlanta and Minneapolis were funded by a mix of private and public money. Georgia coughed up $200 million in state hotel tax dollars.

“If it’s seven, eight, nine years out, we have to start talking about it and thinking about it,” Tepper said.

For his part, Tepper is already thinking about potential locations in or near Uptown.

“Listen, if we could do it, we would do that,” Tepper said. “It’s a great place for a stadium. There’s different land around that we might have to do something.”

Just a few blocks away from Bank of America Stadium, Charlotte Pipe and Foundry Company owns a plot of land at least as big as the area where the stadium currently sits. There have been recent reports about the company moving its foundry plant out of Charlotte as a result of a incentives bill.

“While we continue to study and evaluate the project – no decision has been made by our senior management regarding building a new plant,” Muller said in an email. “As you can imagine a project of this complexity is a major investment so we are still doing our due diligence,” said Muller.

Tepper’s recent comments are likely an effort to engage in a public conversation about the feasibility of a new stadium. As he alluded to Wednesday, going from the first steps of a stadium plan to a finished product could take the better part of a decade.