Restaurant owners say they are ready to reopen full time and with fewer capacity restrictions but they can't because they don't have enough staff to fill the jobs. 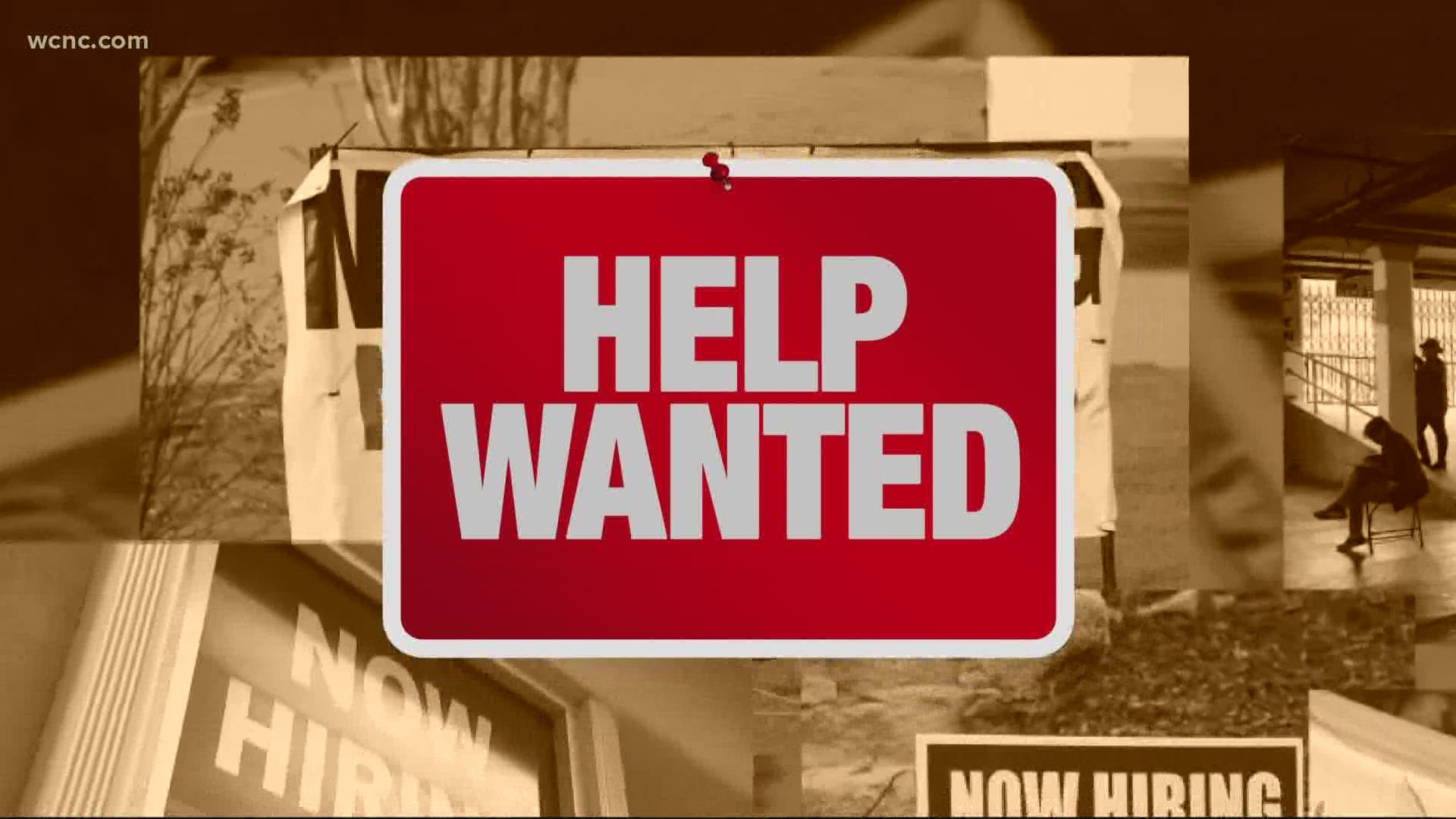 CHARLOTTE, N.C. — A federal jobs report showing fewer people went back to work than the White House and many top economists predicted was not surprising to Charlotte restaurant owners who are struggling to fill open positions.

“Twenty-eight years in the industry and this is the worst I’ve ever seen,” said Charles Read, standing behind the bar in Queen City Craft and Gourmet in South Charlotte. “It’s never been this bad.”

Read said he recently posted a hiring sign in his restaurant’s window, something he said he has rarely had to do in his decades in the business. In the last two weeks, he has only had one applicant.

“What we’re seeing is unprecedented,” Read said. “We’re used to hiring, training, turning over people, that’s what this industry is, but right now the only applicants we’re getting are high school kids.”

Read said he’s hearing a number of reasons why people are not applying.

“A lot of them found other avenues, either they’re driving for a service like Uber or got certified in real estate, or IT,” he said.

But others are saying the service jobs don’t provide as much income as unemployment benefits.

According to government reports, right now around 16 million people are still claiming unemployment benefits — and 12 million of those unemployed workers are on federal pandemic emergency programs, which expire in September.

Many are receiving about $600 a week, or about $15 an hour when including the additional federal pandemic unemployment benefits.

South Carolina Governor Henry McMaster announced this week that he is cutting off federal unemployment benefits in his state, effective June 30.

In a letter to the state department of unemployment and workforce, McMaster said the benefits are hurting the ability of businesses to re-hire staff, calling the money “a dangerous federal entitlement, incentivizing and paying workers to stay at home.”

Read has now boosted the starting hourly wages at his restaurant to try to compete with the unemployment benefits. Positions that once paid $10 an hour are paying $12; positions that were $12-$13 are now $15.

But even that is not bringing in enough applicants, Read said. He has had to reduce hours at his restaurant because he only has enough staff for one shift.

He believes people need to be incentivized to return to work and thinks North Carolina should consider offering bonuses to people who get a job and keep it for at least 30 days.

“People do need help and they need help financially because our bills didn’t stop when work stopped but now that we’re through it and now that anybody who can get a shot has the ability to get a shot we need to move on and we need to encourage people to come back to work,” Read said. “I’m not saying take the money away but let’s re-work the system where it benefits them.”