When will there be a second stimulus payment?

The short answer: at least not until the end of July. 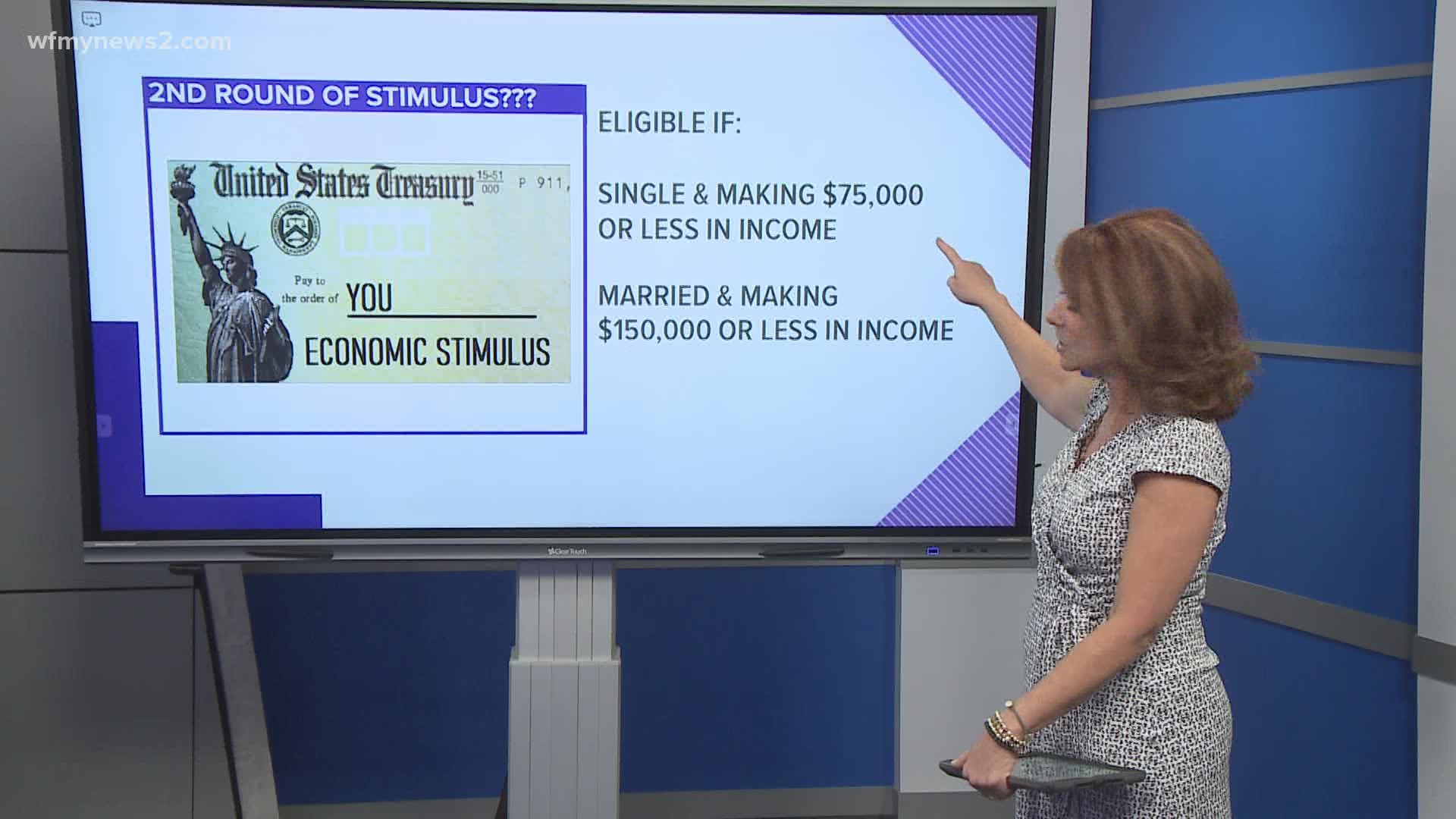 GREENSBORO, N.C. — You're calling, you're emailing, you're messaging me. And it’s all to ask one question, “Is there going to be a second round of stimulus payments...and when?”

The House has passed the HEROES ACT, which provides for all kinds of funding, including stimulus. But the Senate is not on board.
Even still, here's what financial experts are saying,” From what we are hearing from the White House, there will be a second round of stimulus. But don’t look for it soon, it's likely not to be passed until July 20, so you’re looking at the end of July.”

What could the second round of stimulus look like in your bank account?
If the Heroes ACT holds up ---which it probably won't fully-- but if it did,
each member of a household would receive $1,200.
Age doesn't play a part. Kids get the $1,200 too.
But the household cap is $6,000.

RELATED: Where is your stimulus payment?

RELATED: The IRS is warning you about losing your stimulus payment

RELATED: She waited for her stimulus check and then it came ripped in half!

What we also don’t know is how the payments will be determined. The first stimulus payments were based on 2018 and 2019 tax returns. Will these be too? If so, that could affect how much you get, even if you have had several major life changes like the loss of a job or the birth of children.

RELATED: Where are the robocalls coming from? The NC AG is trying to find out