Delays in jobless benefits are nothing new for some who continue to wait on their Pandemic Unemployment Assistance. 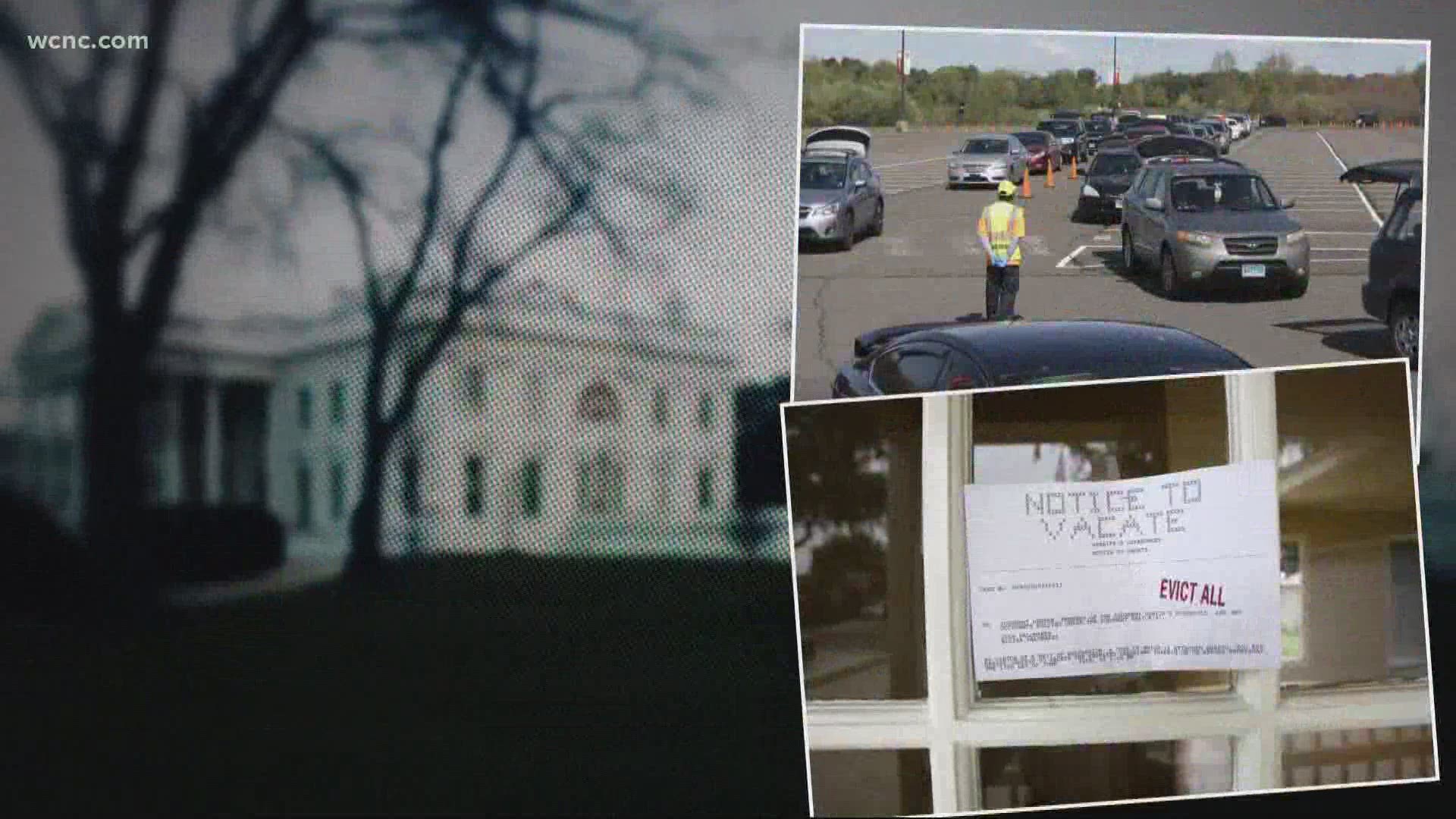 CHARLOTTE, N.C. — While more financial help is on the way for both working Americans and those who remain unemployed, some still haven't received their complete first round of COVID-19 assistance.

Charlotte waitress Emily Partin said she can't even focus on the new stimulus package yet, because she's still waiting on her initial Pandemic Unemployment Assistance.

"You're grateful that there's another package that has been approved...However, in my situation, I'm still pending from prior programs," the single mother said. "If I'm being completely honest, I lose sleep at a night a lot."

Partin said her initial unemployment benefits stopped in late October and her PUA is still pending.

"It's been a struggle," Partin said. "You're scared to spend any money."

"They've been looking at my case since July," he said "It still says pending and it's been pending since then."

He's found a new job that helps some but said he still needs the additional help.

"You have all these bills coming at you and the government gave you this program and you applied and you're still waiting and you're just getting further and further behind," he said. "I don't know what to do."

While states continue to play catch up in rare cases, they also now have more work to do. North Carolina and South Carolina reported they are awaiting federal guidance about how to move forward with newly approved extended benefits.

"These benefits cannot be paid until official guidance is received and the benefits system is reprogrammed," the North Carolina Division of Employment Security said Monday.

President Trump signed a bill Sunday that provides stimulus payments, extends jobless benefits and adds a $300 weekly unemployment supplement. However, his delay in approving the legislation is expected to cost millions of people a week of their benefits and slow down the receipt of their extra $300 a week.

Even without delays, the South Carolina Department of Employment and Workforce reports "the time from the passage of a bill to program implementation within a state can take up to 4 to 6 weeks."

An additional wait is not what people like Emily Partin want to hear. The recent graduate will soon become a frontline worker.

"I will be a pediatric nurse beginning February 1," she said. "I've always wanted to help people, always had the desire to care for anyone who can't care for themselves."

The woman who is now dedicating her career to helping others continues to wait for help of her own.

WCNC Charlotte reached out to the state on both Partin and Murphy's behalf weeks ago. DES pledged to try and help out. The agency has since connected Murphy with neighboring South Carolina to resolve his claim.

DES continues to say the state is "working hard every day to bring all claims to a timely resolution," adding some require more time and attention to resolve.

"Thank you for working to connect us with people who need assistance—we are happy to help in whatever way we can," a DES spokesperson said.