Still haven't received your stimulus check? Here's what may have happened, and how to get your money

There is a long list of reasons people’s checks may be delayed. But so many say they can’t afford to wait much longer. 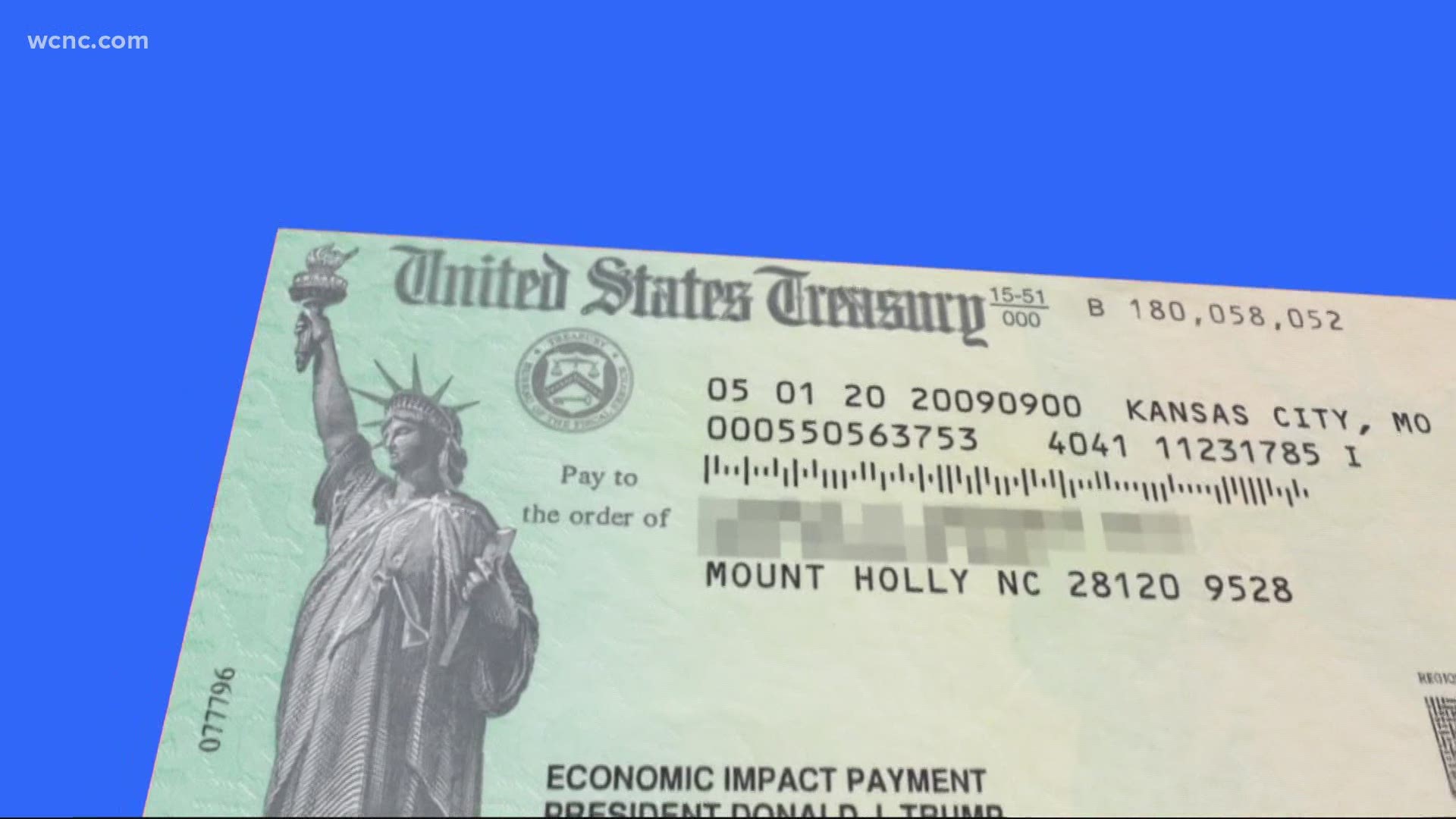 CHARLOTTE, N.C. — The IRS has been hard at work delivering the second round of stimulus checks into people’s bank accounts.

But as of last week, an estimated 13 million Americans who qualify for the $600 payments still haven’t seen a dime.

Some say they never even got the first check last spring.

There is a long list of reasons people’s checks may be delayed. But so many say they can’t afford to wait much longer.

Both stimulus rollouts have been fraught with issues, questions, and delays.

"Taxpayers are frustrated, and rightly so," said Soree Finley, attorney for Charlotte Center for Legal Advocacy's tax clinic. “Each taxpayer situation is different of why they may not have received it."

One of the most common issues this time around came down to a technical issue with tax filing companies. Many checks were erroneously sent to now-closed, temporary third-party bank accounts used in the refund process.

"I noticed that it said that deposit was going to be January 4, and it had the wrong account number," Paula Smith told the WCNC Defenders. "We're like most people that were paycheck to paycheck so to see that that was that was really scary, to know that possibly someone else had our money and will never see it.”

Smith says H&R Block eventually corrected the issue and rerouted the money to her correct account.

“It took me to tweet you guys," Paula said. "And it was like, hey, there's my answer. And there's my money.”

Many others have reported their checks were mailed to old addresses or accounts.

Some people were fraudulently claimed as dependents or had unresolved tax issues or missing forms from 2019.

Others say their check simply never processed, with no explanation.

Many say their checks were listed as mailed in early January but still hadn't arrived weeks later. The IRS said it could take up to 4 weeks for mailed checks to arrive.

Finley says Americans who qualify for the stimulus but don’t receive it for whatever reason can claim it during tax filing.

It will come in the form of a tax credit called a “recovery rebate credit.”

“If you have not received by the time you go to prepare your file your 2020 tax return, I suggest taxpayers in many situations, go ahead and claim it on their recovery rebate credit," Finley said.

But for many, a few more weeks of waiting means mounting stress, and bills left unpaid.

“I understand the frustration, I understand the disappointment," Finley said. "But unfortunately, I don't have a better answer for some taxpayers in situations like this.”

RELATED: A third stimulus? How much you might get and when