With Congress poised to pass another round of small business rescue funding, Charlotte-area businesses wonder if they'll get left in the dust again. 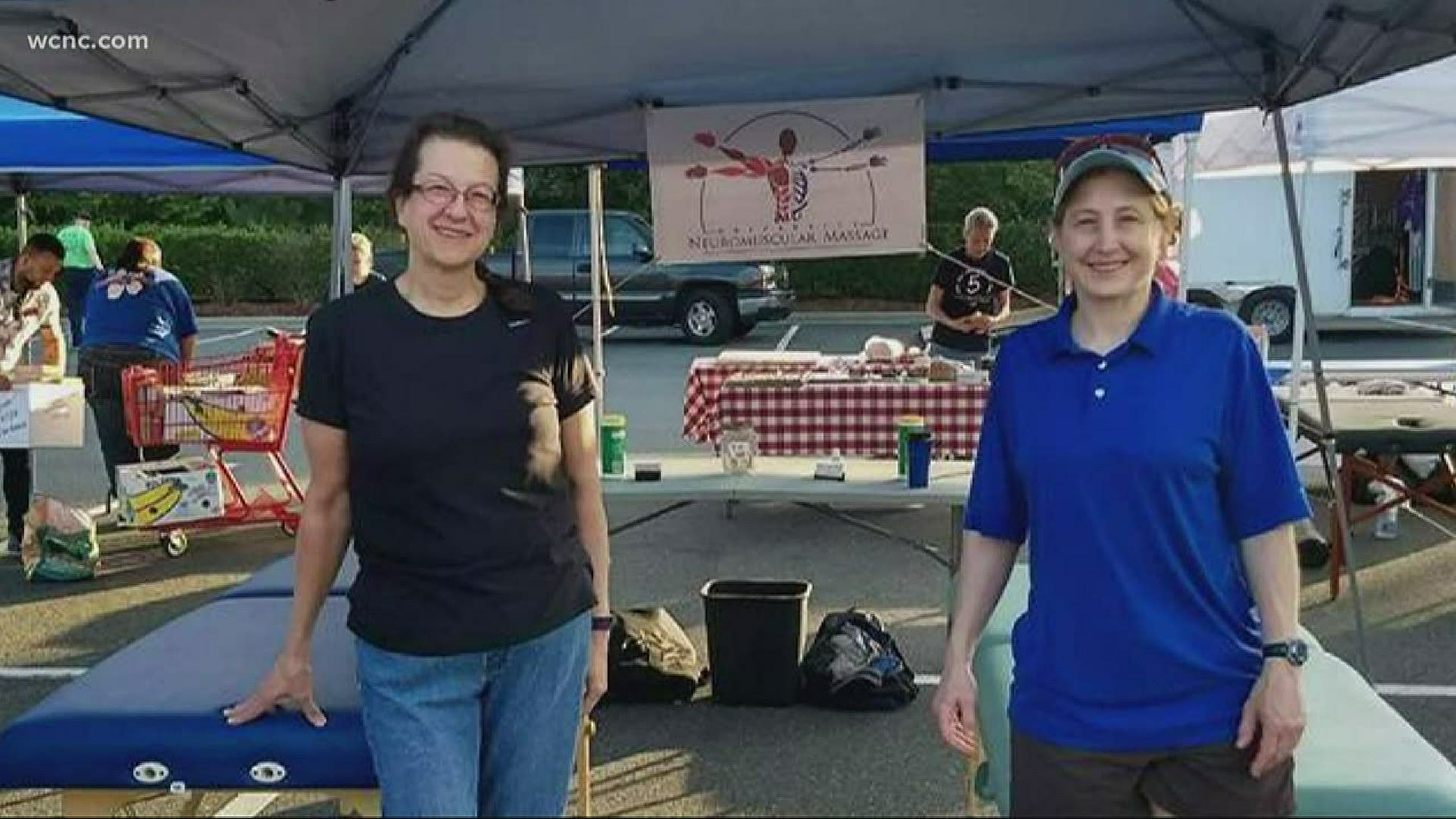 CHARLOTTE, N.C. — From the local to the federal level, billions of dollars in rescue funding has gone to North Carolina small businesses during the coronavirus pandemic, but for so many in the queen city--not a dime to be seen.

Nicole Thomas and her business spartner own the massage therapy company University Neuromuscular Massage. They've been out of work for more than a month.

"We were one of the first who had to close doors due to the nature of our business. Our business is one-on-one," said Thomas.

Earlier this month, Thomas applied through Bank of America for the Small Business Administration's Paycheck Protection Program, a $349 billion pot of funding launched on April 3. The money dried up in 13 days.

Eventually, it came to light that dozens in publicly-traded companies received a cut. Thomas' company? Nothing.

"We're just being swept aside and left to die. It's crazy," said Nicole Thomas.

Not only that, but Thomas has no idea about the status of her application, filed April 4.

WCNC Charlotte reached out to Bank of America, which said applications were processed first-come, first-served. The company said since additional funding for the PPP is likely on the way, businesses can continue to submit applications, and once more money becomes available, those applications at the head of line will go to the SBA.

Mecklenburg County set aside $6 million for small businesses, but that, too, is gone. The county’s $1 million Microbusiness Stabilization Fund still has money, at last check.

The City of Charlotte also approved a $1 million microbusiness fund. That website appears to be accepting applications still.

The numbers paint an alarming picture for small businesses.

"It's a lot of mixed emotions and mixed signals," said Rinald Covington, who is also in massage therapy. "We really don't know what's going on."

For Covington, the past few weeks have been a sobering lesson in navigating gig work, food pantries, and food stamps. He says it's like trying to keep himself and his kids afloat, with no idea how long they'll need to tread water.

"All I can really do is take it with a grain of salt and keep trying to make it day-to-day," said Covington.

Congress is expected to pass more coronavirus funding this week, with more money directed at small businesses and more stipulations to ensure the funding gets to the companies that need help.

Thomas is skeptical that the process won't play out like the last round. She's continuing to hunt for other loans and grants.

"It feels like we don't matter--that we're not part of America--and we are the backbone of America," said Thomas.

RELATED: With relief funding dried up, business owners wonder how to stay afloat

RELATED: 'Every single day that we don't do that, small businesses die' | Charlotte councilman proposes this reopening idea