Take KARE of Your Money: Students surprised by taxes on scholarships

Everything was going smoothly until tax time rolled around last year, and Sarah learned her scholarships came with a hidden cost. 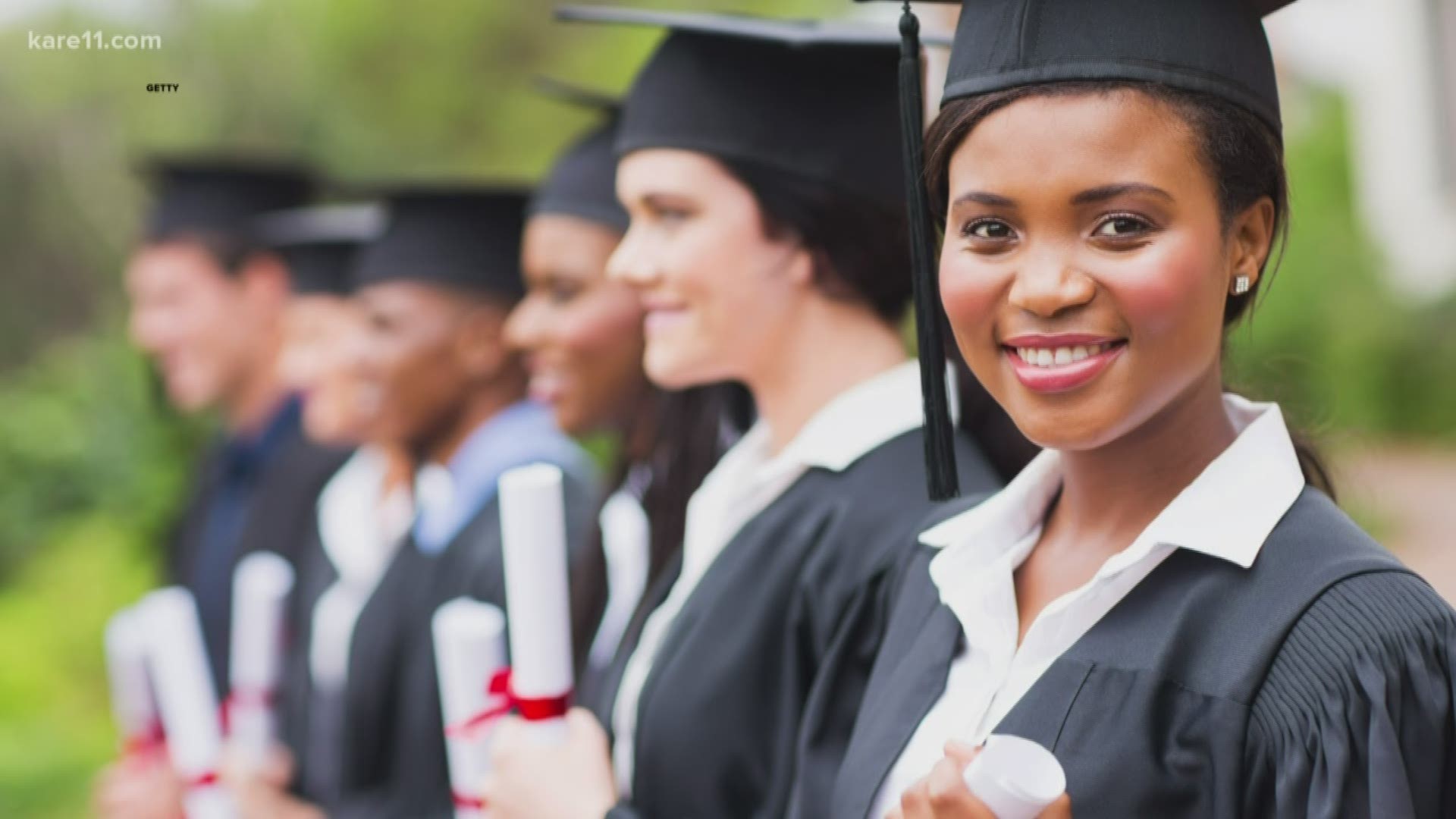 GOLDEN VALLEY, Minn. — It's a New Year, and we all know what that means. Tax time!

While you're filling out that fun paperwork, you might be in for a big surprise if you or someone you know received a college scholarship this year.

Sarah is a student on a budget.

She grew up in Rochester and went to the local community college, and is now on a full ride to Yale to study Global Affairs.

"I was very lucky to get this opportunity,” Sarah says.

Everything was going smoothly until tax time rolled around last year and she learned her scholarships came with a hidden cost.

RELATED: Scholarship Displacement: How earning one can actually hurt you

"I didn't even think about that they would be taxed," Sarah says.

It pretty much erased the tax refund she gets every year.

She was relying on that money, because she’s a single mother of two kids and every penny matters.

Had she known about it beforehand, she says, losing her tax return wouldn't have been as big of a deal. But suddenly losing thousands of dollars put her in a tough spot.

"I had to change some plans around and figure out where to cut corners to make it work."

It's not exactly new.

Scholarships have been taxed since 1985.

Not the part that goes to tuition, that's tax free; but everything you spend on room and board can be taxed.

The problem is, most students don’t know about this until the tax bill comes along months, or even years later.

For reference, 37% is the same amount you pay when you win the lottery or go on a game show.

RELATED: Why FAFSA was trending after the US airstrike in Iraq

Scholarship America is a nonprofit group based in the Twin Cities that has handed out more than $4 billion worth of college scholarships since 1958.

Ballard says most of the students they work with have no idea their scholarship can be taxed.

So, in turn, students don't budget for it, and then come tax time they're blindsided when they have to pay thousands of dollars.

"Students don't know this exists and that makes it even more dangerous, because it's a liability that will not go away," Ballard says.

Not only is it hard on students, but Ballard says taxing scholarships also penalizes donors who work hard to earn that money.

And many of these donors aren't very happy when they find out a big chunk of the money they raised doesn't actually go to the students they're trying to help.

Scholarship America and other groups are working to change this in Washington, D.C.

The good news for them is, Congress recently voted to lower this tax rate on scholarships.

That change will go into effect for this upcoming tax season and with the 2020 tax law change students can retroactively go back and amend their previous tax filings in 2018 and 2019 to lower their tax burdens.

But Ballard and Scholarship America say the issue still remains.

At least for the foreseeable future, students like Sarah will be on the hook for thousands of dollars.

"Taxing them and taking away from somebody who needs that to get an education, I think it just hurts all of society," Sarah says. "It hurts everyone."