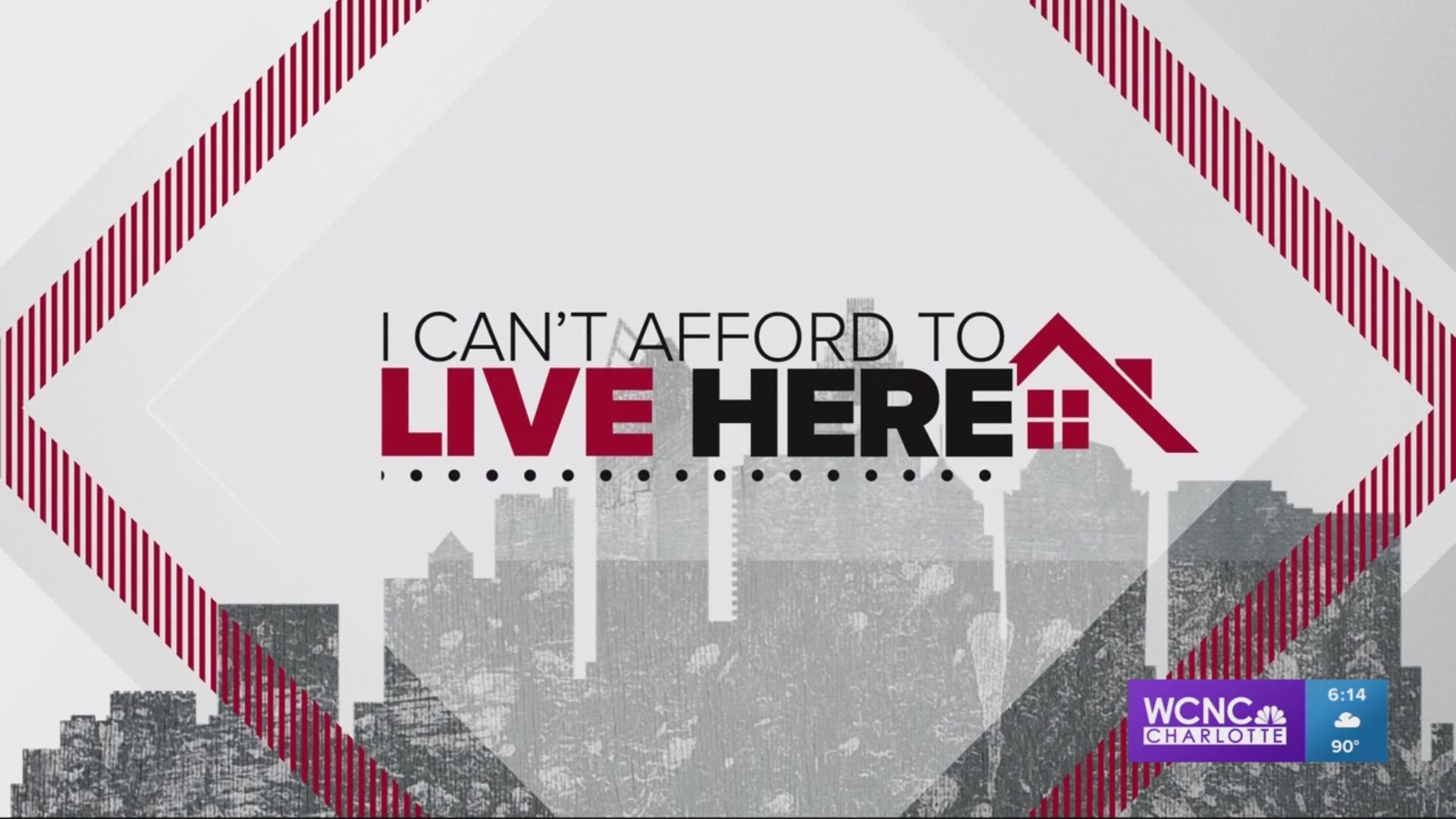 CHARLOTTE, N.C. — If you live in Charlotte you will need to make about 2.7 times the state's minimum wage to afford a two-bedroom apartment in the state, according to a new report.

The report, released by the National Low Income Housing Coalition, shows you need to make almost $20 per hour to afford the average two-bedroom apartment ($1,028 per month). The average hourly wage needed to afford a two-bedroom rental in Charlotte is $19.77, up from $17.44 in 2017.

That requirement is almost three times the state's minimum wage of $7.25.

In Camden County that number is higher with residents needing to make at least $20.81 to afford a 2-bedroom apartment. The average two-bedroom apartment is about $1,082 or 2.9 times the minimum wage.

In Raleigh, you'll need to earn $20.88 per hour, while people who live in Greensboro-High Point only need to bring home $14.79 per hour.

Related: Check the housing wage in your zip code

According to the National Low Income Housing Coalition, Hawaii, California, and Massachusetts rank the highest in terms of how much money someone needs to make to afford a 2-bedroom in that state.

North Carolina, which required at least a $16.95 per hour wage to afford a two-bedroom, had the 30th highest housing wage in the nation, according to the report.

The report gets its data from the U.S. Department of Housing and Urband Development. Read the full report and see additional data about rent in the Carolinas here.