Does cutting the cord really save you money over having traditional cable or satellite? Here's a cost comparison using real-world expenses to help you decide. 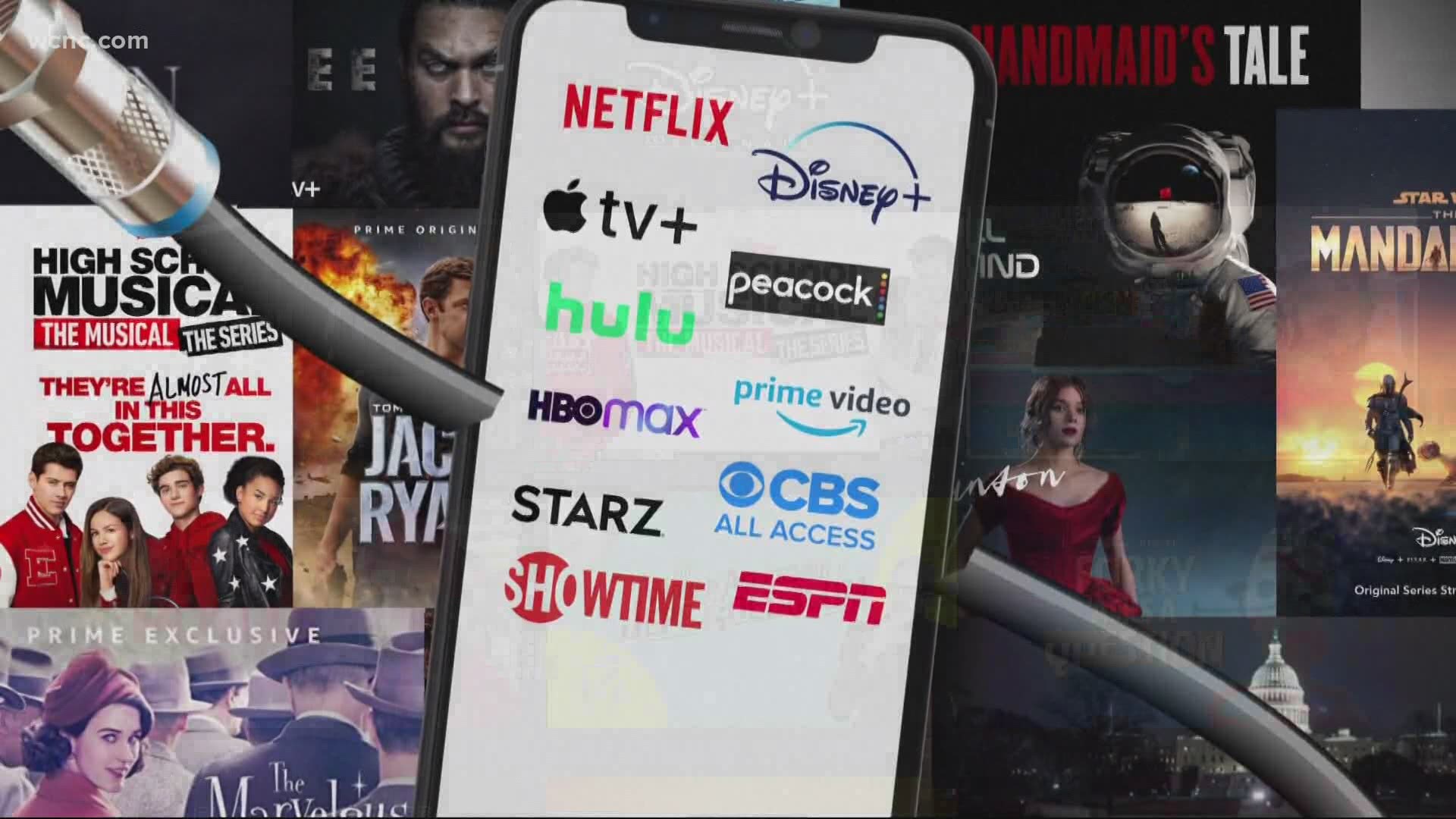 CHARLOTTE, N.C. — It seems like there's a national day to celebrate and recognize just about everything and everyone.

Tuesday, Feb. 9 is National "Cut the Cord Day," so basically, it's a day for you to consider ditching cable in favor of streaming. During Super Bowl 55, CBS debuted a "coming soon" for their rebranded Paramount Plus streaming service that's scheduled launch in March.

WCNC Charlotte did some research to explore if streaming really saves you money over traditional cable.

Industry experts say more than 55 million people will have cut the cord by 2022. More than 18 million already jumped in with both feet as streaming services hit new highs during the pandemic in 2020.

TV sure has evolved since it’s debuted in the 1950s. It all started with black and white pictures, it later shifted to color, then in the 1980s, to cable. In the '90s and 2000s, satellite TV was the rage, and now it's streaming. But will streaming save you money or is it all just a business ruse? Let's compare.

RELATED: Disney Plus to increase prices in early 2021 after announcing new originals

Back two years ago, his cable bill, all in, including internet, was $219 a month. Bill and his family ditched cable in favor of streaming, but is he saving money?

There are a lot of things to consider, the chief among them being solid and reliable internet access to make streaming enjoyable.

WCNC Charlotte reached out to Spectrum, a large cable provider about cord cutting. They issued the following statement:

“Spectrum TV offers a variety of plans to match our customers’ interests and budget. The Spectrum TV lineup offers more than 240 HD channels, up to 50,000 On Demand movies and shows — and the Spectrum TV App enables you to access your content on a wide variety of devices and platforms, including iOS and Android devices, Apple TV, Xbox One, Kindle Fire tablets, Google Chromecast and Samsung Smart TVs."